Australian shopper hoards more than 5,000 rolls of toilet paper – but now he’s stuck with his stash after being banned from selling them online

A shop owner has revealed how he was approached by an Australian shopper to buy 5,000 rolls of toilet paper after the panic-buyer was banned from selling it online.

The Adelaide grocer, who asked to remain anonymous, said the man came into the store after stocking up on loo roll during the coronavirus pandemic.

He had a total of 5,400 rolls while stock around the city was in low supply, according to Nine News.

An independent grocer claims they were approached by a man trying to sell more than 5,000 rolls of toilet paper after he was banned from selling it online (stock)

The outbreak saw Australian shoppers rush to the supermarkets in order to stock up on essential items such as toilet paper, pasta, rice and flour.

However panic-buying left shelves bare and forced major supermarkets such as Coles, Woolworths and Aldi to introduce a one-packet per customer restriction on toilet paper.

The man told staff at the independent grocer he had been banned from trying to sell the toilet paper online.

Last month online marketplaces such as eBay and Amazon announced they were cracking down on sellers trying to make a profit out of the crisis.

Items such as toilet paper, hand sanitiser and face masks were being sold for up to seven times their usual market price.

Since March 19 eBay Australia has been trying to remove such advertisements from their site.

‘Our teams in Australia and globally are working around the clock to manually pull down hundreds of thousands of inflated listings, but are struggling to keep up,’ an eBay spokeswoman said. 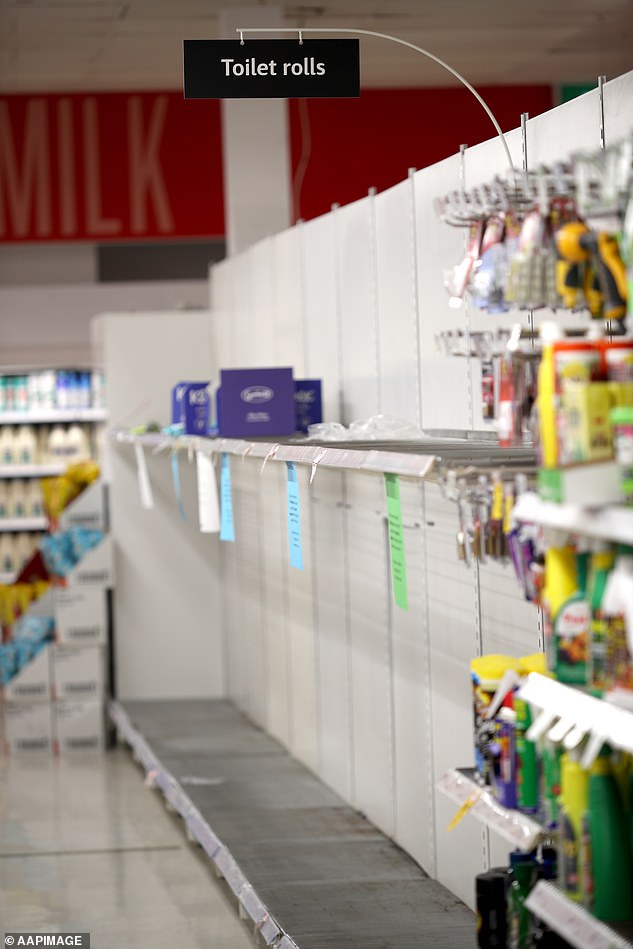 Panic-buying left shelves bare and forced major supermarkets such as Coles, Woolworths and Aldi introduce a one-packet per customer restriction on toilet paper. Pictured: A Coles in Adelaide (stock) 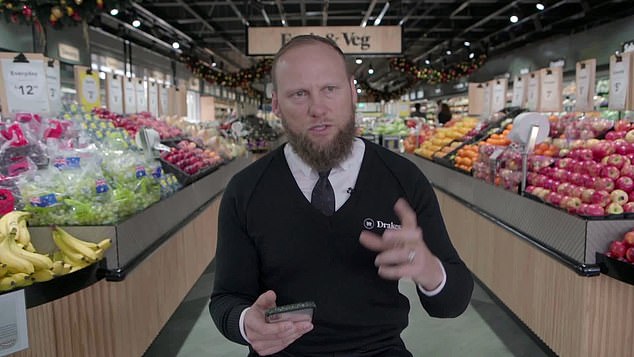 ‘We urge buyers not to overpay for their essentials during this time.’

Meanwhile an Amazon Australia spokesperson said they removed hundreds of similar advertisements from their website.

John-Paul Drake from Drakes Supermarkets said toilet paper is still a much-sought after item in their stores.

Mr Drake said: ‘Toilet paper is the hardest product to get, still. We’re still getting weekly deliveries but the delivers are not their normal full quantities.’ 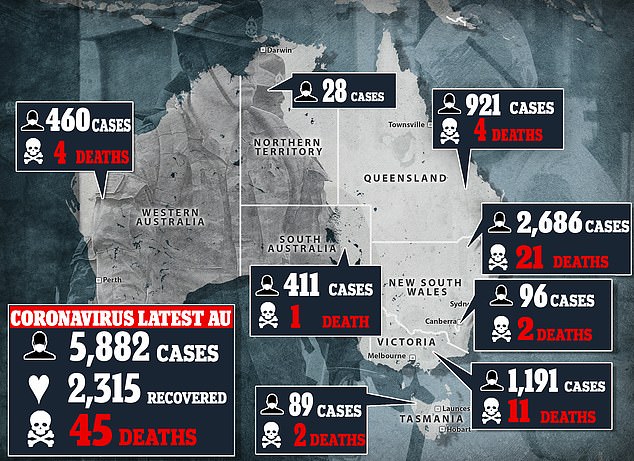 Australia has had 5,849 cases of coronavirus, 45 deaths and had 2,315 people recover from coronavirus as of Tuesday morning