Sam Kerr has completed a glorious FA Women’s Super League campaign, scoring a Golden Boot-sealing goal in the 5-0 victory over Reading that ensured Chelsea retained their title as English champions.

The Australian Matildas captain volleyed home her 21st goal of the WSL season in the 71st minute at Chelsea’s Kingsmeadow home on the season’s final day to ensure she won the prized accolade as the league’s top scorer.

Kerr also played a big part in three more goals, assisting on two for her strike partner Fran Kirby and producing a point-blank header which was well saved but fell to Erin Cuthbert to scramble home a fifth.

The sixth Golden Boot for Kerr in five years for four different teams is her first in the UK after a string in the Australian W-League and United States’ NWSL. 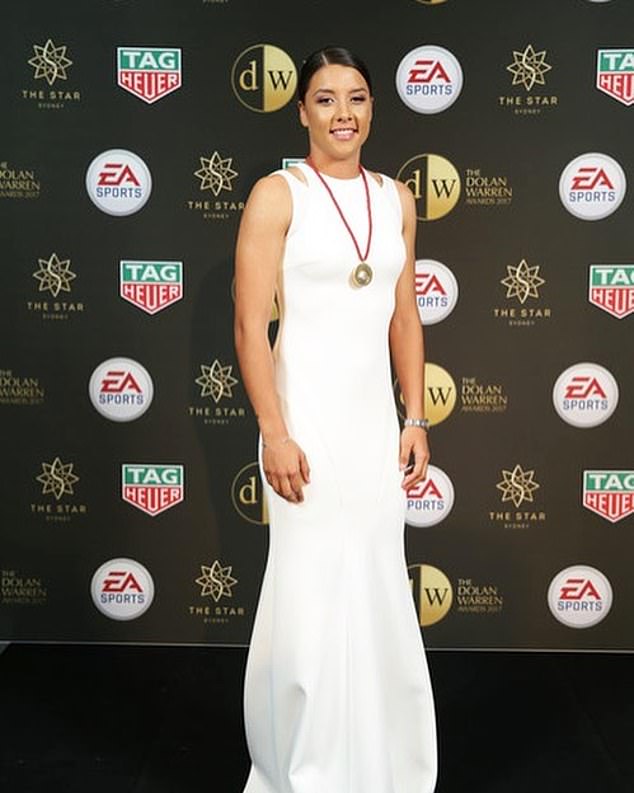 ‘But this probably means the most to me out of all my golden boots,’ Kerr said, after being criticised for a lukewarm start to her Chelsea career last year.

‘I feel like a lot of people said I had to come to Europe to prove myself and here it is.’

Typically, though, the consummate team player was now more interested in ensuring Chelsea successfully defended their crown as they finished two points clear of Manchester City, who won 1-0 at West Ham United despite two penalty saves from the Hammers’ Matildas goalkeeper Mackenzie Arnold.

‘It’s a dream come true – they’re amazing,’ Kerr said of the star-studded Blues side whose triumphant season may not be finished yet.

While her goals – 27 in all competitions – have already helped Chelsea to a WSL-League Cup double, Kerr is desperate to cap it all by winning the Women’s Champions League against Barcelona in Gothenburg on Sunday. 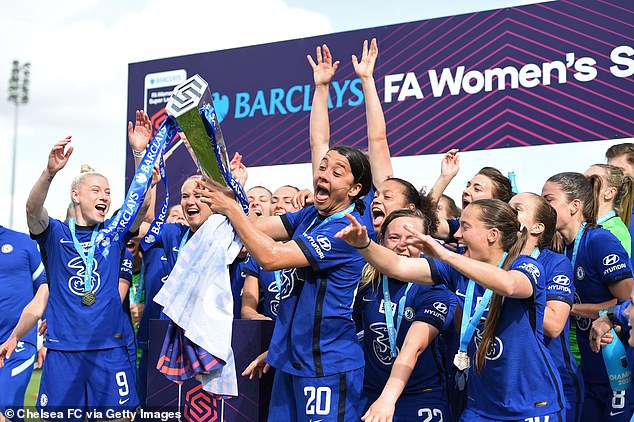 Still in the FA Cup too, the Blues could achieve a ‘quadruple’ of trophies, a feat only previously achieved by Arsenal.

Kerr is only the second player to net 20 goals in a WSL season and has taken over from Arsenal’s Vivianne Miedema, who had topped the scoring chart the past two seasons and finished this campaign with 18.

‘She’s been on fire this year and she’s a joy to play with. I know when I put it in the area she’s going to score.’ 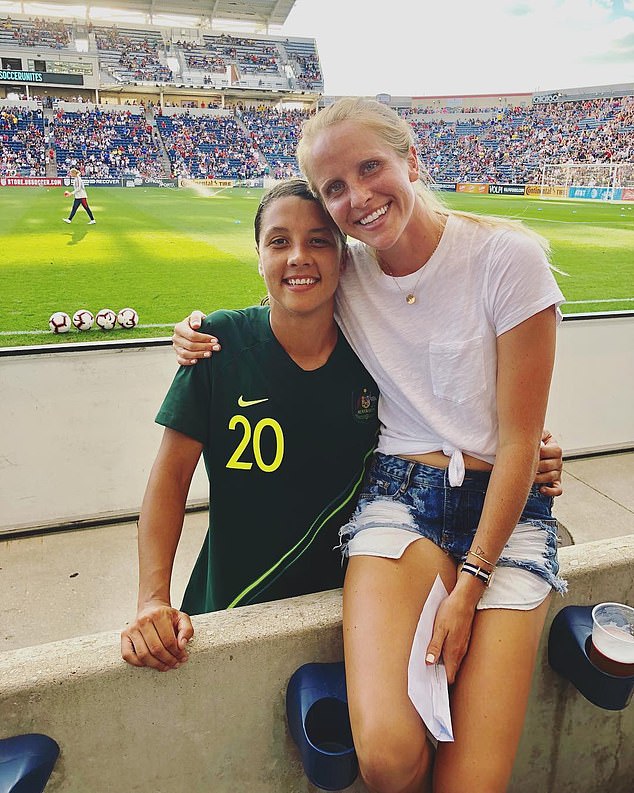 Chelsea, who have now won a record fourth title, finished on 57 points from 22 games, two clear of City and nine clear of Arsenal, who in Australian coach Joe Montemurro’s last game in charge bagged the final Champions League qualification spot.

‘When you’re in the midst of it, you don’t really think about it,’ Montemurro, who led the Gunners to the 2018-19 league title, said.

‘But now it’s coming to an end, it’s a little bit sad. 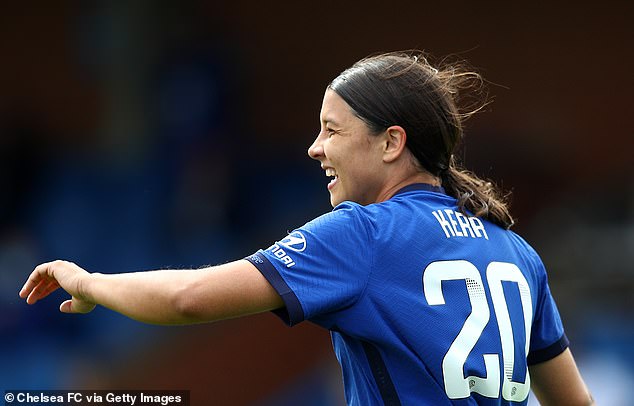