Australian states reveal when borders will open amid coronavirus crisis

Most Australian states and territories aren’t yet ready to discuss when they will open their borders – even to domestic travellers.

Queensland, Western Australia, South Australia, Tasmania and the Northern Territory all shut off their borders at the height of the coronavirus crisis.

Western Australia and South Australia have indicated they hope to lift restrictions by the end of winter, but that hinges on the success of other states eliminating local transmission of the deadly respiratory virus.

Federal Tourism Minister Simon Birmingham urged governments to open borders to domestic holidaymakers as soon as it is safe to do so to offer the tourism sector a much-needed lifeline.

Residents in New South Wales will have plenty of options for travel, including the scenic coasts or Byron Bay

‘We need people moving across this country again when it’s safe,’ he told Nine on Tuesday.

Tourism – which employs one in 13 Australians – has been one of the hardest-hit sectors as governments act to contain the spread of COVID-19.

Most staff in the industry have been forced on to wage subsidies or temporarily-boosted welfare payments.

Here, Daily Mail Australia takes a closer look at when each state will likely open their borders for holidaymakers again. 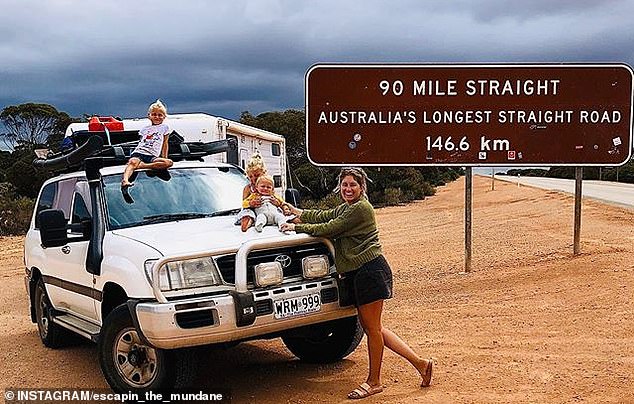 WA closed off borders in early April in an attempt to slow the spread of the coronavirus while the Northern Territory introduced mandatory hotel quarantines for returned travellers. Pictured: A family completing a roadtrip down the 90 Mile Straight in WA

Queensland may start opening up borders from July – but not all Aussies will be welcomed with open arms.

Premier Annastacia Palaszczuk said her state government hoped to ease some interstate travel as soon as possible, but people from New South Wales might not be allowed back in until September.

She released a Roadmap to Easing Restrictions earlier this month which signalled opening the borders and allowing tourism as a priority.

Queenslanders will be able to travel up to 250km from their homes for intrastate holidays from June 12.

From May 16, restrictions on visiting Fraser, Stradbroke and Moreton Islands for day trips were lifted.

But on Tuesday, Ms Palaszczuk said that would not necessarily translate to an open border policy.

‘I am not going to put at risk the lives of Queenslanders … there is community transmission in NSW and Victoria. If other states want to look at working with Queensland, absolutely I am open to that.

Ms Palaszczuk said she would continue to follow advice from the state’s chief health officer.

Australia’s Health Minister Greg Hunt said he was shocked at the announcement, labelling it ‘later than expected’.

‘Certainly I would imagine a New Zealand bubble could be in place before the 1st of October if not earlier, but I’m just working back from Queensland’s dates,’ he said on Tuesday. 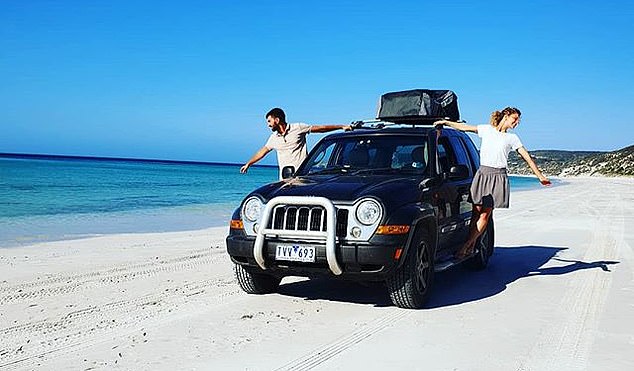 South Australia has indicated it will keep its borders shut until the end of winter.

State authorities are working to avoid a second wave of cases after entirely eradicating the deadly respiratory infection.

As a result, Premier Steven Marshall said borders will stay closed until other states and territories ‘perform’ and eradicate COVID-19 community transmission.

He said while other jurisdictions continue to record new cases and community transmission, opening the borders would remain a threat to SA, which has no active cases.

‘Opening up the borders would make us susceptible to that,’ Mr Marshall said. 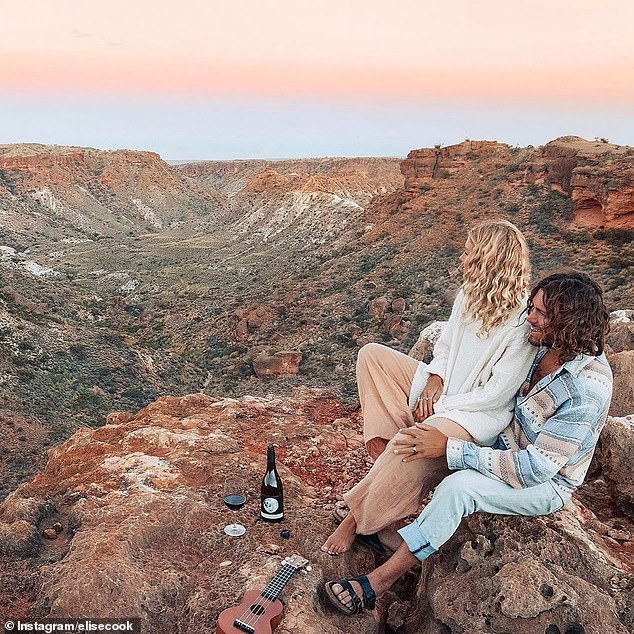 A spokeswoman for the Minister for Jobs, Investment, Tourism and Western Sydney told Daily Mail Australia it was imperative that New South Wales allowed regional travel as soon as it was safe to do so

‘We don’t have a date on it and it really does depend on how the other states perform.

‘There will come a time when the other states catch up to the position we’re in SA and at that point, we do want to open our borders, but at this stage, we won’t be opening them any time soon.’

He said if other states continued to increase their testing and contact tracing capability, decrease their new cases and eliminate their community transmission, his government would be quick to act. 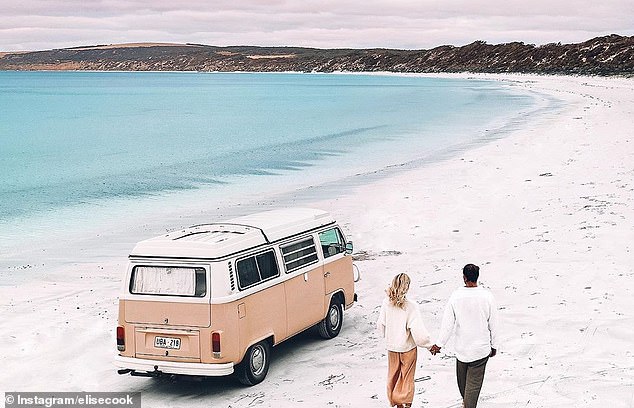 Similarly, Western Australia has also indicated borders will remain closed until the end of winter.

Premier Mark McGowan will not take any chances during the fight against COVID-19 and believes the health and safety of his people is more important than trying to boost the struggling economy.

It might be an inconvenience… But frankly, I don’t give a damn.

‘I know the New South Wales Premier is unhappy, I know Mr Birmingham is unhappy. But frankly, bad luck,’ he said on Tuesday.

‘We’re doing the right thing by the people of WA.

‘It might inconvenience the New South Wales premier and some people from the eastern states, but frankly, I don’t give a damn.’

WA closed off borders in early April in an attempt to slow the spread of the coronavirus.

Exemptions were put in place for essential services, but the state even put an end to travel between regions to avoid community transmission.

Mr McGowan said he would not consider opening the borders again ‘as long as is necessary to protect the health of West Australians’, which could potentially see them closed for months to come. 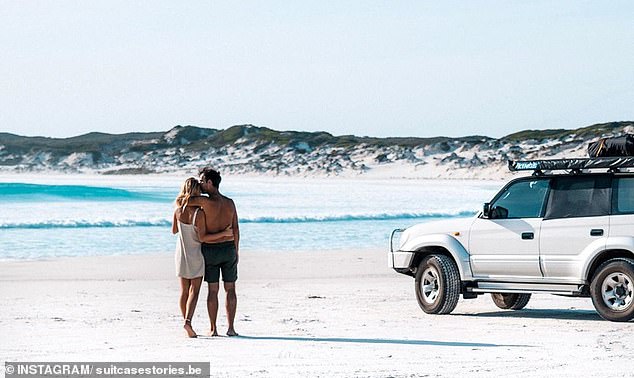 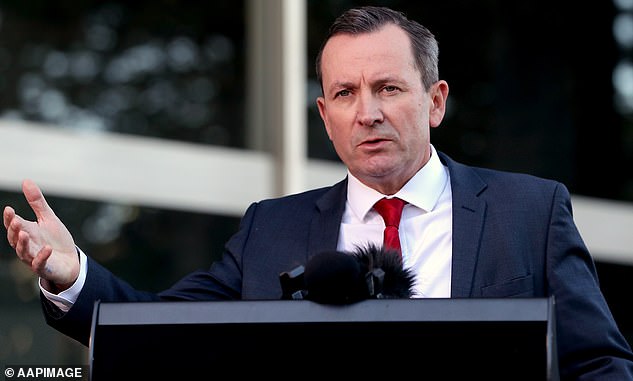 Tasmanian Premier Peter Gutwein will not entertain the idea of setting a date to reopen borders.

At present, any non-essential travellers arriving in Tasmania are required to isolate in a hotel specifically for quarantine for 14 days.

Returning Tasmanians will now be able to isolate at home rather than inside the hotels.

But there are no plans to relax those rules any further.

‘If we can continue to follow those rules… I expect that in July we will be able to set a date for when our borders will come down,’ Mr Gutwein said on Tuesday. 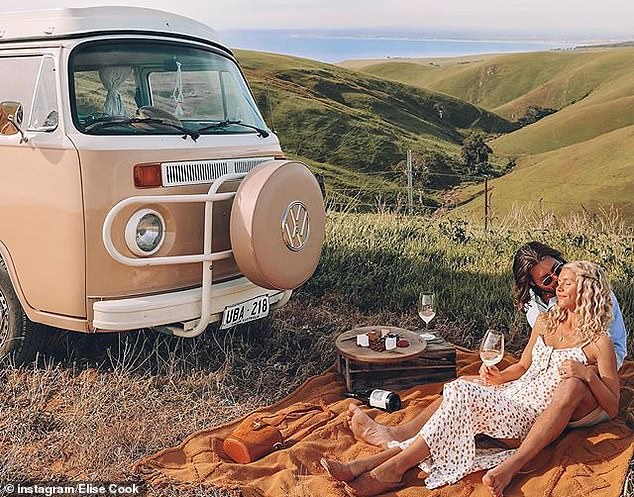 ‘To set a date now… would not be common sense.

Mr Gutwein also said he would base his decision on the handling of the virus in other states.

‘I would hope that sometime later this year based on public health advice that we would be able to relax our border controls,’ he said.

‘At the end of the day it will depend on what’s happening in other states and we have no control over that.’

Anybody arriving in the Northern Territory is required to complete 14 days of forced quarantine.

Initially, this service was provided free of charge, but the state government introduced a fee from April 3.

All arrivals, including Territorians returning home, are now required to pay $2,500 per person, of $5,000 per family, to stay in the designated hotels.

Despite some calls for the NT to open borders for anybody travelling from a region that has been free of a COVID-19 case for more than 28 days, the state’s Chief Minister, Michael Gunner, doesn’t think its a viable option yet.

‘If we can’t say southerners are coming, that’s going to be a blow to us because they spend money around town,’ he said. 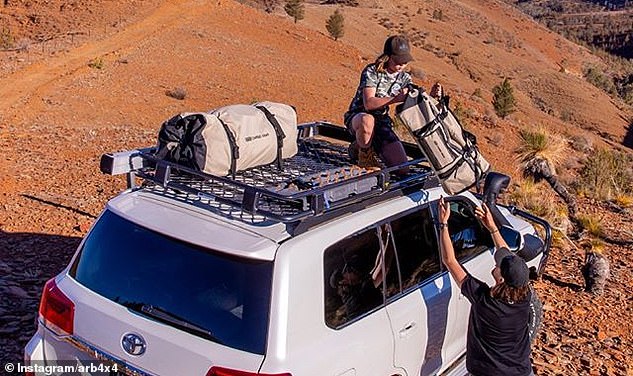 New South Wales never closed its borders, but all returning travellers were ordered to quarantine inside hotels for 14 days.

Up until this point, residents have been told they cannot travel regionally to holiday, but that rule is set to be reversed within just two weeks.

The state government on Tuesday confirmed intrastate travel will be allowed from June 1. 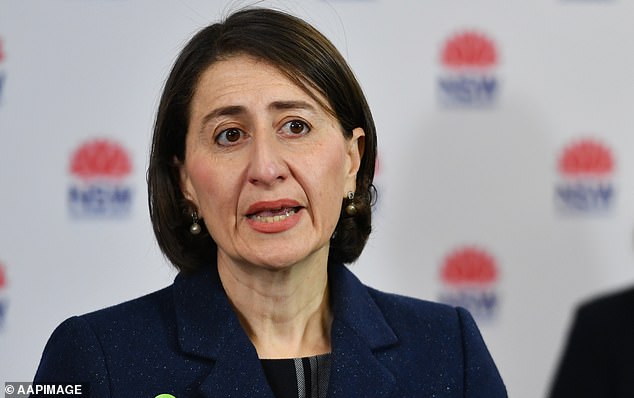 The decision comes after almost two months of strict lockdown restrictions, which has seen people confined to their homes unless their travel is absolutely necessary.

Earlier on Tuesday, the Premier said she worked closely with regional communities before making her decision.

‘Some want it desperately because they appreciate the economic activity that will bring, and others are a bit more anxious about what that means,’ she said.

Where is the best place to visit in New South Wales?

Restrictions will be lifted in New South Wales in just two weeks, giving residents the opportunity to flock to regional and coastal towns to holiday.

The decision offers small towns a much-needed boost to the economy following devastating droughts, bushfires and the COVID-19 crisis.

Some of New South Wales’ most idyllic getaway destinations will be open for travellers from June 1.

The Australian Capital Territory never closed its borders off to Australians from other states.

But the state – along with the rest of Australia – imposed strict non-essential travel orders, which kept people at home.

The federal government released a three-stage roadmap out of the tough lockdown, which encourages regional travel within a matter of weeks as long as people still practice safe social distancing.

Travellers were urged to avoid visiting the ACT if possible, and were warned they could be subject to strict quarantine laws when returning to their home states. 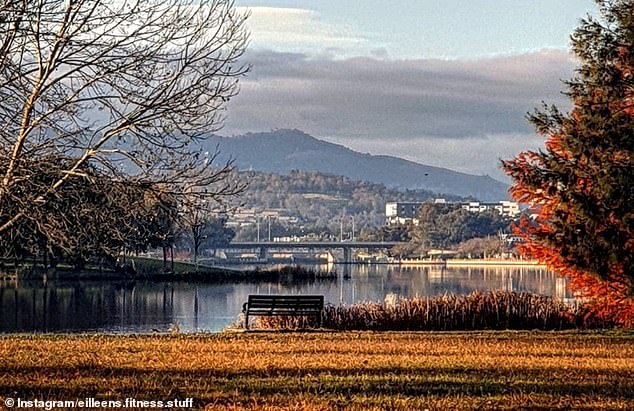 The Australian Capital Territory never closed their borders off to Australians from other states. But the state – along with the rest of Australia – imposed strict non-essential travel orders, which kept people at home. Pictured: Tuggeranong, Canberra

There is no requirement to quarantine when arriving from domestic flights into Victoria at the moment, but state authorities have urged people not to travel unless absolutely necessary.

‘You can go for a drive, but you are encouraged to stay local, and only go to places where you can drive there and back within one day.’

In spite of the recommendations, people are still able to book accommodation if there is an essential need. 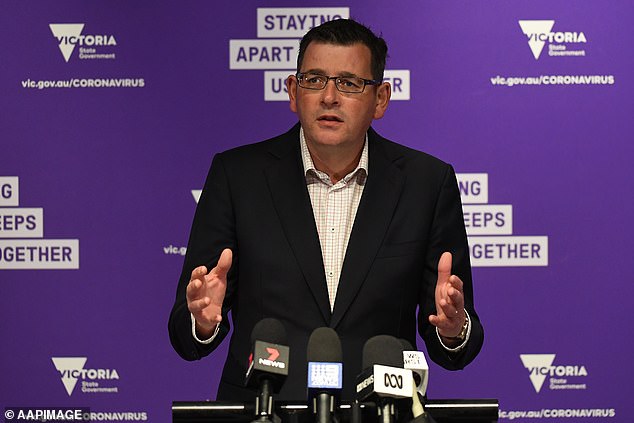 AIRLINES ‘LOOKING AHEAD’ DURING COVID-19 CRISIS

But Qantas and Jetstar are planning ahead for eased restrictions, revealing hygiene and distancing measures to be rolled out from June 12.

Qantas chief executive Alan Joyce said the company was preparing for the resumption of domestic travel within the next few months.

‘There is a possibility that we might have nearly all the states opening up as early as July and we’re planning for that,’ Mr Joyce told reporters on Tuesday.

‘We have the ability to put a large amount of our capacity back into the air dependent on plans, and we’re giving people certainty about what the process would look like and the health and wellbeing that we’re putting in place.’

The airlines’ COVID-19 measures include the provision of recommended face masks for passengers, enhanced aircraft cleaning, hand sanitising stations at departure gates, and sequenced boarding and disembarkation to avoid crowding.

Service and catering will be simplified to minimise contact between passengers and crew, with passengers asked to limit their movement around the cabin once seated.