Australian suburbs most in danger from a coronavirus economic catastrophe

Inner city suburbs of Sydney and Melbourne are heading for an economic catastrophe as a combination of JobKeeper and low spending spells disaster for businesses.

The threat of coronavirus has led to plummeting sales in 15 regions sparking fears that low spending will hamper recovery.

In Melbourne, 6,693 businesses are claiming the allowance while, 3,995 employers have signed up in the Sydney suburbs of Liverpool, Moorebank and Casula.

Australian capital cities have been hit the hardest by a sales slump brought on the coronavirus pandemic. Pictured: A barman pours a customer a bottle of beer to take away at the Hero of Waterloo pub in The Rocks, Sydney, on May 1 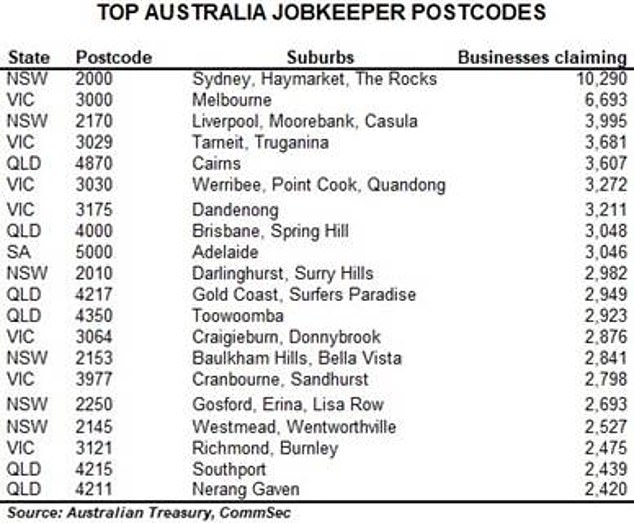 The CBD areas also dominated the list postcodes seeking JobKeeper, with Sydney and Melbourne coming in at first and second (pictured) 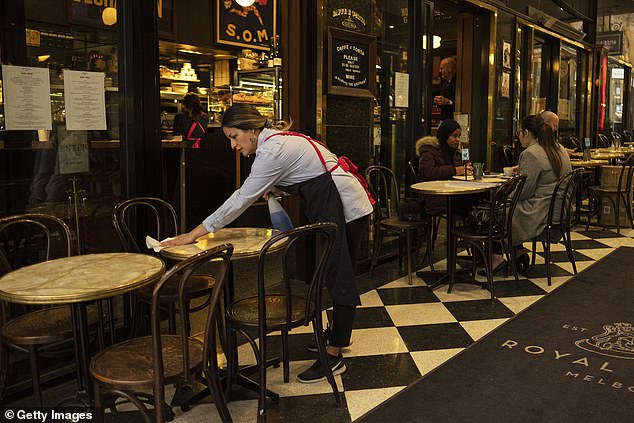 But the bank’s data also shows that spending is considerably down in areas where JobKeeper is at its highest.

The biggest falls in sales growth are in the inner city regions of Sydney, Melbourne, Brisbane and Perth.

However the biggest average sales fall (45.1 per cent) was recorded in Tasmania’s south east, which may have suffered due to the lack of international tourists.

The report says that the lack of people coming to city centres as they continue to work from home will further cripple businesses.

‘The big declines in sales in capital cities reflect the lockdown,’ the report reads.

Capital cities attract an itinerant population of 9am-5pm workers. With more deciding to continue working from home even with an easing of lockdown restrictions, this has further hampered the re-opening of hospitality and personal care businesses. 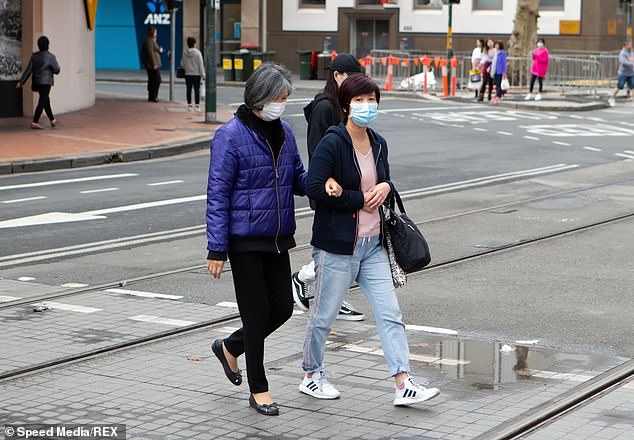 Two women wear face masks as they cross a road in Haymarket, Sydney 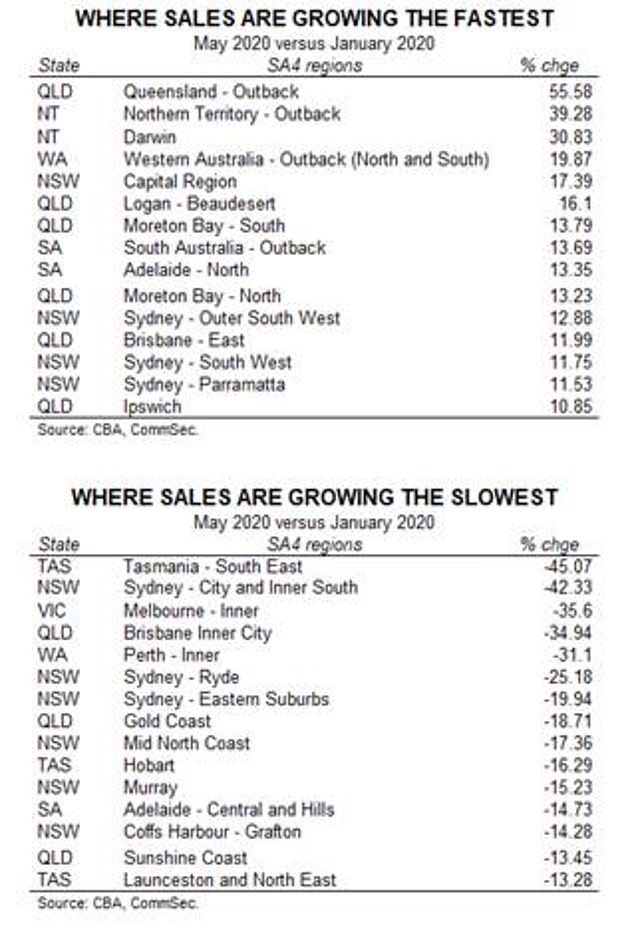 Remote areas of the country, including outback regions of Queensland and the Northern Territory, experienced the fastest sales growth over the period. But inner-city regions of Sydney, Melbourne, Brisbane and Perth were hit by the biggest sales falls

‘The sales declines in capital cities also reflect the drying up of tourist numbers – especially foreign tourists – with the impact especially noticeable in Sydney, Melbourne, Brisbane and Perth.

The JobKeeper Payment scheme is a temporary government subsidy for businesses affected by coronavirus pandemic.

The JobKeeper list is a reflection of the geographic regions hit hardest by the coronavirus pandemic and the government enforced lockdown.

A lack of tourists, due to the closure of Australia’s borders and a ban on international travel, has meant sales in city areas have also deteriorated. 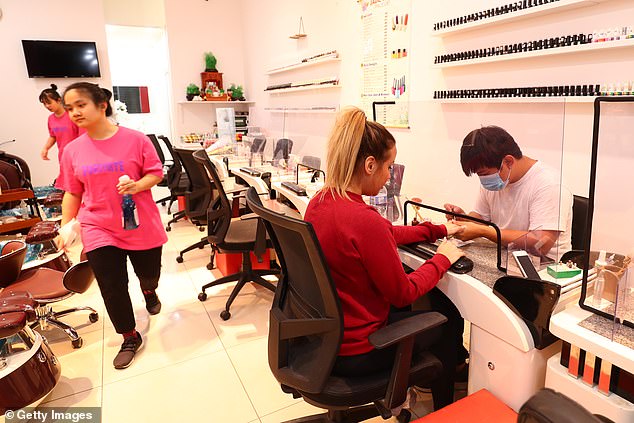 Among other city areas dominating the JobKeeper list, Cairns comes in at number five, Brisbane at eighth, Adelaide at ninth and the Gold Coast at number 11. Pictured: A woman gets her nails done during the COVID-19 pandemic on the Gold Coast 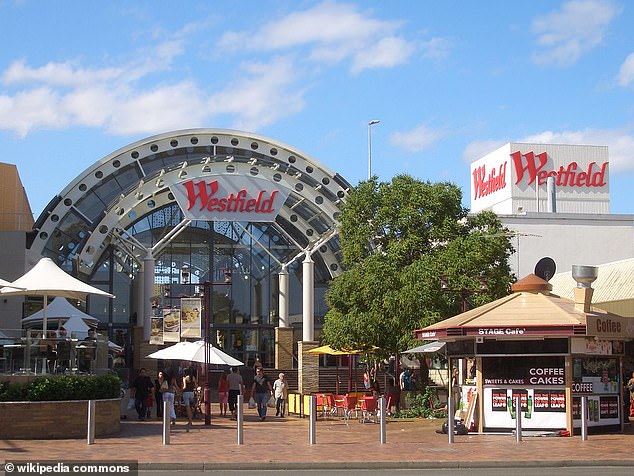 In Sydney’s south-west – in Liverpool, Moorebank and Casula – there are 3,995 businesses claiming JobKeeper. Pictured: Liverpool Westfield

Of the 15 regions with the weakest average annual sales growth, six were in NSW, and three were in both Queensland and Tasmania.

There was one region each in Victoria, South Australia and Western Australia.

Remote areas of the country, including outback regions of Queensland and the Northern Territory, experienced the fastest sales growth over the period. 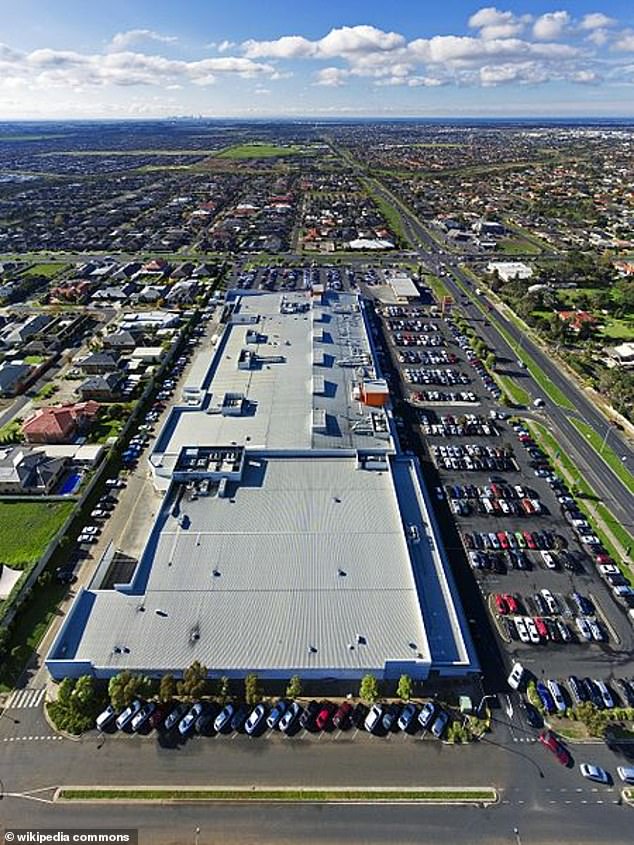 Fourth on the list is Tarneit (pictured) and Truganina, in Melbourne’s western suburbs, where 3,681 businesses are on JobKeeper