Australian tennis hero John Millman has made a cheeky dig at Roger Federer with a rather unique request to Aussie Open officials ahead of their Friday showdown.

The Brisbane sportsman, 30, admitted he hoped to ‘throw a spanner in the works’ for the Swiss superstar by playing him on an unfamiliar court.

Turning up the heat on Federer, who is hoping for his 100th win at the Australian Open, he asked tournament officials to hold their match on either Melbourne Arena or Margaret Court Arena.

The centre court at Rod Laver arena is where the Swiss master is used to playing at the tournament.

John Millman (pictured) is hoping to take on 20-time Grand Slam winner Roger Federer on an outside court as opposed to the Rod Laver Area, where the Swiss has more experience

Millman is hoping to give another upset to Federer, who he famously ousted in the round of 16 at the US Open in 2018, winning in four sets.

Millman admitted he made the sly request to unsettle the former world No.1, who has won the Australian Open six times so far.

Asked by reporters if he really wanted the match to be held at the rowdier Melbourne Arena, Millman replied: ‘Of course, but I don’t think (tournament director) Craig (Tiley) will take me too serious.

‘More so just to throw a spanner in the works for Roger. 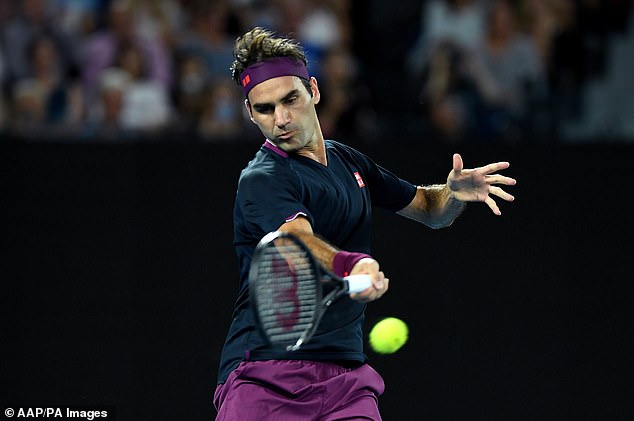 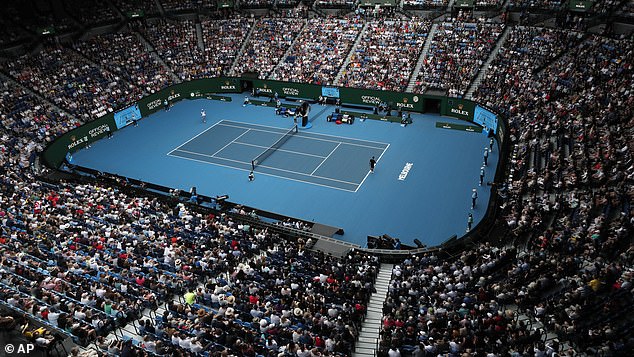 The Rod Laver Arena (pictured) is Federer’s preferred venue at the Australian Open, as he has less experience on the outside courts

Federer later laughed off the request, saying he was ‘ready’ to play anywhere.

‘I don’t choose which court I play on. I don’t know if he was joking or if he was serious,’ the Swiss champion said.

‘You would think a match like this should be played at Rod Laver Arena maybe.

‘He knows Margaret Court Arena better, Melbourne Arena. But I haven’t thought of it. I figure this was always going to be on Rod Laver Arena.

‘I’m ready to go anywhere, whatever it takes.’ 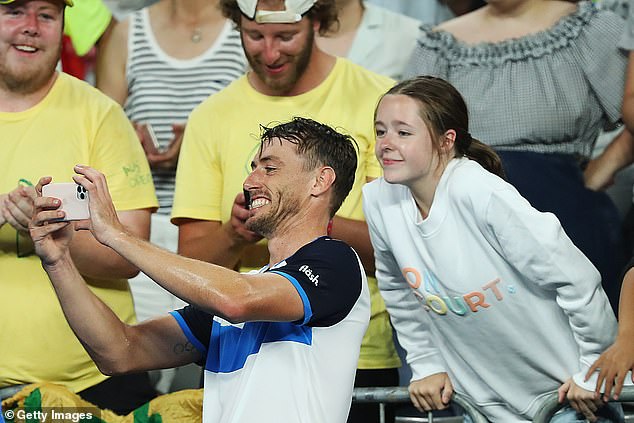 The pair will face off on Friday, with the Swiss champion looking unstoppable earlier int he week in his round two match against Serbian Filip Krajinovic.

‘I almost passed out when I played out against him in New York,’ Federer said of his Australian opponent.

‘It was so hot but he had no problem as he’s from Queensland, so he was like normal stuff.’ 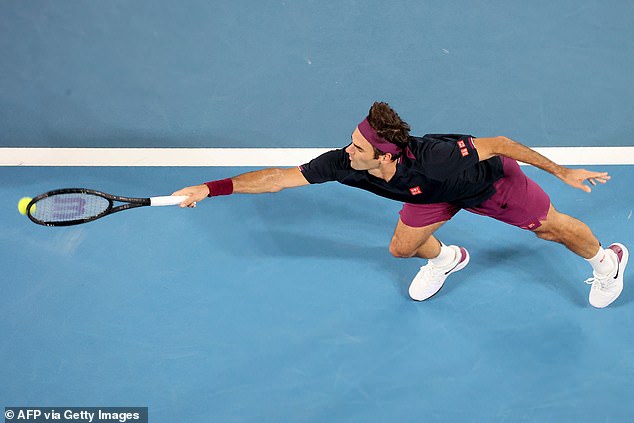 They have faced each other three times, with every match proving a tight affair.

‘I played him two other times, once in Brisbane and I almost lost that one too. The other time was in Halle last year.

‘There are not many fitter guys than him out there and those are the guys I respect the most, actually. He gets absolutely the most out of the game and I hope it is going to be a great match with some great rallies.’

Whoever wins will take on Novak Djokovic in a semi-final showdown.

If he won Friday’s match against Millman, it would be Federer’s 100th win at the Australian Open.

He enjoys a 99-14 record at Melbourne Park, and is the only man to win 100 matches at a Grand Slam event – having recorded 101 wins at Wimbledon. 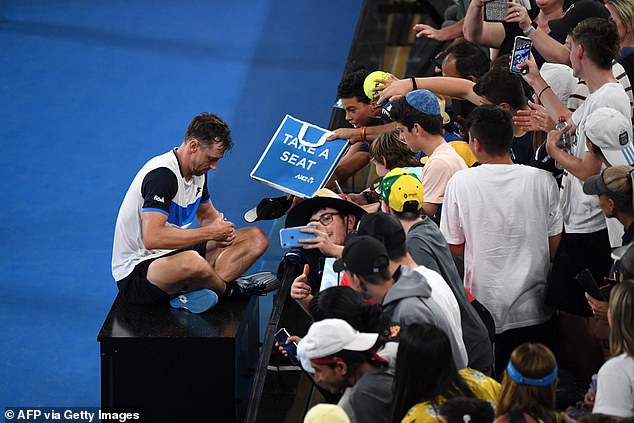