An Australian hurdler gave a brutally honest response after she missed out on the final of her event at the Tokyo Olympics in heartbreaking fashion.

Liz Clay finished third in the semifinal of the women’s 100m hurdles, running a personal best time of 12.71 seconds.

She then watched third-placed finishers in two of the other semis go slightly faster, pushing her out of the final by an excruciating 0.08 seconds.

‘It really hurts, I don’t have much more to say other than that,’ Clay told Channel Seven immediately after the race. ‘To miss out by 0.08 or something is pretty crap.’

Australian 100m hurdler missed out on the final at the Tokyo Olympics by 0.08 seconds 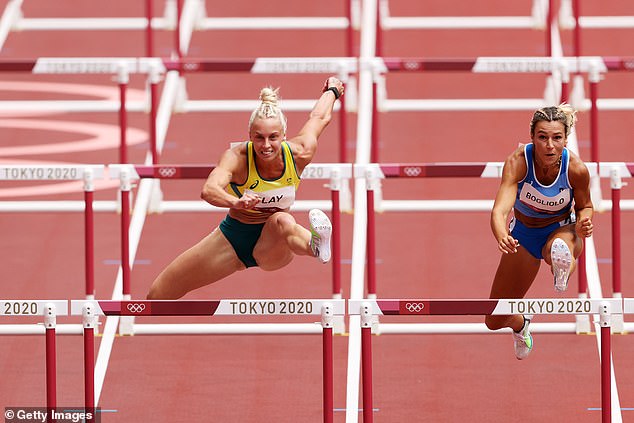 She finished third in her heat, running a personal best time of 12.71 seconds but was beaten to the final by two faster third-place finishers in other semifinals

It took three attempts to get the race started after two false starts were called, despite none of the competitors in the race appearing to break early.

Technology used to measure the pressure a runner puts on the starting blocks to alert of a running breaking early was believed to be the cause of the false starts.

Veteran commentator Bruce McAvaney also criticised officials for the time it took between false starts to get the race re-set.

‘Whatever is happening it has to be sorted out because if we have a situation like this in the final of this race or the (men’s) 100m final tonight (it will be a disaster),’ he said.

‘And then a long delay after the break. Too long that delay of six or seven minutes. This is messy.’

Clay, 26, overcame a series of setbacks including illness and a broken foot in 2018 to make her Olympic debut in Tokyo.

‘It hurts a lot. I know I’m good enough to be there,’ she told Seven. ‘I dealt with those false starts pretty well I thought.

‘I’m still proud of myself but I wanted it so bad. I can’t believe I didn’t get there to be honest.’

‘Look out in three years, I’m going to be in the final in Paris.’ 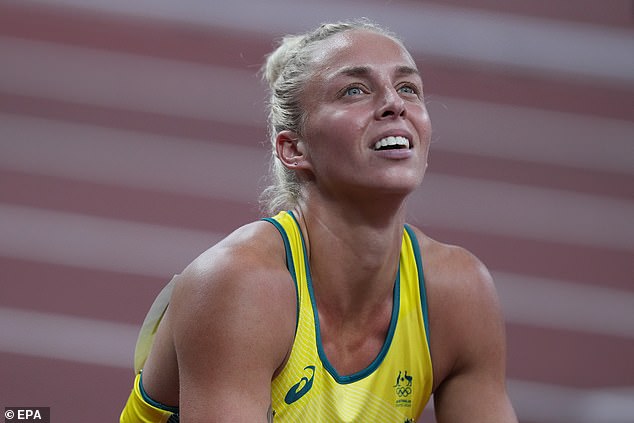 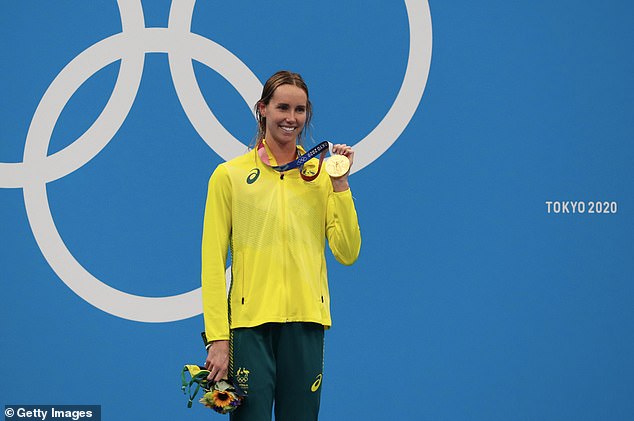 Swimmer Emma McKeon led a gold rush for Australia on Sunday at the Tokyo Olympics, winning the 50m freestyle

Clay’s near miss came as the Australian team won more gold medals on a single day than ever before.

Australia’s golden day put it fourth overall on the medal table by the end of Sunday, with 14 gold medals.