A travel nurse has revealed how she made $33,000 in just 12 weeks by travelling around Australia

Keeley Starling, a travel nurse from Derby, WA, took to TikTok to share how much she’d made from each nursing contract over six months.

She told Daily Mail Australia the best places in the country to make money as a travel nurse – but also shared some of the drawbacks of her lifestyle.

The dialysis nurse worked one contract in Tennant Creek in Northern Territory that saw her rack up $33,728 in just 12 weeks.

In total, Ms Starling made $66,441 in just six months and said she was on track to make over six figures this year.

Ms Starling, a dialysis nurse, worked one contract in Tennant Creek, a town in the Northern Territory, that saw her rack up $33,728 in just 12 weeks

‘My working day consists of giving patients with end stage renal failure their dialysis. Setting their treatment plan, managing any changes throughout their treatment. I work 40 hours a week with the potential to pick up overtime,’ she said.

‘The best rates are in WA, then the NT then QLD. With my agency, we have fixed rates. They have recently gone up due to the cost of living going up.

‘However, some agencies do special deals with their rates when they are super desperate.’

Ms Starling revealed that she worked in dialysis treatment before transitioning to her travel nurse role.

‘I got into my work by being experienced in dialysis and then I applied to work for an agency. This agency offers contracts to work all over Australia.

‘The downside to this kind of work is being away from family and friends and not having any real stability. Home sickness is very hard but I also meet so many incredible people and it’s a great way to save money when you’re young.’

Responding to comments on her TikTok video, she said she took herself on a ‘kick-a**’ holiday after the 12 weeks in Tennant Creek.

She also noted that she didn’t get sick pay or any other benefits – ‘just really high pay’.

Ms Starling said she wanted to be transparent about salary and added: ‘It’s so important to know these things before going into debt for a degree.

‘Get experience in your field and apply through an agency.

‘The first thing that you need to do in Australia is get either a diploma or a Bachelor of Nursing.

‘Then you need to get a minimum of two years’ experience in a specific area of nursing. 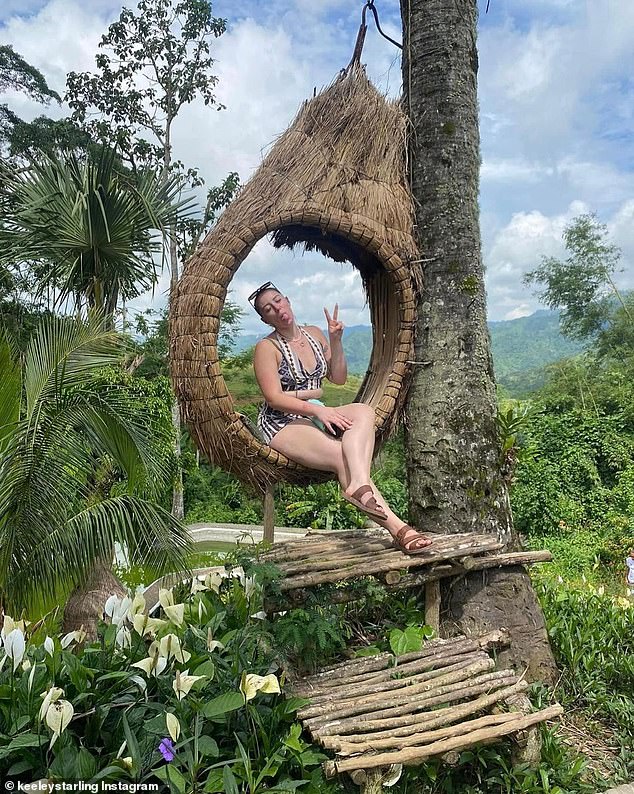 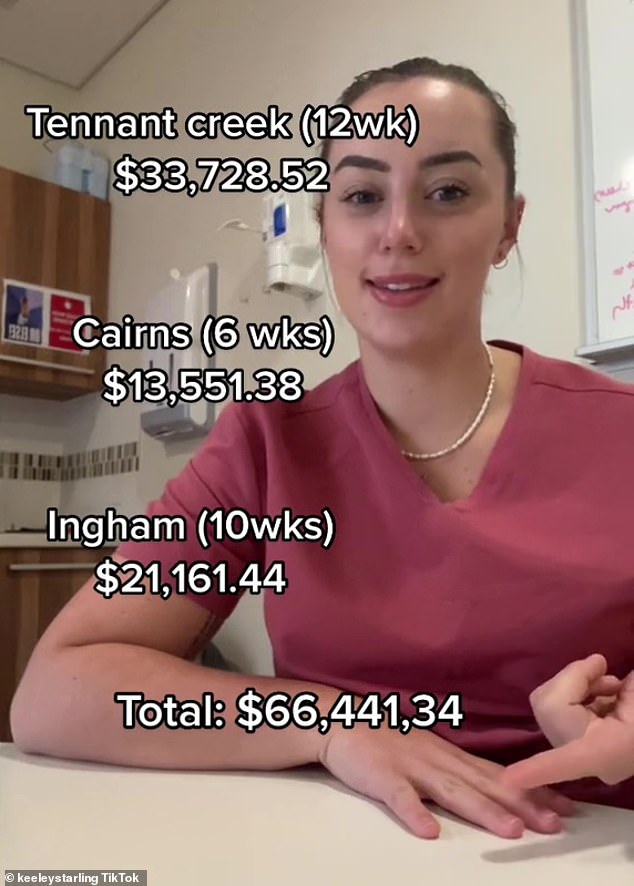 In total, Ms Starling made $66,441 in just six months and said she was on track to make over six figures this year.

‘Now, there’s two different ways you can go about doing agency work. You can either do a shift here and there or you can do contracts, which is what I do.

‘So to do a shift here and there through an agency, you just apply like normal and then generally speaking, you would get a text either the day before or the morning of and they would ask you to do a shift in the town or city that you live.

‘If you do it the way that I’m doing it, which is where you do contracts, you will work from either four weeks to 12 weeks, or they may ask you to extend for a bit longer. Generally speaking, it won’t be in the same city or town you live it’ll be somewhere else in Australia and they will pay for your travel and your accommodation.

‘It is definitely a great way to travel and make money and you get to see the amazing parts of Australia and meet the most amazing people. ‘

Her TikTok page, which has over 30,000 followers, sees her give tips on travel nursing and an insight into her work.

In one video she explained how she works 40 hours a week but is then able to enjoy the rest of her time with holidays and breaks.

In a video from May, she shared an example of the schedule she works. In one week, she worked Monday to Friday and earned $59.37 an hour.

In another week she earned $64 an hour and a third week saw her get $67 an hour.

On a Saturday, she earned an incredible $89 an hour while a Sunday saw her earn $99 an hour.