A man who claimed he duped Nigeria into giving him the ‘royal treatment’ actually received the special assistance because he was representing Australia.

Three letters was all Arthur Birch said he needed to be treated like a king by Nigerian airline Air Peace on Monday.

He boasted to have ‘accidentally…on purpose’ used the title prefix HRH for His Royal Highness when booking a flight online from the nation’s capital Abuja to Lagos.

He insisted on social media that the Australian High Commission arranged for him to driven to the airport in a fully armoured high security vehicle with an armed escort.

The Department of Foreign Affairs and Trade has since confirmed the crazy series of events did happen, but said it had nothing to with the HRH prefix.

‘The Australian High Commission in Abuja had no role in the booking of Mr Birch’s tickets and was not aware of the title he chose to provide to the airline,’ a department spokeswoman told Daily Mail Australia on Wednesday.

‘With the support of the Australian High Commission, he prepared an Australian-style meal for members of the hospitality sector and food bloggers in Abuja.

‘The assistance provided to Mr Birch for transport to Abuja airport was provided in this context.’

Mr Birch ‘accidentally…on purpose’ gave himself the title prefix as HRH for His Royal Highness when booking his flight. Pictured is his boarding pass

Mr Birch told Daily Mail Australia this week he was in Nigeria to represent Australia in a barbecue competition.

The former parking inspector from western Sydney took to the Frequent Flyers Australia Facebook page to boast how the simple trick resulted in ‘the royal treatment’.

‘The Australian High Commission arranged for me to be picked up from my hotel in Abuja to be transported back to the airport in a fully armoured high security vehicle with an armed escort and even my luggage was protected,’ Mr Birch wrote online. 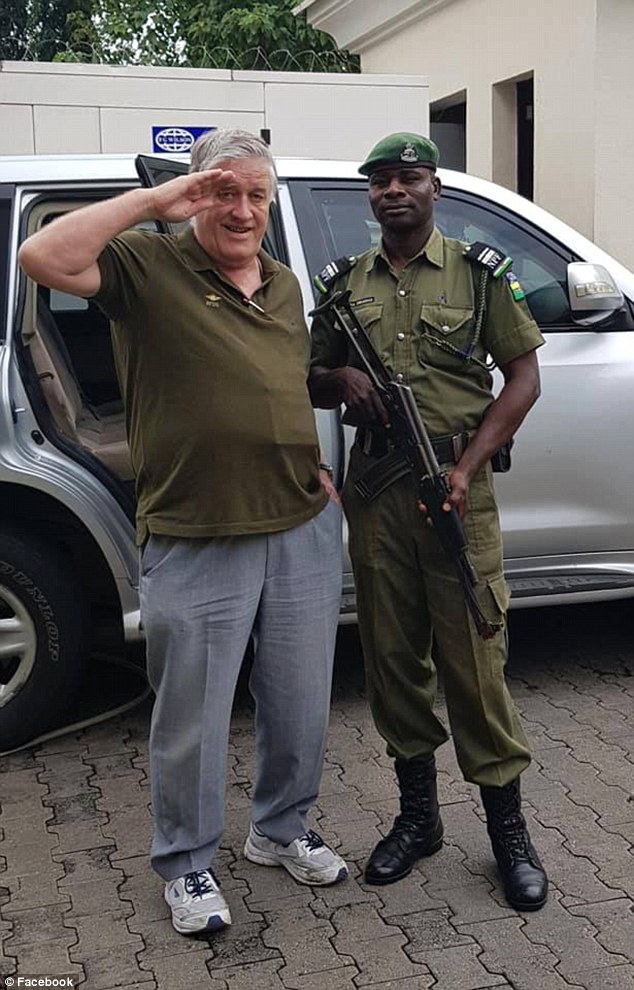 ‘Even my luggage (pictured) was protected,’ Mr Birch claimed to the Frequent Flyers Australia Facebook group

Mr Birch can be seen pictured with one of the armed guards who escorted him to the airport.

Mr Birch attached the photos and his boarding pass to his Facebook post to prove he wasn’t joking about the stunt.

‘Nice trick. Can anyone do it?’ one man commented.

Mr Birch joined NSW Police in 1997 where he worked as a parking patrol officer until the role was taken over by local councils in 2002.

In a 2011 blog titled Parking Meter Man, Mr Birch calls himself as ‘Australia’s Meanest Parking Cop – and he is on your side.’

Mr Birch also wrote the book Not Guilty Your Worship on how to get out of parking fines. 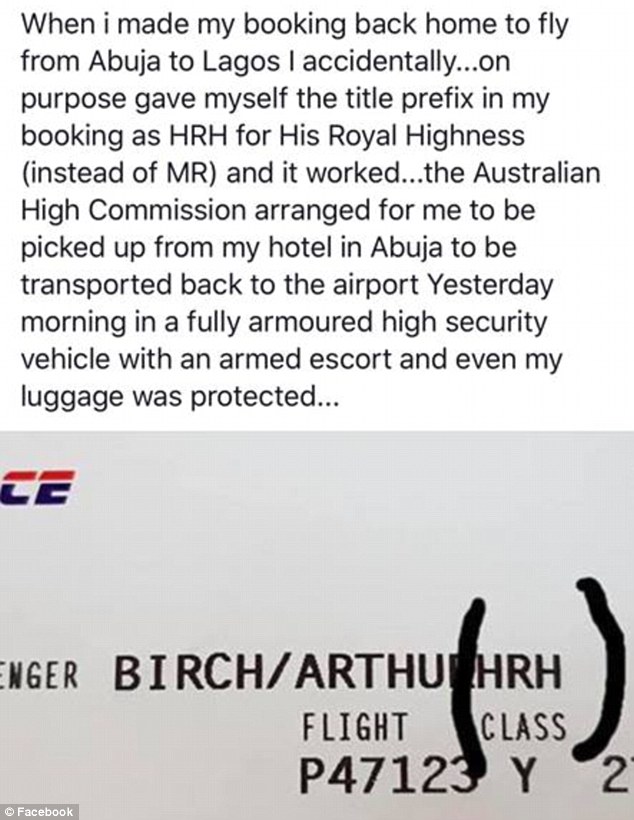 ‘Nice trick. Can anyone do it?’ one man commented when Arthur Birth took to social media (post pictured) 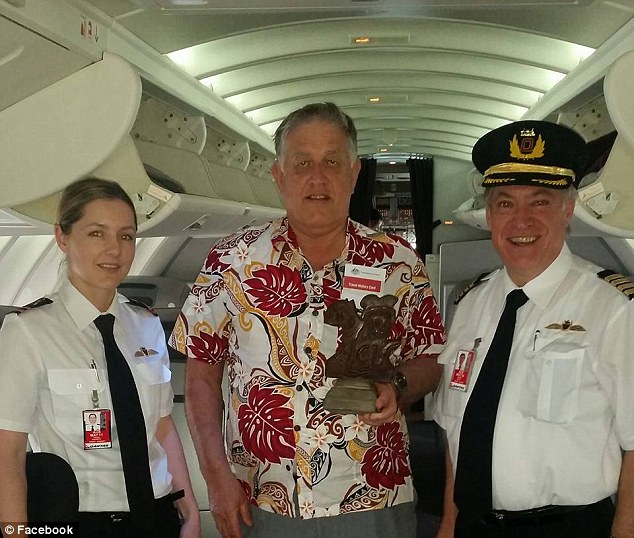 ‘You do not have to prove your innocence, the prosecution have to prove your guilt beyond a reasonable doubt and they will never do that – while there are officers out there issuing parking and traffic infringement notices for the incorrect offences, or not proving the offence has been committed,’ he revealed on his blog.

He also represented Australia at the Jack Daniels Invitational World Barbecue Championship in the US state of Tennessee in 2011. 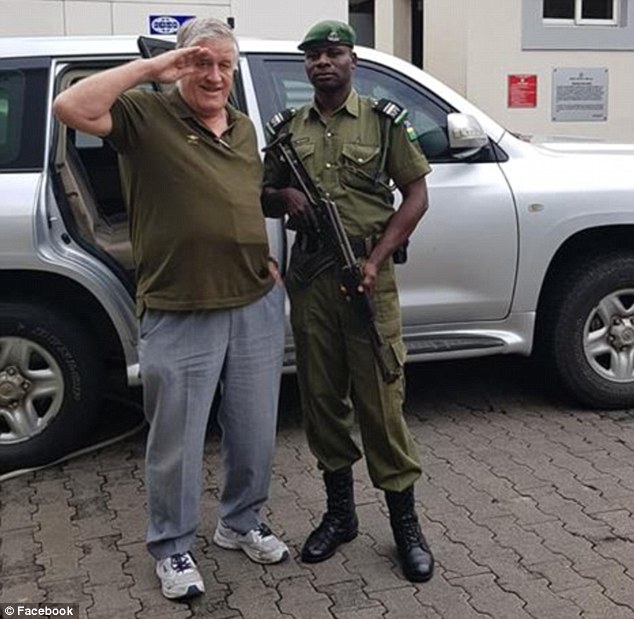 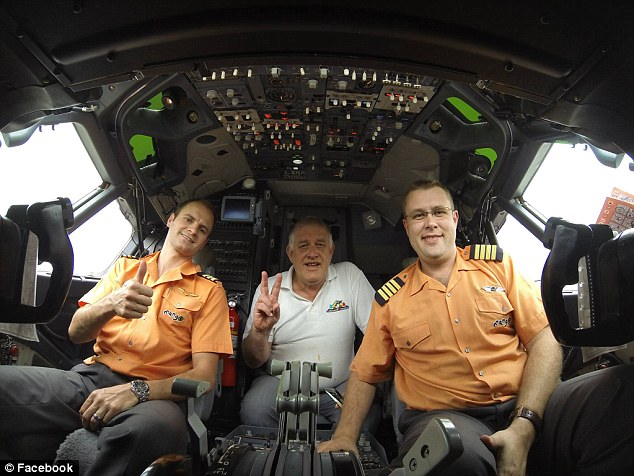