An Australian man who died in Bali is feared to have been poisoned.

Former Kalgoorlie miner Kevin James Nunn, 68, died in his sleep at his Denpasar home on Wednesday.

Mr Nunn is the second Australian man to have died in Bali this week and the third in a month.

Denpasar’s chief of police, Jansen Avitus Panjaitan, said Mr Nunn began complaining about chest pains after sipping from a can of soft drink.

Bali police fear Kevin James Nunn (pictured), 68, may have been poisoned after drinking from a can then dying in his sleep at his Denpasar home on Wednesday

‘At about around 8am the victim drank (a can of) Schweppes soft drink and started walking around the house.

‘At 9am the victim told his wife Arianti that (he) felt sick on his chest, and around 10am the victim entered his room to lay down,’ Mr Panjaitan said, the Courier Mail reports.

Mrs Nunn, 29, consulted with a doctor at a nearby chemist and brought home malaria medication which she gave to her husband.

She then gave him Bear Brand Milk, a form of sweet condensed local milk in a can, which made Mr Nunn vomit.

It is understood that Mr Nunn drank whiskey and Coca-Cola the previous night.

Aussie expats in Bali can been often seen wiping the tops of cans and bottles to avoid the rat urine-borne disease leptospirosis which can be fatal.

Police said Mr Nunn then fell asleep around 11.30am but could not be revived.

‘The wife then contacted ambulance and when the COVID Task Force arrived they found the man had died. There are indications that the victim was poisoned,’ Mr Panjaitan said.

Nunn’s body was taken to nearby Sanglah Hospital to be examined.

A COVID-19 test was rapidly conducted but came back negative.

‘We are still waiting the forensic examination results and we still try to get the approval from the family (in Australia) to do the autopsy,’ Mr Panjaitan said. 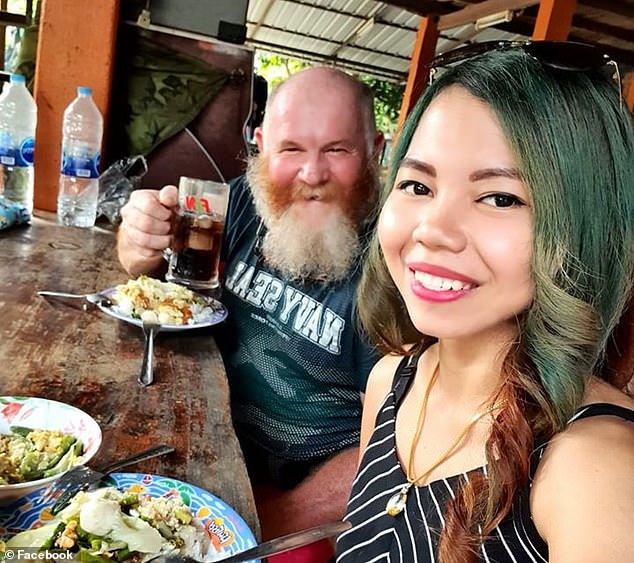 Mrs Nunn said the couple had returned to Bali, where Mr Nunn had lived for five years, on March 14 after a recent holiday in Australia.

Tributes began pouring over social media on Thursday for Mr Nunn, who was known by friends as ‘Nunny’.

‘Devastating to hear you’ve left us dude. My thoughts, prayers and condolences go out to your family, especially that beautiful little girl of yours. Till we meet again, Rest Easy big homie,’ one friend wrote.

His wife said she was heartbroken she had lost her best partner and asked for others prayers.

‘With very heavy heart today my best partner, my husband, my love, passed away in the home at 2pm, after cannot breathing properly (heart attack) Please spare some time for prayer over his soul,’ his wife wrote.

‘I love you so much my best partner.’

‘So sad and sorry to hear Kevin passed away. Very good and king guy,’ one friend responded. 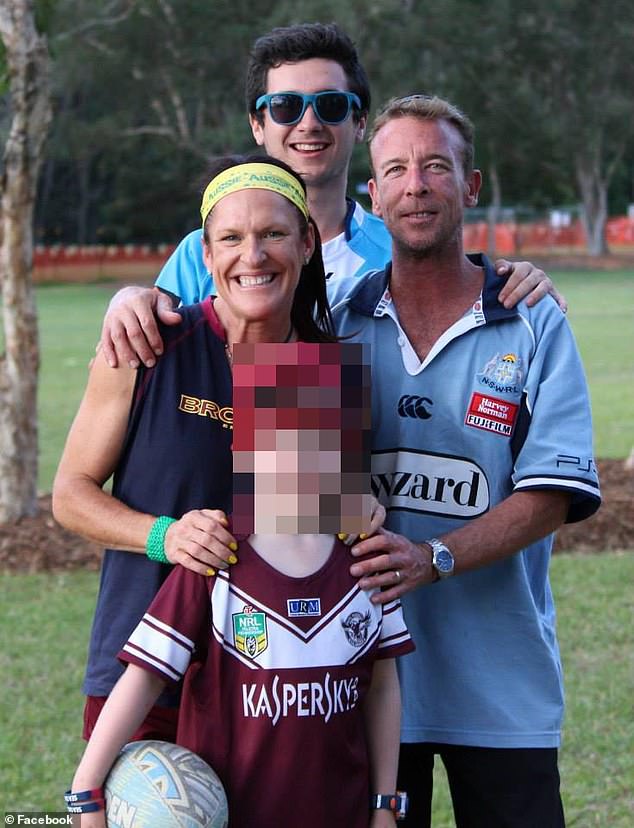 Brisbane man Christopher Steven Tolley (right), 47, was found dead in a Seminyak hotel room on Tuesday after he failed to check out at 12.30pm. He is pictured with his wife and sons

Another wrote: ‘He was a great bloke, I have known Nunny for years. Rest in peace Nunny.’

It comes a day after the death of Brisbane man Christopher Steven Tolley, 47, was discovered unresponsive in bed by house keeping staff at the Fave Hotel in Seminyak after failing to check out of his room.

Mr Tolley’s cause and time of death is yet to be determined, with an autopsy expected in coming days.

Last month, Perth travel app founder and surfer Rhodri Lloyd Thomas,31, was found dead in the pool of his Canggu villa he shared with his girlfriend.

Local police believe Mr Thomas may have passed out underwater from exhaustion after running in blistering temperatures. 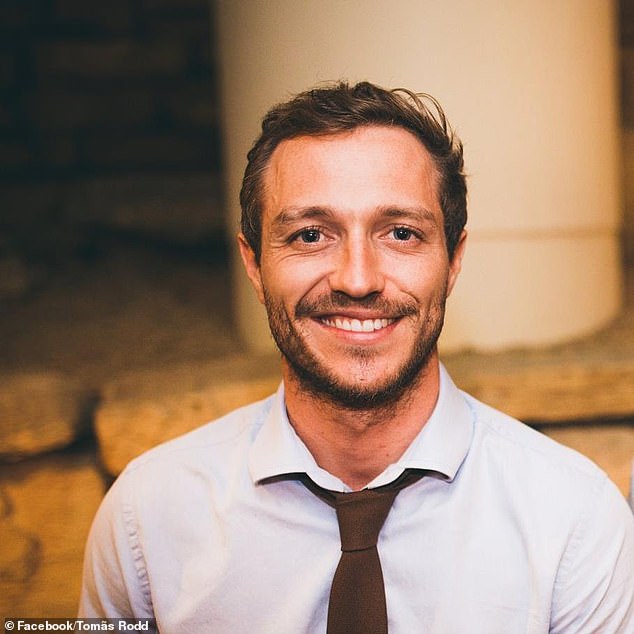 Rhodri Lloyd Thomas, 31, (pictured) from WA was found dead in a Canggu villa in Bali on April 9