An Australian grandmother who faced death by hanging after being found guilty of importing the drug ice into Malaysia has had her conviction overturned.

Maria Exposto claimed she was duped into carrying ice by a drug ring masquerading as a US Army captain.

The mother-of-four was sentenced to death last year after she was convicted of smuggling crystal methamphetamine through Kuala Lumpur International Airport in 2014.

Australian grandmother Maria Exposto (pictured centre), who faced death by hanging after being found guilty of importing the drug ice into Malaysia, has had her conviction overturned

She is now expected to be released after Malaysia’s Federal Court accepted she fell victim to an online romance scam, ABC News reported.

Exposto has claimed she was duped into the crime by an online boyfriend by the name ‘Captain Daniel Smith’, who had been pretending to be a US soldier in Afghanistan.

Exposto said ‘Smith’ told her he was leaving the military and needed her to pick up his discharge papers and take them to the US embassy in Australia.

The pair had arranged to meet in Shanghai.

But after failing to meet her supposed love interest, she ended up being given a bag by one of his ‘friends’, who asked her to take it to Melbourne.

When she arrived at Kuala Lumpur International Airport to change flights, she mistakenly went through immigration as she was unfamiliar with the airport. 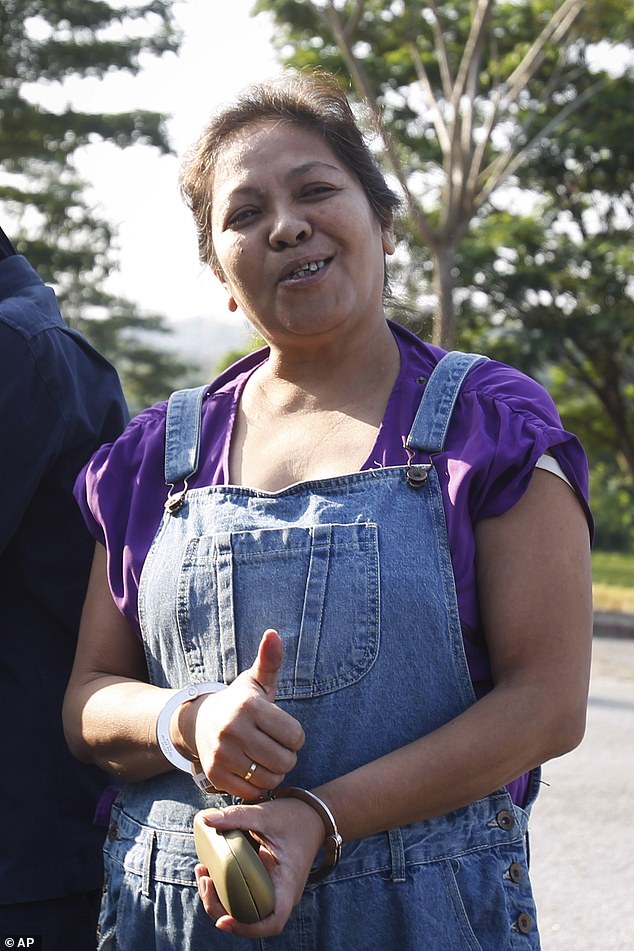 She voluntarily offered her bags for customs inspection and the drugs were discovered hidden inside the lining of the bag.

Exposto said ‘Smith’ had asked to marry her in September 2013 at a time when her relationship with her husband was getting ‘a bit sour’.

‘He made me feel loved, he made me feel wanted,’ Exposto told the previous court hearing, saying the alleged US serviceman would send her photos of himself. 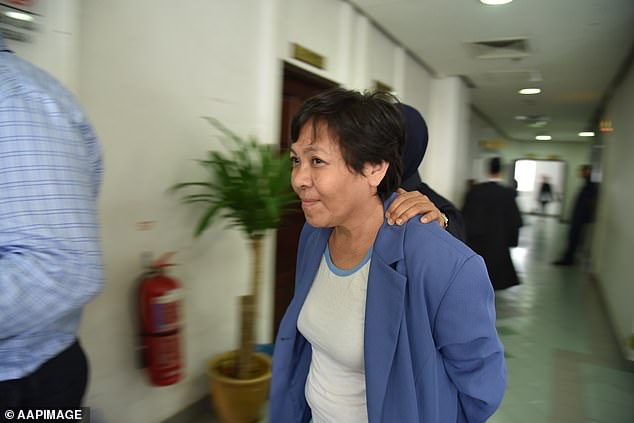 ‘Smith would sing to me a few times a day and send love poems as well,’ she added.

Exposto was originally found not guilty but prosecutors appealed the verdict and won and the mother was sentenced to death.

Exposto’s lawyers said on Monday they were confident the death sentence would be overturned.

‘We’re very confident. We have always maintained that the facts have always been as Maria said,’ her lawyer, Muhammad Farhan Shafee, said.

Australians who faced the death penalty in Malaysia

2013 – Dominic Bird, 34, acquitted after being charged with allegedly selling drugs to undercover officer