By Sahar Mourad and Zoe Zaczek For Daily Mail Australia

An Australian who served a year in Bali’s strictest jail for drug possession has been released and spotted wearing a t-shirt appearing to show his own face.

William Cabantog was released from Kerobokan jail on Saturday after being locked up for a year for cocaine possession.

The 36-year-old will undergo COVID-19 testing and spend another two nights in a cell before flying back home to Melbourne, Herald Sun reported.

Pictures from his release show Cabantog wearing a face mask and a T-shirt with his own face behind bars plastered on it with the word ‘HOPE’ underneath. 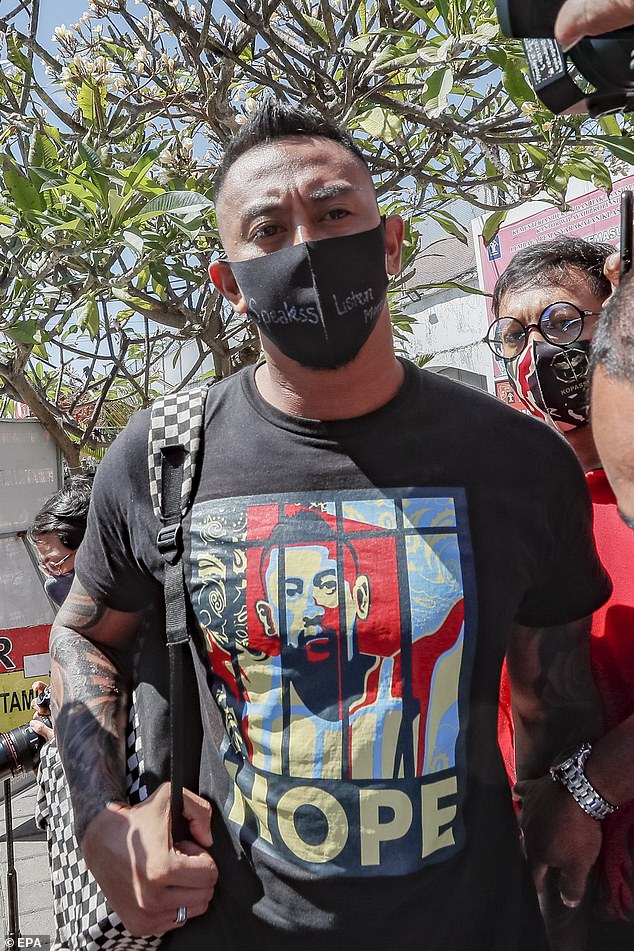 Cabantog and David Van Iersel were arrested amid police raids on the Lost City nightclub in resort precinct Canggu in July last year.

The pair were found in possession of 1.12 grams of cocaine and later found guilty of misusing cocaine.

The pair had faced up to 12 years behind bars but their sentences were reduced after prosecutor Ni Made Ayu Citra Maya Sari agreed the pair were ‘victims of the drug trade’ and recommended 14 months for Van Iersel and 18 months for Cabantog.

Cabantog allegedly tried to kill himself while in jail but warden Yulius Sahruza rejected the claim saying he would ‘spend his time meditating, exercising and going to church’.

Others however said he was ‘arrogant, antagonistic to other inmates and rejected prison projects’. 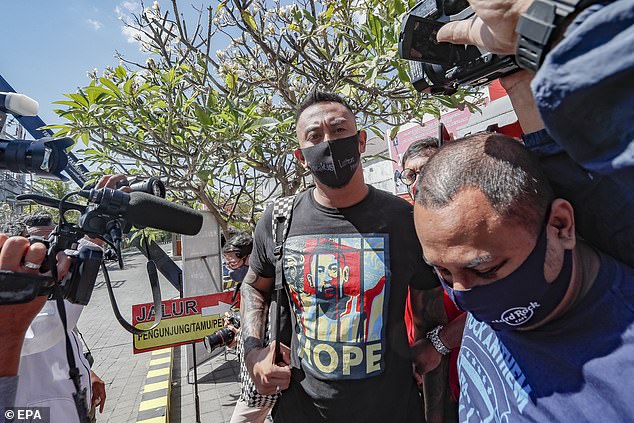 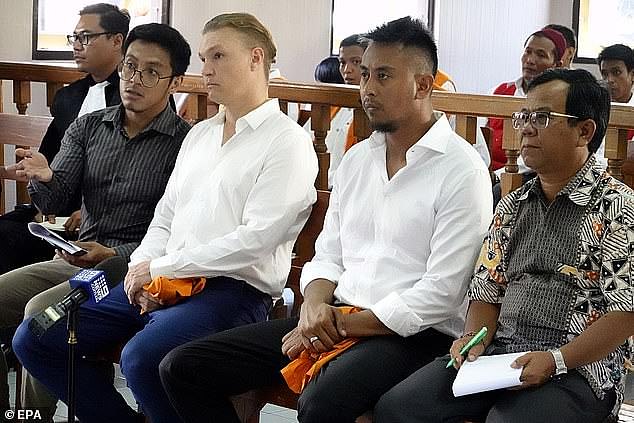 When Cabantog was given a reduced sentence, he spoke through tears as he told the court about how he was led to drug abuse.

‘I had immigrant parents who came to Australia and had very strict values. I had an alcoholic, abusive father. I couldn’t understand the situation … I ran away from home when I was 15,’ he said.

‘I was homeless for a year. I ended up moving in with my aunty and my cousin. My aunty was like a mother figure for me at the time.’

Van Iersel’s lawyers requested he go through rehabilitation instead of jail to serve his time but prosecutors denied the suggestion, Nine News reported.

The 38-year-old apologised to the court for his offending, he said: ‘It was a brief moment of weakness. I’m very sorry for my actions, I truly am.’ 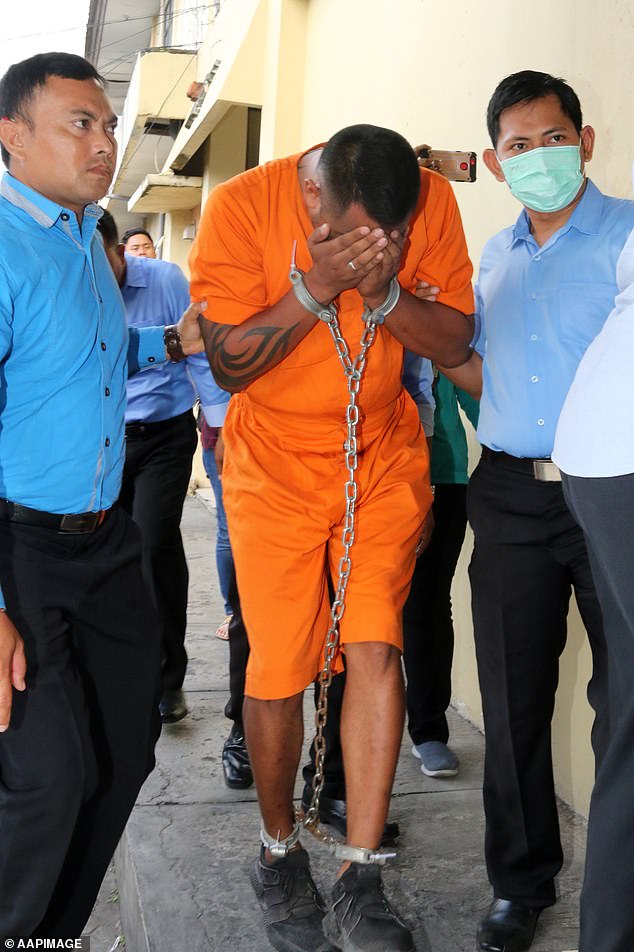 William Cabantog (pictured, centre) is escorted by Denpasar Police during a press conference in Bali on July 23, 2019.  Cabantog broke down in tears in court