A mother who asked social media for help identifying a ‘vegetable’ in her backyard has received a fierce warning to pull the poisonous plant ‘out by the roots’.

Aussie mother Maryam posted a photo of the mysterious green plant to the ‘Mum’s Who Cook Clean and Organise Australia’ group on Facebook this week.

Members were quick to identify the growth as a ‘moth vine’, a highly toxic weed that is poisonous to both people, pets and native plants.

The fast-growing climbing plant is commonly confused with a ‘choko’, a popular vegetable with a mild flavour found growing in many local gardens.

Concerned group members warned Maryam not to touch or eat the plant, as ingesting the venomous vine can cause severe breathing difficulties.

‘It’s not choko! Please don’t eat it’, one woman warned.

‘Moth vine. Highly poisonous to humans and animals and classified as a nuisance weed that needs to be removed’, a third mother wrote. 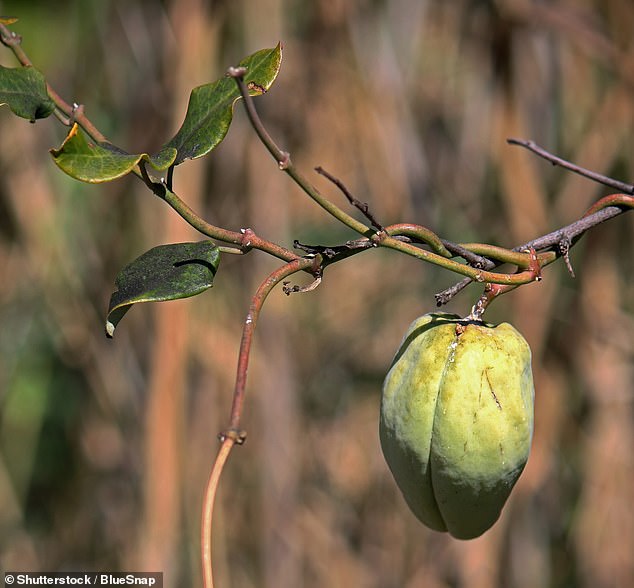 Another woman recognised the green ‘vegetable’ from her own backyard.

‘I have these in my garden, I had no idea they were so dangerous’, she said.

When cut open the moth vine releases a milky sap that can cause skin and eye irritation, and in some cases breathing difficulties.

However it is the seeds and leaves of the weed that are highly noxious, with symptoms including poor balance, staggering, vomiting and abdominal pain.

Experts advise looking at the insides of the moth vine and choko to tell them apart, while the former is soft and furry, the latter is firm and light green in colour. 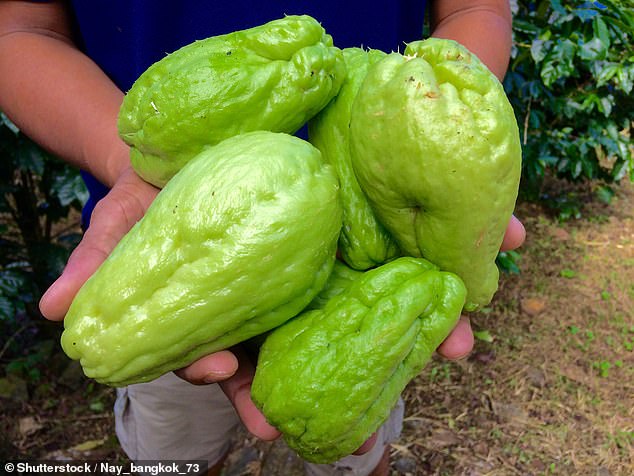 The moth vine is commonly confused with the choko (pictured), a mild flavoured vegetable

Maryam posted an update to her original post, saying she was thankful for the words of warning.

‘This grew over our fence,’ she explained.

‘Definitely not gonna eat but thought I would ask before chopping them off.’

One woman reiterated the dangers of the poisonous vine.

‘Kill it! Pull it out by the roots! The fruit explodes and releases thousands of seeds which then pop up everywhere! They choke everything …. just awful!’

HOW TO IDENTIFY MOTH VINE IN YOUR GARDEN

Small pale flowers grow in clusters on the vine, mostly in summer

The plant has a thick cover of dense, arrow-shaped leaves

The vines can be controlled by hand pulling the plants, taking care to avoid contact with the sap and always wearing gloves and other protective wear