‘What type of animal has such precision skills?’ Mum baffled after waking up to find oranges on her tree perfectly peeled by a ‘mystery creature’

An Australian mum has turned to the internet for help after waking up to find fruit on her orange tree ‘expertly’ peeled.

Taking to a Facebook gardening group, the woman shared several snaps revealing several oranges on a tree without any peel but otherwise perfectly intact.

‘Has anyone else experienced this or have any idea of what type of animal would just peel and has such precision peeling skills,’ she asked before adding ‘We are baffled.’

The woman also said she turned for Google for answers, however, her search results had failed to uncover the cause.

Those who’ve seen the mum’s post came forward with a range of theories including the possibility it could be an animal.

‘Rats and mice will do this as I had my passionfruit peeled by a rat,’ said one person.

Another said: ‘We have watched the cockatoos doing this to our mandarins. Sometimes they take the flesh too but sometimes just the peel!’

‘We had possums take chunks out of our oranges but never peeled the whole thing. Amazing!’ Said another.

One stated the ‘precision peeling skills’ might be the work of a bandicoot (bandicoots are small hopping Australian marsupials that look like rats).

Commenters on Facebook have speculated rats, possums or even bandicoots could be to blame

A few also put forward the idea someone in the woman’s neighbourhood might have peeled the fruit as a joke.

‘How odd is this? Could be someone playing with her mind to get a laugh. Something one of my brothers would do as a joke!’ Said one person.

Another said: ‘How lucky are you to grow a rindless orange tree – no pith, no peeling, ready to eat. Gotta (sic) look at the positives.’ 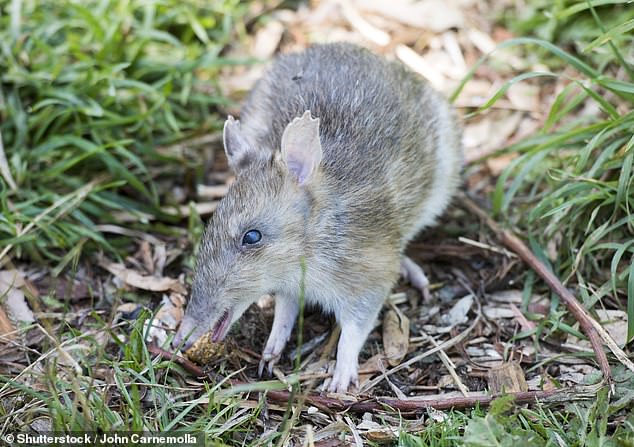 According to the Department of Primary Industries and Regional Development rats and possums are the most likely animal to have eaten the peel from the fruit.

‘Rats and possums are common pests of citrus and will eat the peels of fruits,’ reads a statement on its site.

‘Sometimes they will leave the peel and eat the flesh or the entire fruit.’