What is the BEST hot cross bun this Easter? Foodie sets out to find the tastiest treat of all – and her top pick might surprise you

A woman has been travelling to Sydney’s most popular bakeries in search of the city’s best hot cross bun – but her top choice might surprise you.

The foodie – who does not wish to be identified – recently created a Facebook group to document her taste testing, which has taken her around the Harbour City’s edgy inner-west.

Her favourite to date is an unusually flavoured bun from Raffael’s Bakery in Haberfield, 6.5km west of the CBD.

Instead of the traditional crisscross made from shortcrust pastry or a paste of flour and water, Raffael’s bakers decorate the sweet with a strip of lemon zest. 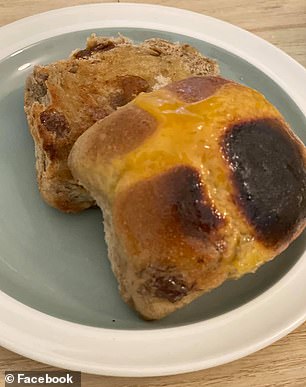 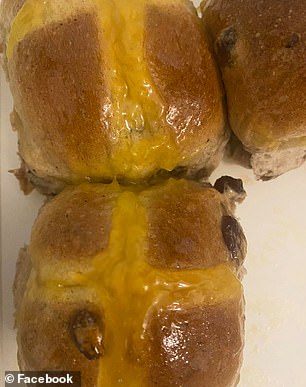 Her favourite to date is an lemon flavoured bun (pictured) from Raffael’s Bakery in Haberfield, 6.5km west of the CBD

‘Who’d have thought a strip of zesty lemon would complement a hot cross bun so well?’ the woman wrote in her review, branding the flavour combination ‘amazing’.

‘They are in the winners position (for now). The lemon is sticky and rich, and they have been generous with the fruit and spice. You won’t be disappointed with these.’

Hot on the heels of Raffael’s lemon creation were cherry-stuffed buns from Cherry Moon, a bakery and general store in Annandale.

The woman called them ‘exquisite’ before lavishing praise on the light texture of the traditional sourdough which was only improved with the addition of the cherries.

‘Not overly sweet they really added a lovely natural extra dimension. Definitely recommend a try if you’re in the area,’ she said.

Next was a classic ‘HCB’ from Melia, a Parisian-style bakery in Balmain.

The woman said she was ‘pleasantly surprised’ after buying the last two in stock and sampling them untoasted with a ‘generous amount’ of butter. 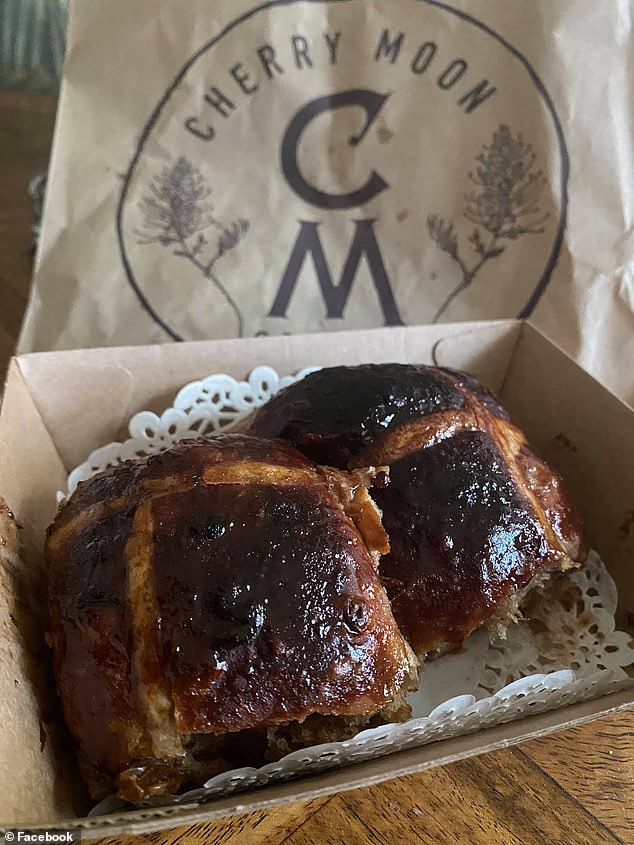 Hot on the heels of Raffael’s lemon creation were these cherry-stuffed buns from Cherry Moon, a bakery and general store in Annandale 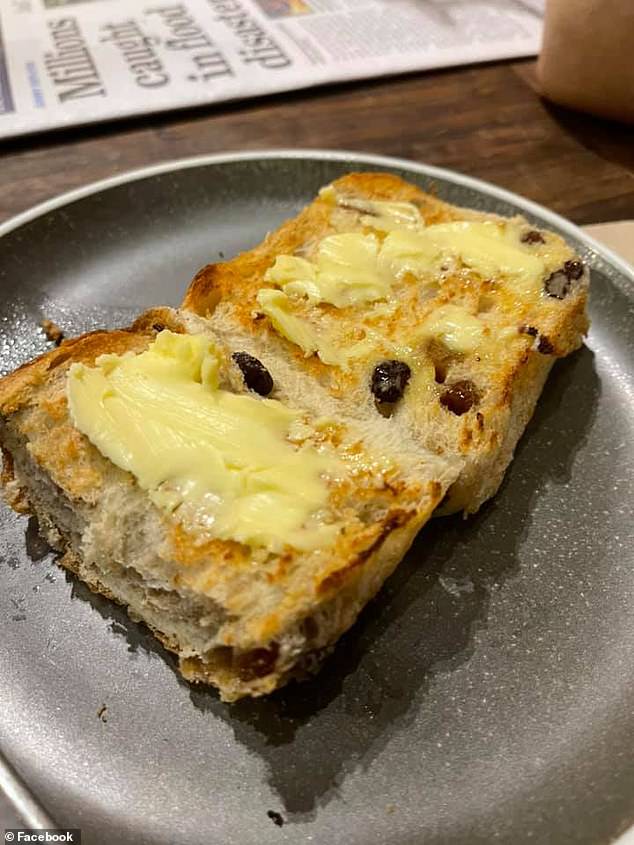 ‘Super fresh, the bread is undeniably the star in this hot cross bun. Not overly spiced or fruited, just the right amount. It is simple which is what makes it so very good,’ she wrote.

A bun from Brickfields Bakery was placed on equal footing, with the woman describing them as the ‘fruitiest of them all’.

‘This HCB is somewhat reflective of a good fruit cake, so if that’s your jam this is a must,’ she said.

‘Had it fresh and toasted – my preference on this one is the latter with lashes of melted butter.’ 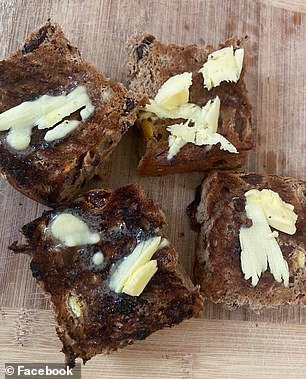 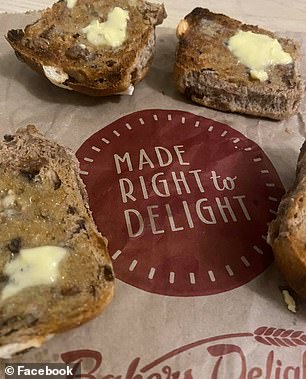 Then came a traditional style bun from Bourke Street Bakery, an iconic chain with stores in Surry Hills, North Sydney, Alexandria and Barangaroo.

While the woman said she enjoyed the inclusion of some orange rind, she felt the bakers could have been ‘a bit more generous’ with fruit and spices.

‘But they did have a massive hot cross loaf, which in my book counts as one serve,’ she added.

Bottom of the table was a hot cross bun from Baker’s Delight, which the woman admitted ‘didn’t tickle’ her taste buds as much as she expected.

‘A bit light on the spices and sultanas,’ she explained.