Five Australian women allegedly strip searched at gunpoint at Doha Airport after a baby was found in a bathroom have sued the Qatari government for assault and battery.

Hundreds of women were forcibly removed from aircraft at Doha on October 2, 2020 as officials searched for the mother of a newborn baby in a bathroom at the terminal.

The women were removed by armed guards and many say they were forced to conduct non-consensual gynaecological or intimate physical examinations.

Five Australian women are suing the Qatari government after they were forced off a Qatar Airways flight at Doha Airport on October 2, 2020 and strip searched after a premature baby (pictured) was found dumped in the terminal bathroom 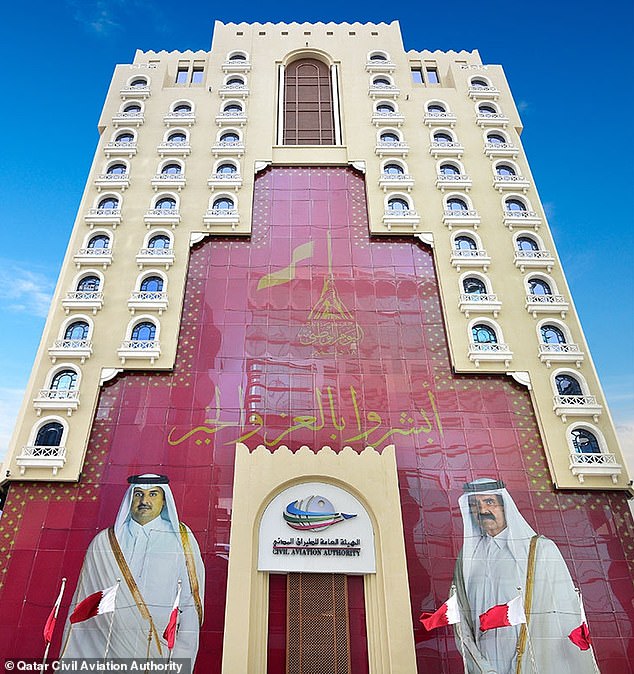 The group, who were among 18 Aussie women forced to undergo non-consensual gynaecological or intimate physical examinations, are seeking damages for the alleged misconduct of the government-run Qatar Civil Aviation Authority and Qatar Airways (pictured)

Out of the 18 Australian women involved in the incident, five have now taken their action to the Federal Court after failing to gain compensation from the Qatari government through other channels.

‘Sometimes you need to deploy a legal remedy in circumstances where either moral, or in fact even political or diplomatic pressure, is getting nowhere,’ said Marque Lawyers partner Damian Sturzaker who acts for the five women.

The women, who cannot be legally named, were passengers on a flight from Doha to Sydney and are seeking damages for the alleged misconduct of the government-run Qatar Civil Aviation Authority and Qatar Airways.

One passenger was forced to undergo a strip search holding her five-month old son, the lawsuit claims. Another, who is elderly and legally blind, was directed out of the aircraft but was not subject to a search.

The incident was reported by the women to the Australian Federal Police upon their arrival in Sydney on October 3, 2020. 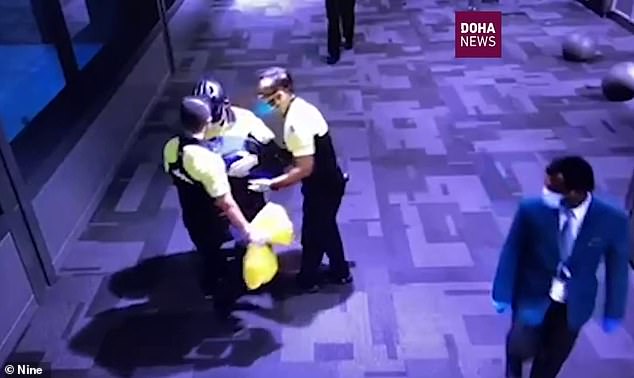 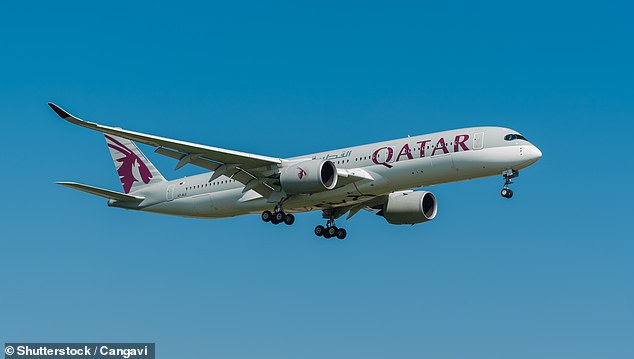 They say they were subjected to ‘unlawful physical contact’ and now experience anxiety, depression and post traumatic stress disorder.

The Qatari government has been accused of assault, battery, negligence and false imprisonment.

Qatar Airways also faces possible damages for negligence under the Montreal Convention which states an airline is liable for death or bodily injury that occurs while embarking or disembarking.