Australians are smoking as much as they were three years ago

Australians are smoking just as much today as they were three years ago – even with plain packaging, e-cigarettes and the world’s highest priced packets.

Australia’s falling behind the rest of the world, according to the Australian Tobacco Harm Reduction Association (ATHRA), despite numerous tax raising and deterrence initiatives.

Data shows that between 2013-2016 Australia’s annual smoking decline rate has stalled at 0.2 per cent in comparison to a 3 per cent decline in New Zealand, 4 per cent in Canada, 5 per cent in England and a huge 12 per cent in Iceland.

Data shows that between 2013-2016 Australia’s annual smoking decline rate has basically stalled at 0.2% in comparison to a 3% decline in New Zealand and 12% decline in Iceland

These nations have one thing in common – the legalisation of smoking alternatives such as vaping and heat-not-burn products.

Smoking nicotine is hard to quit and many people enjoy the motion so often seek alternatives such as vaporisers.

The Australian National Drug Strategy Household Survey indicated around 70 per cent said they wanted to quit but despite repeat attempts, are not able to.

‘All of these things are really important moves but you then reach a point where you’re not going any further.’

Only last month the New South Wales Parliament passed the Smoke-free Environment Amendment Bill 2018 to join forces with Queensland, Victoria, Tasmania and the ACT to ban vaping in the same places that cigarettes are banned such as parks, sports grounds and outdoor dining areas. 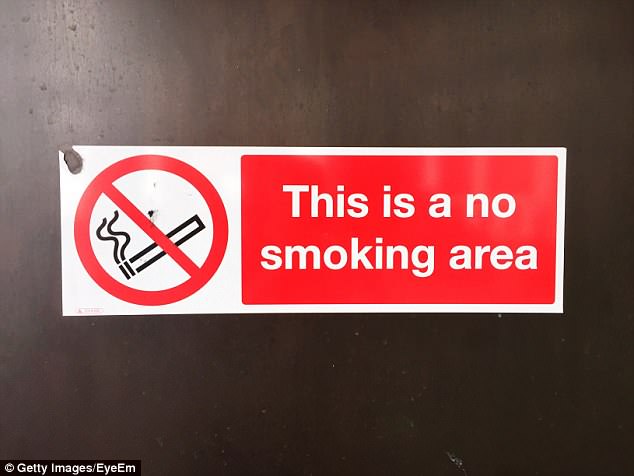 The amendment came into motion despite international evidence that e-cigarettes save lives.

Nicotine liquid once heated and vaporised into in an e-cigarette delivers inhalable nicotine vapor whilst failing to produce carbon monoxide, tar and most cancer-causing chemicals found in combustible cigarettes.

This liquid is illegal in Australia and its ban is upheld by the Therapeutic Goods Administration.

ATHRA Chairman and professor, Colin Mendelsohn said: ‘Most of the harm from combustible tobacco is caused by the 7000 chemicals produced by the burning process and these are mostly absent from vapor,’

‘It is unethical and unscientific to ban a much safer product that could help many thousands of smokers to quit a deadly addiction.’ 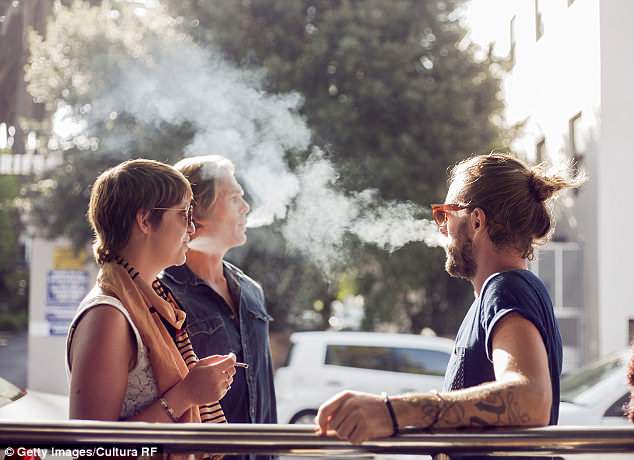 Australians are smoking just as much today as they were three years ago – even with plain packaging, e-cigarettes and the world’s highest priced packets (file picture)

Australian Medical Association (AMA) President Dr Tony Bartone disagrees with the compelling research telling 3AW that there was ‘still a lot of work to be done on whether they [e-cigarettes] really do help people getting off smoking,’

‘A lot of the evidence coming through now is showing that actually all it does it defer or delay the decision to actually come off cigarettes, and a lot of people go back to cigarettes while coming down to it.’

Professor Mendelsohn said: ‘Banning wider access to e-cigarettes on the basis of unproven, potential risks to adolescents would prevent access to life saving quitting aid for millions of smokers,’

‘A better solution would be to employ strategies to minimise youth access and make vaping available for adult smokers who are otherwise unable to quit smoking with conventional therapies.’