Australians are spending their money on online gambling and food delivery services now that they are being forced to pass the time at home, new research has revealed.

Data published by the Sydney Morning Herald has shown a radical change in consumer spending habits over the last week as the country grapples with the economic effects of the coronavirus crisis.

Businesses that were forced to shut down under COVID-19 restrictions have unsurprisingly taken the hardest hit, with gyms and fitness clubs down 95 per cent.

Spending has also plummeted within the travel and public transport sectors, both by 78 per cent, and at cafes, which were restricted to take-away services only, by 42 per cent.

New data has shown a radical change in Australians’ spending habits over the last week, due to the coronavirus crisis 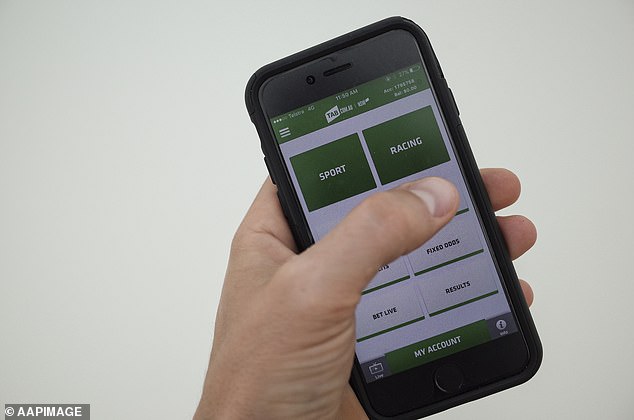 The data, however, has revealed spending has shifted to other industries, specifically online retailers and supermarkets, which have become essential for people cooped up at home.

The number one category in consumer spending between March 30 and April 5 was online gambling, which went up by 67 per cent, more than subscription services and food delivery.

Alcohol and tobacco sales are also booming, with spending up by 33 per cent.

‘That number one shook me. That is higher than subscription services, than Netflix. Higher than putting food on the table,’ Money expert Effie Zahos told Today on Thursday.

‘Gambling is on the number one spot and when you combine it with alcohol, that’s a toxic mix.’

Ms Zahos said the numbers however, prove the government’s stimulus package is working because low income earners are using the stimulus payments to pump money back into the economy.

Supermarket spending was up by 19 per cent in low income earners, who would have received the $750 stimulus payment on March 30. 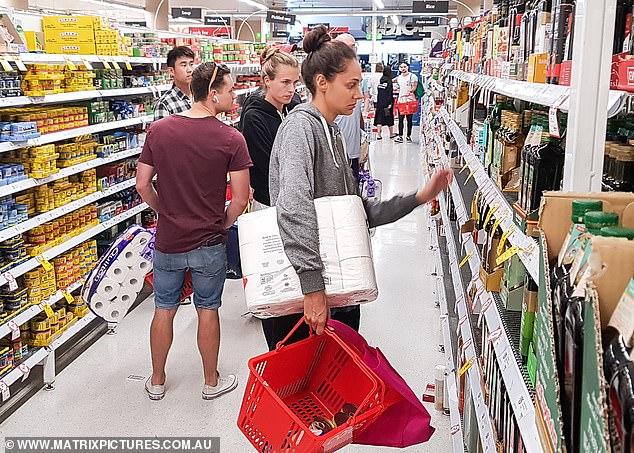 Supermarkets are among those businesses doing well, and spending has increased by 19 per cent among low income earners

Meanwhile, high income earners who did not receive financial assistance from the government, are spending less.

‘Supermarket shopping increased with low-income earners in that week. High income earners, not so much. So it’s a direct result from that,’ Ms Zahos said.

‘They [payments] are being spent and this is great in the right areas.

‘But it does worry me that online gambling, that’s a $15billion dollar industry, is now migrating online.’

Ms Zahos said the main concern is that gambling industry will use the current crisis as an opportunity to target consumers now that they have extra time on their hands.

She warned Australians need to be mindful that their spending habits during the coronavirus crisis can affect them in the future. 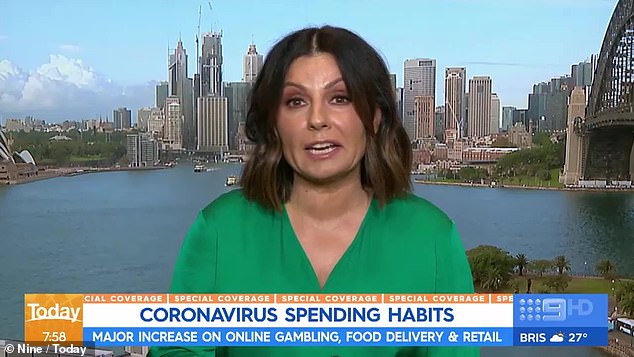