Australians have been given the ‘three elements’ needed before the country’s strict coronavirus lockdown can be lifted.

Health minister Greg Hunt has warned despite a dramatic reduction in the growth of coronavirus cases in Australia it is too early to relax social distancing rules.

There are 6,360 cases of the coronavirus in Australia and 61 people have died, but the growth rate in recent weeks has slowed from 30 per cent to less than 5 per cent.

Mr Hunt told reporters the government was already drawing up a ‘road out’ of the pandemic through a assessment protocol consisting of three main factors.

Two women walk along Bronte Beach in Sydney’s eastern suburbs on Easter Monday. Australia’s health minister has said ‘three elements’ must be met before the nationwide coronavirus lockdown can be eased

‘One is clear indication we are suppressing the case numbers in Australia – it could be case numbers, the re-transmission rate, that’s all being developed into an assessment protocol,’ he said on Monday.

‘Two is ensuring we have rapid response capability – testing, tracing. Thirdly, once those things are achieved, is planning the steps out, which will always be gradual.’

Mr Hunt warned Australia should be wary of falling into the same trap as first-world Asian countries like South Korea and Japan.

Both relaxed their restrictions only to be forced to heighten them again.

‘We want to ensure the more we do now, the greater our ability to manage in the future,’ he said. 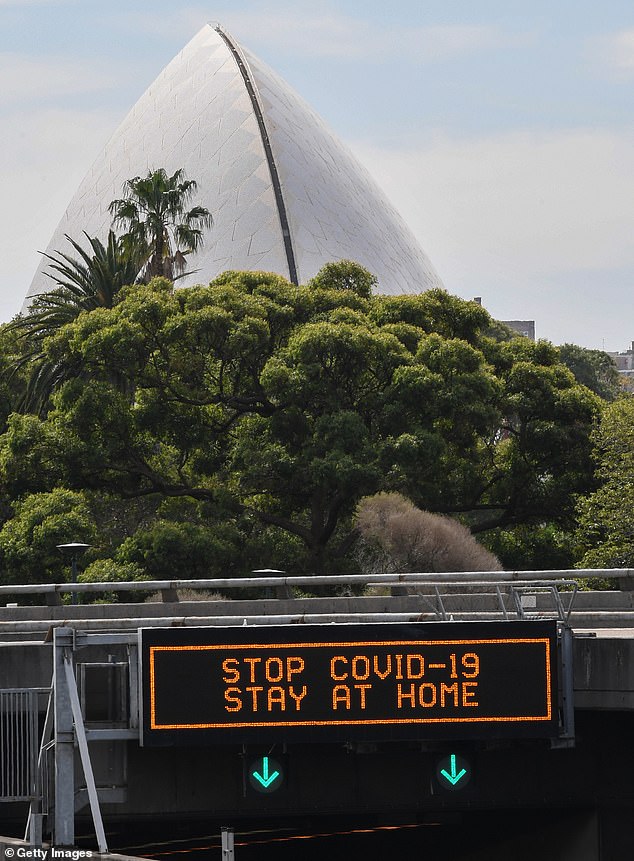 A road warning sign urging Australians to stay at home on Monday – with the Sydney Opera House looming in the background. Health minister Greg Hunt said one criteria was the suppression of COVID-19 case numbers and the re-transmission rate of the illness

It comes as Australians are congratulated for staying at home over Easter as more than half of those who caught coronavirus have now recovered.

Political leaders and health officials have said though the nation must maintain the pressure in the fight against the virus.

The actions of Australians in staying at home and keeping their distance from others is now consolidating efforts to flatten the curve of new infection numbers, Health Minister Greg Hunt says.

‘Millions and millions of Australians have done the right thing and helped protect lives and save lives, not just over the Easter weekend, but over recent weeks and that is why we are flattening the curve,’ he said on Monday.

‘Australians have done what we had hoped – and more.

‘I couldn’t be more impressed, more honoured, and more heartened by the work of Australians over the Easter weekend and in the weeks before.’

Traffic movements over the Easter weekend were just 13 per cent of the usual amount for the holiday.

However, fines were issued in several states after people ignored or flouted the rules and travelled anyway.

More than 6300 Australians have been infected with the coronavirus and 61 people have died.

Two more deaths were recorded overnight but there were only 33 new cases nationwide in the past 24 hours. 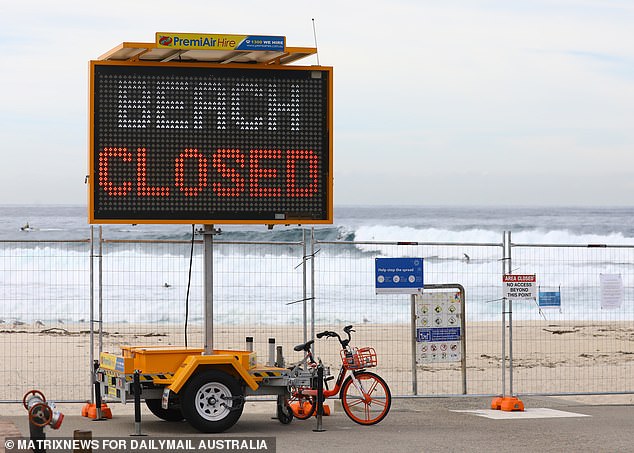 The low number of new infections could be due in part to less testing over Easter.

But encouragingly, almost 3340 people – more than half the total cases – have now recovered.

‘The scale of measures at the moment are something that we clearly do have to review … but it’s not now, it’s within the next few weeks,’ he told ABC radio.

‘I think we need to look at all of the data, look at our preparedness, and the national cabinet will be making a lot of decisions about what, if anything, can be relaxed in the coming weeks.’

Looking forward, Professor Murphy said he would be very concerned if social restrictions were relaxed before public hospitals were fully prepared and the country had enough personal protective equipment.

‘The thing that worries us most at the moment is complacency,’ he said.

‘Every single community transmission that’s undetected can infect a lot of people, and that’s why it is so important that we do maintain measures for the time being.’

Mr Hunt said the aim was to work towards ‘effective eradication’ of the disease.

It comes as a new cluster of 60 cases in Tasmania’s northwest has led the state government to close two hospitals.

About two-thirds of those affected are healthcare workers.

All hospital staff and their households – about 5000 people – will be placed into quarantine for two weeks as a ‘super clean’ of the facilities is undertaken.

Meanwhile, NSW has offered waivers of up to a quarter of land tax bills to landlords who cut rent for tenants affected by the coronavirus crisis.

Queensland has announced that, as in other states, schools will only be open to vulnerable children and those of essential workers after the Easter term break but that this will be reviewed by May 22.

The federal government has announced an extra $3 million to boost the nationally co-ordinated emergency response to COVID-19.

It is also considering subsidising domestic flights for airlines hammered by the pandemic.

Tourism Minister Simon Birmingham says there are no guarantees international flights will resume by December.

He is encouraging people to take domestic holidays instead once the pandemic subsides.

And Sport Minister Richard Colbeck has questioned the NRL planning to restart its competition on May 28, saying the date is probably a bit ambitious.