Australians buying a new home could receive $50,000 as part of Property Council of Australia plan

Australian home buyers could soon be handed $50,000 in a bid to fire up the economy and create jobs in the wake of the coronavirus pandemic

Australians buying a new home could be handed $50,000 as part of a plan to revive the economy.

The proposed ‘New Home boost’ initiative will be limited to the first 50,000 purchases and will run between July 2020 and June 2021.

There will be no limits on the values of properties involved and the program won’t apply to existing homes.

Buyers of newly built homes could receive $50,000 as part of a $2.5billion proposal by the Property Council of Australia

The Council is also planning to scrap stamp duty and welcome foreigners to Australia as part of a seven-point plan.

Ken Morrison, chief executive of the Property Council of Australia, said that the property industry would help the economy recover after COVID-19.

‘Some big and bold thinking is required to get the Australian economy going again after the impact of the COVID-19 pandemic,’ Mr Morrison said.

‘As Australia’s biggest employer which contributes over 13 per cent of GDP, the property industry can be a powerhouse behind economic recovery and growth with the right policy settings and market incentives from the federal, state and territory governments.’

Along with the housing scheme, the Council has proposed a ‘broad-based tax reform’ initiative which would see the abolition of stamp duty and removal of foreign tax surcharges.

The Council has also proposed a ‘Welcome to Australia’ program aimed at promoting Australia as a ‘safe and healthy destination’ for skilled workers.

‘The Property Council has also called on the Commonwealth, state and territory governments to support the fast-tracking of property and infrastructure projects from the public and private sectors that have the greatest potential to catalyse further economic growth,’ the Council said.

It comes after the Housing Industry Association (HIA) estimated construction of new homes in Australia would fall by 43 per cent.

In NSW, this could fall by 27.5 per cent this year alone. 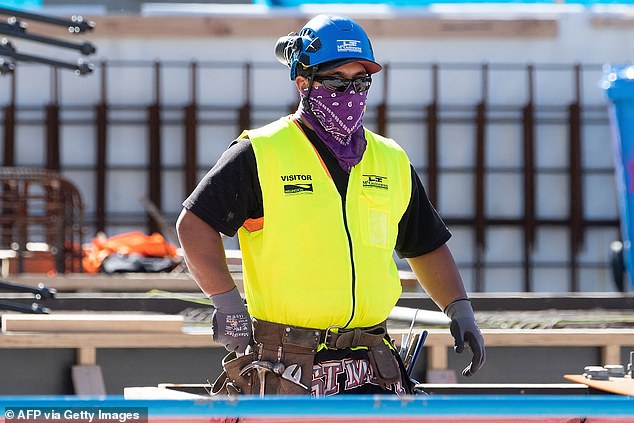 The proposed scheme would contribute to the construction of 50,000 new homes and 200,000 more jobs