Australians will be fined $140 every day unless they leave Bali as Indonesia attempts to control its coronavirus outbreak.

The country previously chose to freeze all visa arrangements for international travellers and allowed them to stay.

The arrangement is expected to end on Thursday, which will mean that the estimated 7,000 Australians living there will face the daily penalties.

Australians will face a $140 fine per day if they stay Bali without a visa extension as the government ends the grace period on Thursday. Pictured are tourists in Bali in June

The Department of Foreign Affairs and Trade’s Smart Traveller website warned Australians last week to apply to extend their visa or make plans to come home as soon as possible.

‘Overstaying your permit may result in fines, detention and/or deportation.’

It noted that COVID-19 was ‘widespread’ in Indonesia and Australians were not allowed to travel to the island nation. 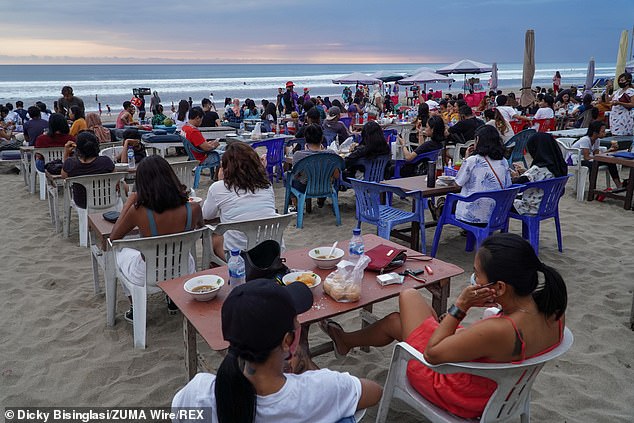 There are an estimated 7,000 Australians that chose to stay in Bali during the global pandemic. Pictured are tourists on the beach in August

Indonesian Institute president Ross Taylor said the changes had left many Australian’s unprepared but he believed that detention was unlikely.

‘It has really caused a lot of panic, he told The West Australian.

Mr Taylor said the group is lobbying to extend the visa freeze to allow Australians to get out of the country without facing massive charges due to flight delays.

‘We just want to give people a chance because at the moment there are no international flights operating out of Bali,’ he said.

Mr Taylor said the only available routes out of Bali would take Australians through a string of countries and cost thousands of dollars.

He said once Australians arrived they would need to foot an additional $2,500 bill to be placed in hotel quarantine. 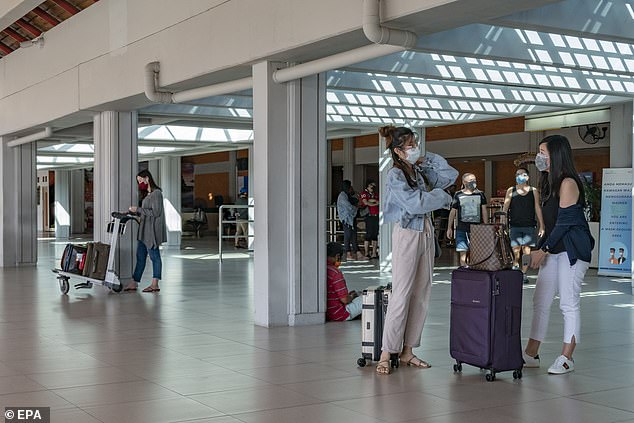 Australians may find it difficult to get back home with a very limited amount of internal flights available. Pictured are tourists at Bali Airport in July

WA Premier Mark McGowan said he would be looking at ways to bring home Australians while keeping his state safe.

‘Obviously we have to cope with large numbers of people still coming into the country,’ he said.

‘At any given point in time we have between 1200 and 1500 people in quarantine hotels.’

Mr McGowan said he wanted to avoid a Victoria-style outbreak from the influx of travellers. 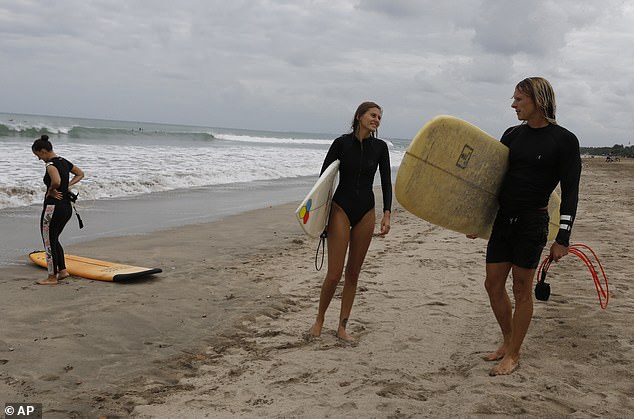 Australians could be forced to pay thousands to fly back home before they are slugged $2,500 to stay in mandatory hotel quarantine. Pictured are tourists in Bali in July