Australians have revealed the things that meant someone was ‘rich’ when they were kids – including cordless phones, lunchboxes filled with brand named snacks, fridges with ice dispensers and CD players.

Radio duo Kyle and Jackie O prompted an amusing discussion on social media after asking everyone to list the signs that suggested your friend was secretly wealthy.

One of the most commonly mentioned things was a swimming pool.

‘An in-ground pool, all the neighbours would come over swimming, my dad said “I’m charging an entry fee”,’ one woman wrote on Facebook, while another added: ‘A pool but if you had the lions on the gate you were a millionaire.’

And one woman said: ‘If you had a pool, you were rich.’

Fridge with an ice dispenser

Two-storey home with a staircase

Others agreed any kid living in a two-storey home with a staircase had ‘rich’ parents.

‘I always thought people were rich when they lived in a two storey house by the water,’ one woman  said, while another added: ‘My friend had a second storey with stairs in their house, they were mega rich.’

While one woman revealed: ‘I used to think anyone with electric front gates were rich.’

One man – who noticed how ‘poor’ he was growing up – said he could tell how ‘rich’ his school friends were just by looking at their lunchboxes.

‘And mine was homebrand chips, crackers and dip, no name muesli bar and that little plastic bottle that came with the lunchbox with frozen no name cordial lime which tasted like green food colouring and peanut butter, jam or Vegemite sandwiches.’

One woman shared a similar story, saying: ‘I always thought those who had the “Just Juice” poppers were rich because I only got the Franklins brand.’

Many said they remember thinking their friends were rich after they saw a cordless phone or colour TV in their home. 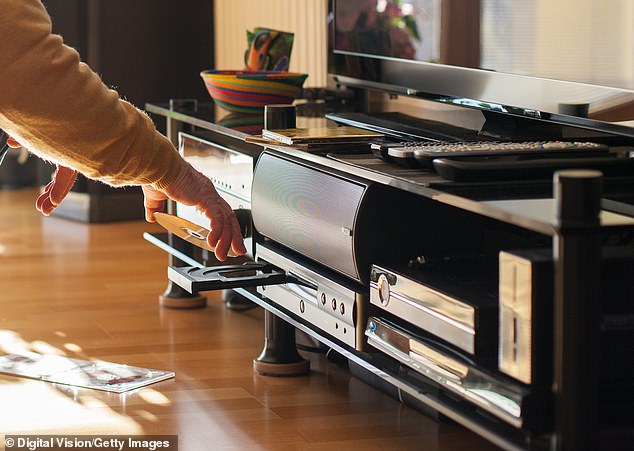 ‘When I was a kid I thought my friend’s parents were rich if they had a cordless home phone,’ one wrote, while another added: ‘Coloured TV or a phone in the house was rich to me.’

Any kid who owned a portable CD player were considered as ‘rich’ by their peers.

‘My friend in primary school got a CD player when first released. We went over for a party,’ one woman said, while another revealed: ‘When my 10th birthday came around and I got my first CD player… OMG I thought I was queen.’

Other signs that suggested someone was rich included a fridge with an ice dispenser, a home with air conditioner, tiled floors, no carpets, a brand new car and serving Viennetta cake for dessert.

One woman who was one of 10 kids said she remembered thinking her friend was rich because she had ‘heaps of dolls and they had all of their arms and legs’.