Australian rescuers are attempting to save a solo yachtsman who is stranded 3000km out at sea.

Indian naval officer Abhilash Tomy, 39, was competing in the 2018 Golden Globe Race. Competitors are required to complete a 30,000-mile solo circumnavigation of the world.

Mr Tomy’s rescue could take days and authorities are currently battling to reach the remote waters where tracking signals have located his yacht 3000km southwest of Perth.

He last sent a text message of distress on Friday evening reading ‘ROLLED. DISMASTED. SEVERE BACK INJURY. CANNOT GET UP.’

The skipper has not been heard from since.

Australian authorities are coordinating the rescue of solo yachtsman Abhilash Tomy (pictured) who has become stranded 3,000 km south-west from Perth 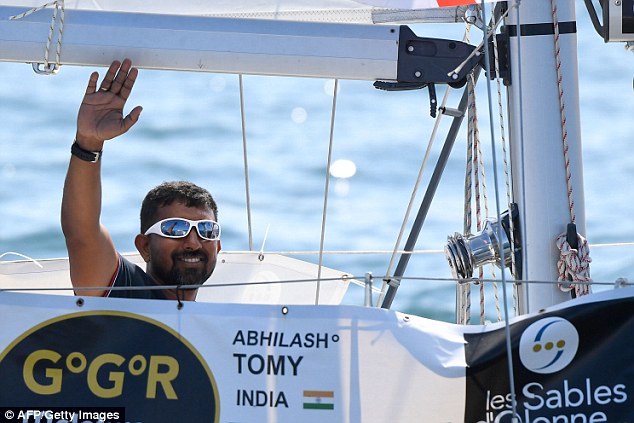 Race organisers are working closely with the Australian Rescue Co-ordination Center in Canberra to reach the Indian naval officer.

Australian authorities are also working with French Maritime Rescue Centre based on Reunion Island in the South Indian Ocean which is attempting to source a vessel that might assist.

Other Golden Globe Race competitors have been alerted to the situation and may be able to check on Mr Tomy’s yacht.

In particular Estonian skipper Uku Randmaa is within range, some 450 miles to the west of Thuriya. He is now sailing towards Thuriya.

The Indian Navy have tweeted saying that they have diverted stealth frigate INS Satpura in the Southern Indian Ocean to join the rescue mission.

Race Chairman Dom McIntyre issued a statement this evening, saying that Mr Tomy was most likely ‘incapacitated’ considering that he has not made any further contact.

‘The fact that Abhilash has been unable to make contact via text or sat phone, nor set off his emergency beacon is unusual and suggests that he remains incapacitated. 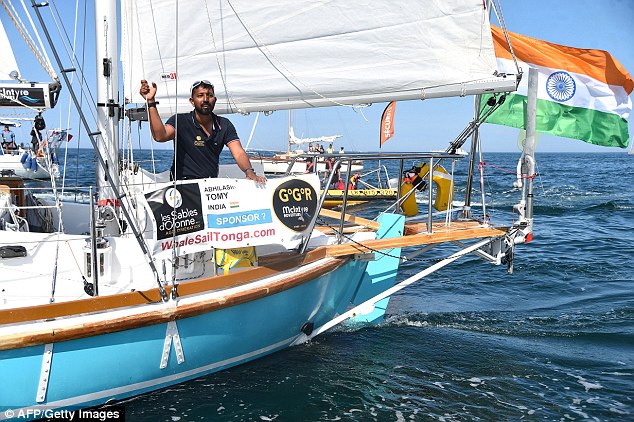 ‘The only link is the tracking signal we are receiving from the yacht, but the batteries have a limited life,’ Mr McIntyre said.

‘We are very grateful to all these international organisations for mobilising their resources so quickly and for the lead role taken by MRCC in Canberra.’

A tracking signal shows that Tomy’s yacht Thuriyais is positioned some 1,900 nautical miles south-west of Perth at the extreme limit of immediate rescue range.

The race started on 1 July 2018 when competitors set sail from Les Sables-d’Olonne, France.

Naval Officer Abhilash Tomy is the first Indian to complete the difficult challenge of a solo, unassisted, non-stop circumnavigation under sail.

He has been known to endure extreme circumstances during prior voyages, including facing a shortage of drinking water a third of the way into a journey from the Indian Ocean to the Cape of Good Hope in Africa. 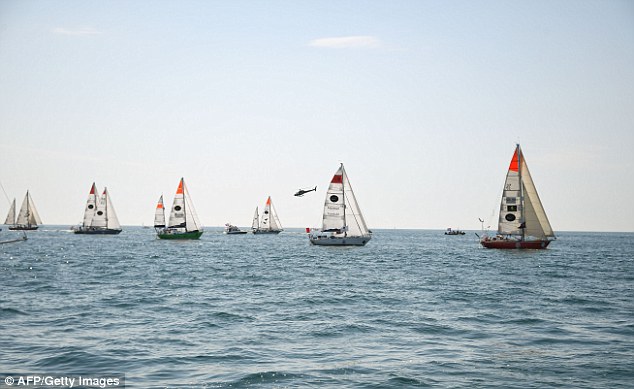 The race started on 1 July 2018 when competitors set sail from Les Sables-d’Olonne, France