An Australian couple stranded in Central America by the Covid-19 pandemic are trying to sail 14,000km home after their flights were repeatedly cancelled.

Brisbane couple Jake Shepherd and Tamara Ilic will embark on the four-month voyage across the Pacific Ocean after exhausting all other options to leave Panama – even though they’ve never sailed a boat before.

They tried to fly out of the country three times and contacted the Department of Foreign Affairs and Australian embassies in other countries for assistance.

Ms Ilic said nobody answered their several calls for help to get home. 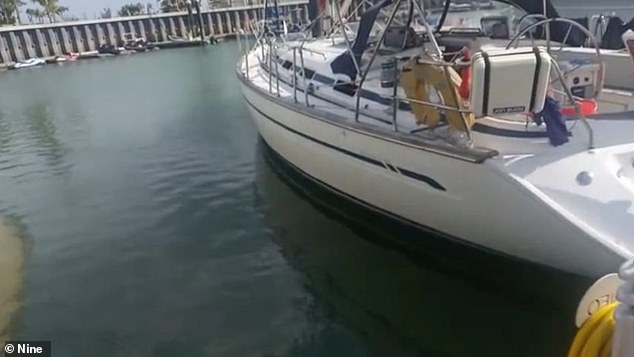 Ms Ilic and Mr Shepherd have decided to take matters into their own hands and set sail for Brisbane (pictured, the boat the pair intend to sail from Panama to Brisbane)

‘The only thing we’ve received back is one automated email which wasn’t helpful so that’s why we started looking into alternative ways to get home,’ she told the Today show.

Australia closed its international borders in March 17, 2020, and will keep them cshut until at least June 17, and likely until October.

Travellers have been barred from arriving in the country while Australians can’t leave without an exemption.

There are still 40,000 Australians stranded overseas and only NSW, Western Australian, and Queensland are accepting a handful of travellers a week.

Airlines have reduced the number of passengers allowed on the flights and gouged ticket prices to cover the cost of almost empty flights coming in to Australia.

Ms Ilic and Mr Shepherd travel the world and record their globetrotting adventures online under the name ‘Lockdown Travellers’.

The pair were travelling through Central America when the Covid-19 pandemic hit.

They tried to leave the country three times by air, but had their flights cancelled at the last minute.

Ms Ilic and Mr Shepherd instead decided to take matters into their own hands and will set sail for Brisbane. 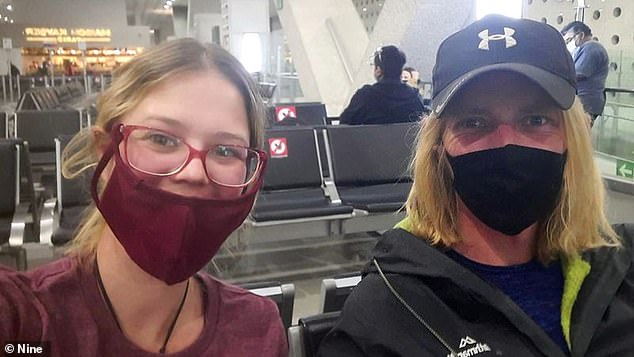 The couple scoured the internet and social media groups looking for captains who are looking for extra crew and help on deck in return for safe travel.

They say they feel confident they have found a captain who has enough experience to get them safely home.

Ms Ilic also admitted they have some reservations about sailing across the ocean for four months.

‘I’ve got a healthy fear of sharks, I’d like to say – they’re dangerous,’ Mr Shepherd added.