More than 100 high-powered Australians were in the festive spirit as they gathered for the nation’s most elite Christmas party.

A who’s who of Australian showbiz, politics, business, sport and media gathered at the palatial mansion News Corp co-chairman Lachlan Murdoch shares with wife Sarah in the exclusive Sydney suburb of Bellevue Hill on Thursday night.

The soiree at the harbourside mansion is the annual end-of-year bash for friends to the News Corp world Down Under – and its biggest stars.

Celebrations were bathed in glorious Sydney sunshine, unlike last year when rain threatened to dampen festivities.

Those on the prestigious guest list received an invitation featuring the high-powered couple in front of a Christmas tree drawn by The Australian’s cartoonist Johannes Leak.

Sky News host Peter Stefanovic was among the first arrivals, dressed in a white business shirt carrying a suit jacket.

He was followed by one of Murdoch’s neighbours, News Corp Australasia chief executive Michael Miller hand-in-hand with his wife. 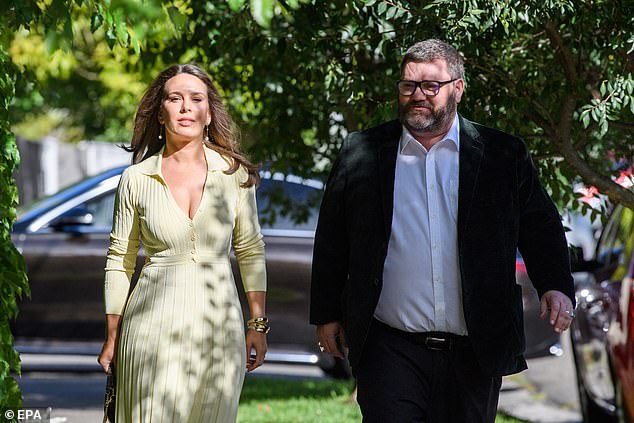 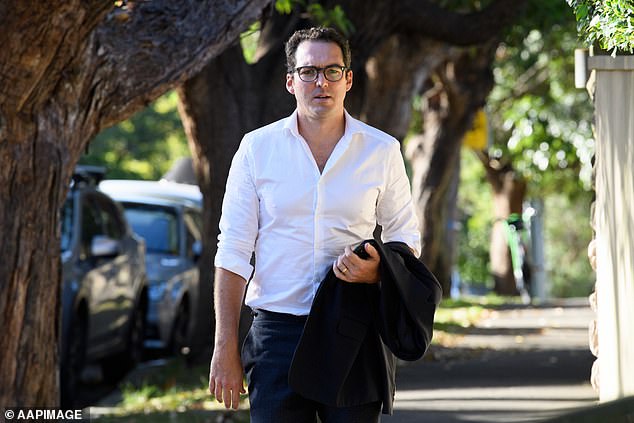 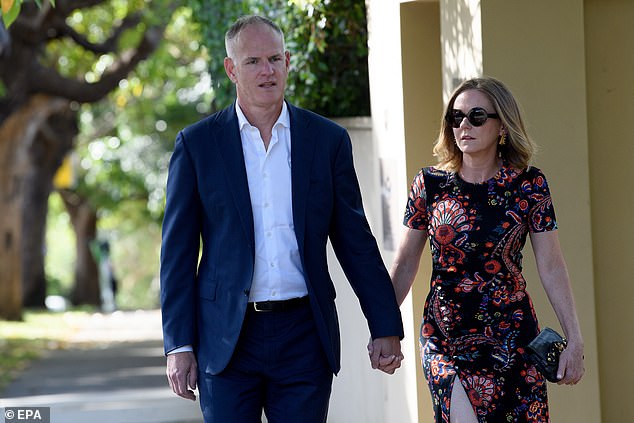 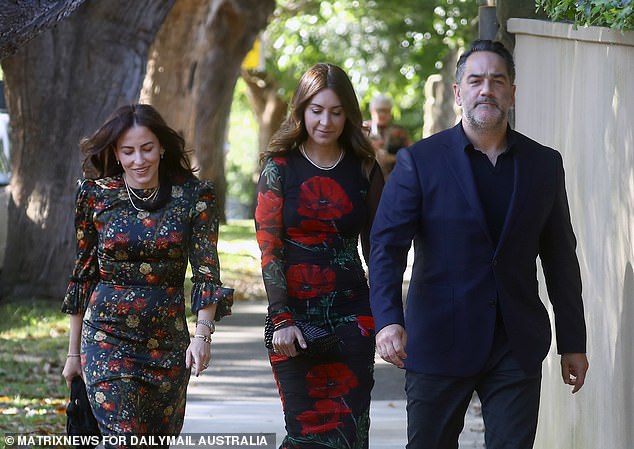 Qantas chief executive Alan Joyce arrived ready to let his hair down after a tumultuous year for the airline, while Sky News host Andrew Bolt arrived at the Murdoch mansion in a taxi.

Sky News presenter Laura Jayes turned up in a stunning yellow dress with a plunging neckline and accessorised with dangling earrings and gold bangles. She was accompanied by her firebrand colleague Paul Murray. 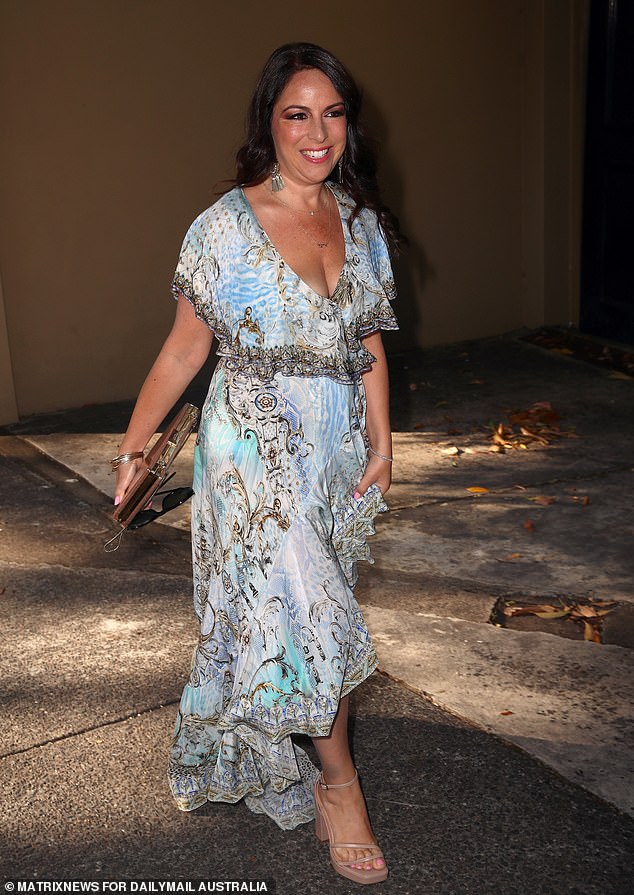 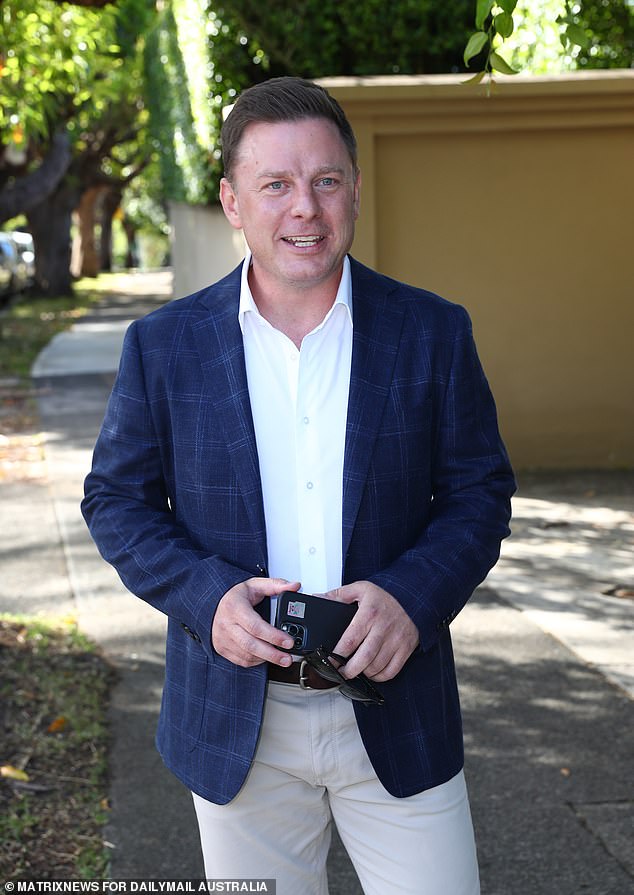 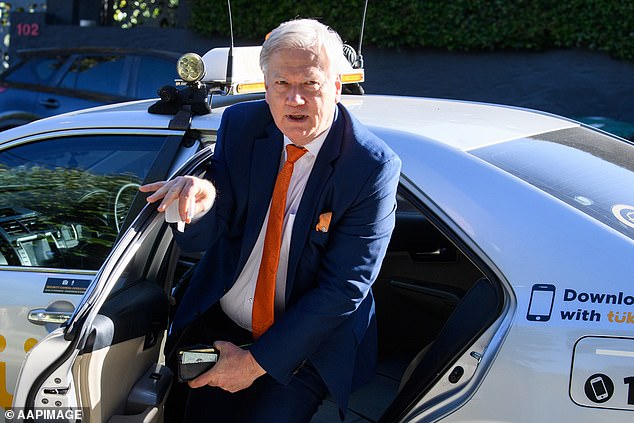 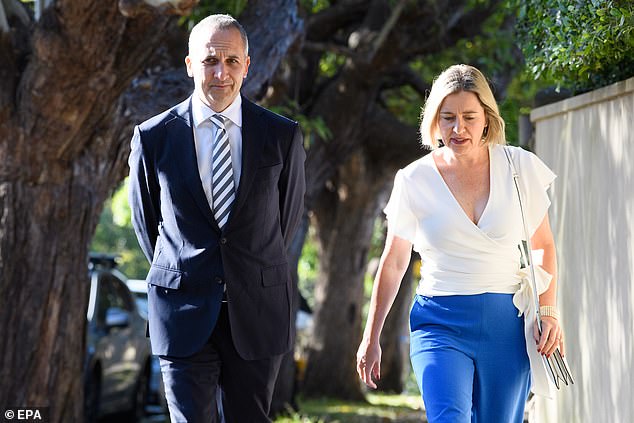 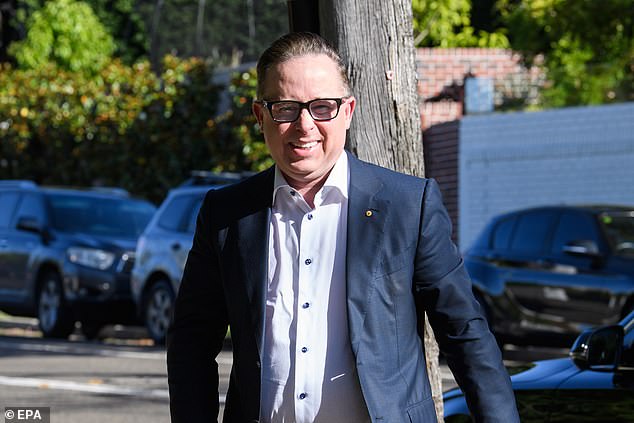 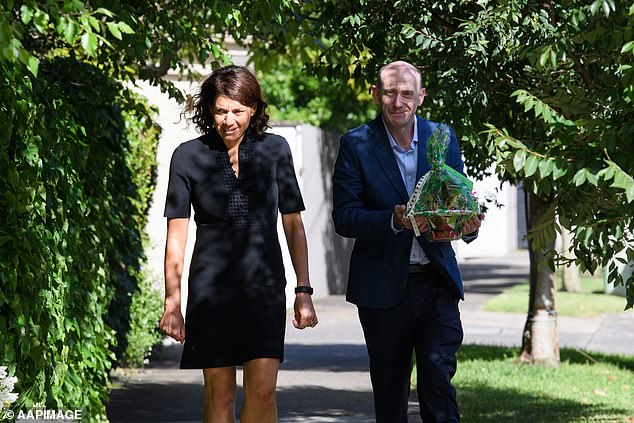 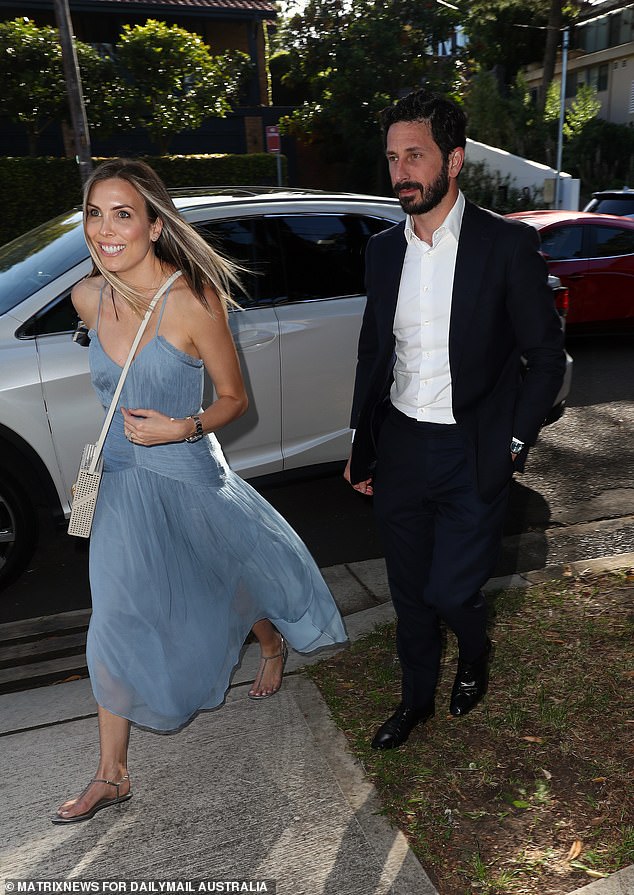 Women donned designer party gowns and heels, while most of the men wore dressed-down suits with sneakers. But the jackets quickly came off and their sleeves were rolled up due to Sydney’s warm weather.

‘I’ve never seen so much Dom Perignon,’ one person involved in the bash told the Australian Financial Review. 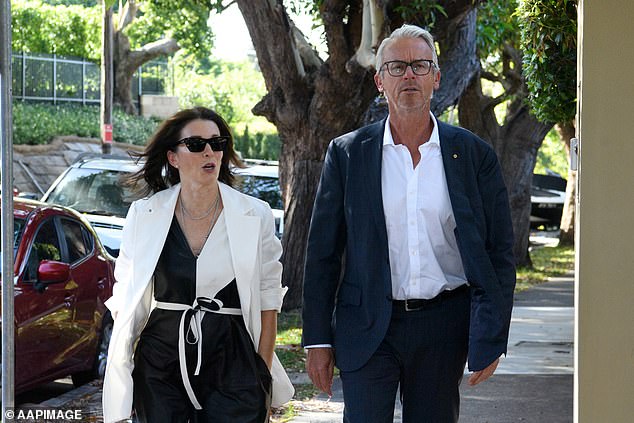 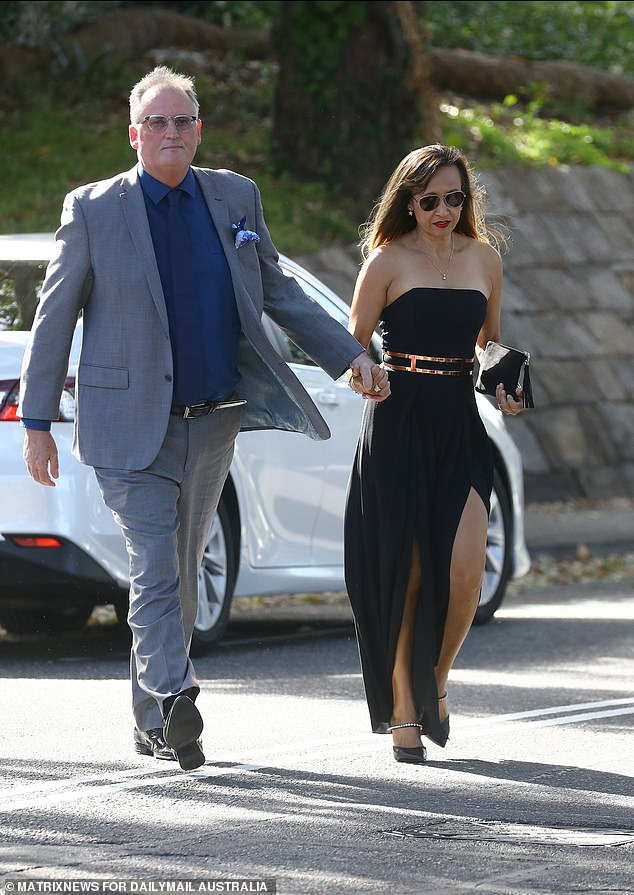 A host of radio stars also attended, including rival breakfast broadcasters Ben Fordham from 2GB and Michael ‘Wippa’ Wipfli from Nova, which is owned by Murdoch’s private investment company.

One noticeable no-show who attended last year’s bash was Kate Ritchie following her shock departure from her Nova radio show.

The former Home and Away star confirmed on Thursday she’s in rehab due to an ‘unhealthy reliance on alcohol.’

Also missing was Prime Minister Anthony Albanese, who’s isolating at Kirribilli House after he was struck down with Covid-19 earlier in the week. 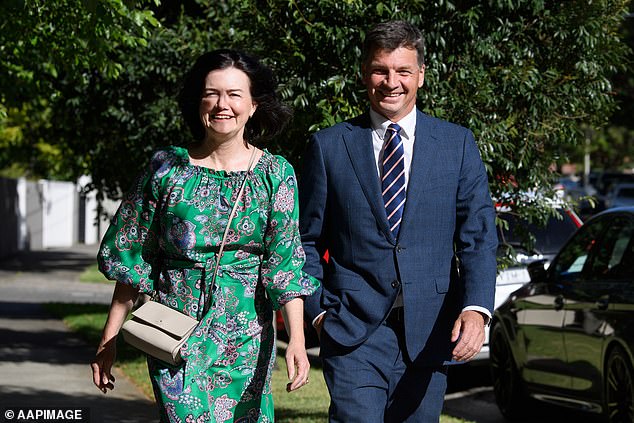 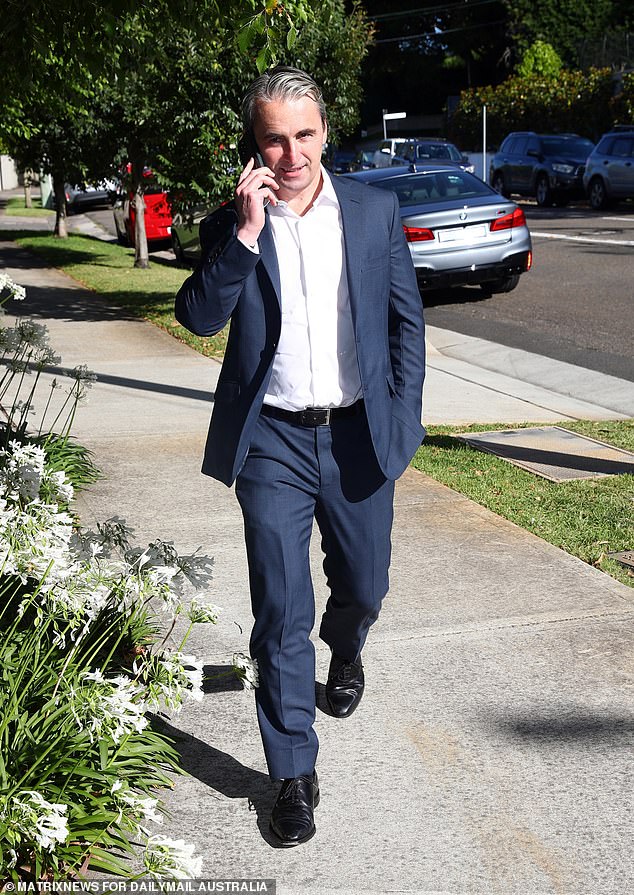 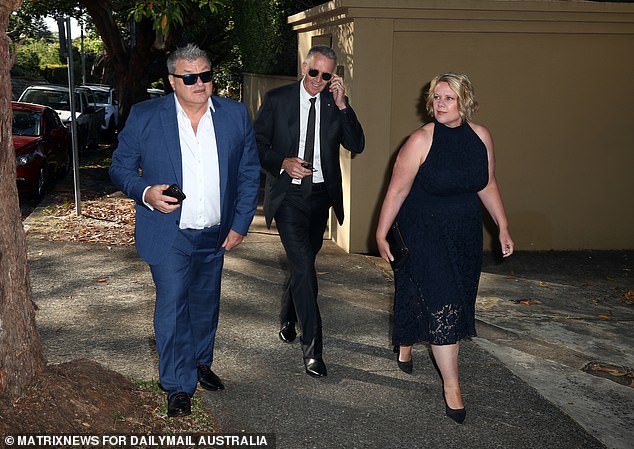 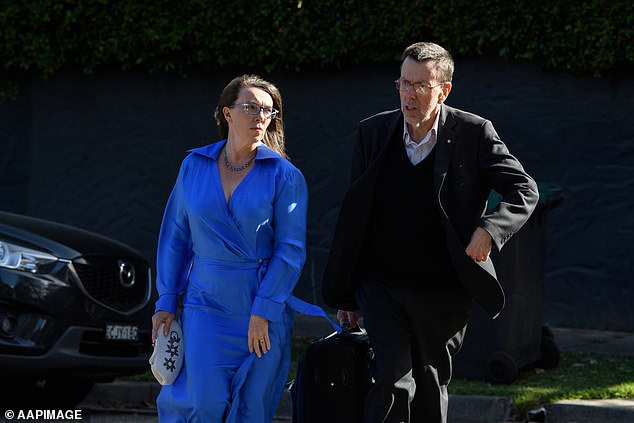 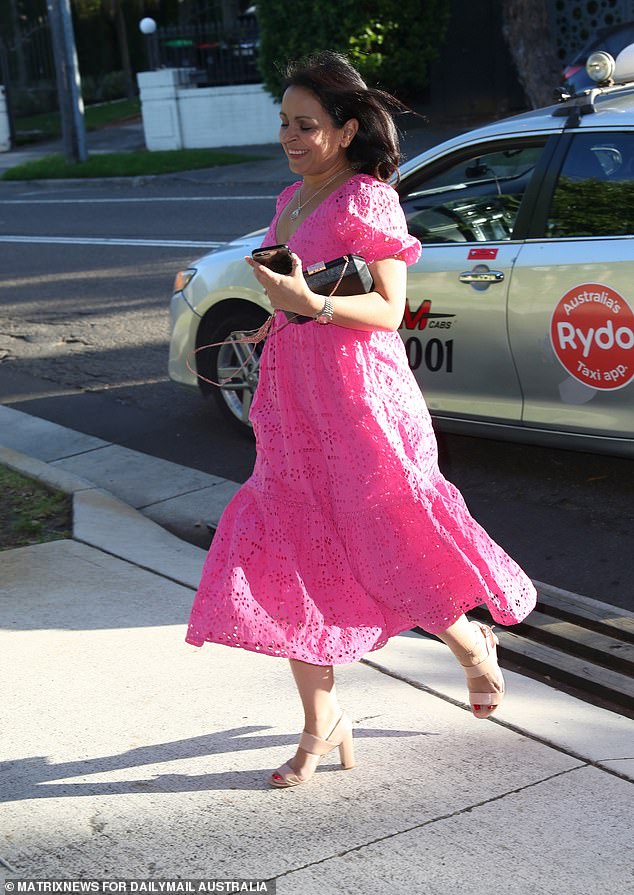