Airports across Australia are rolling out new drone-scanning technology in a bid to  prevent Gatwick-style aviation fiasco.

London’s second busiest airport was brought to a standstill for three days last week when a drone hovered over the airspace.

It stopped more than 1,000 flights causing travel misery for more than 14,000 passengers.

Australia’s Civil Aviation Safety Authority (CASA) is now beefing up its security measures to combat the risk of a drone interfering with a passenger plane.

From January, any drone that breaches airport exclusion zones will be scanned for serial numbers and the operator’s location.

The owner will then be tracked down, CASA spokesman Peter Gibson told Fairfax.

CASA currently has to rely on drone sightings from the public and police information.

Mr Gibson said the new technology will give them an edge in the fight to prevent a serious collision.

‘This change will give us the ability to be in a sensitive location like Tullamarine and conduct random drone checking and if we find you in that 5½-kilometre radius, we will see you and find where you are,’ Mr Gibson said. 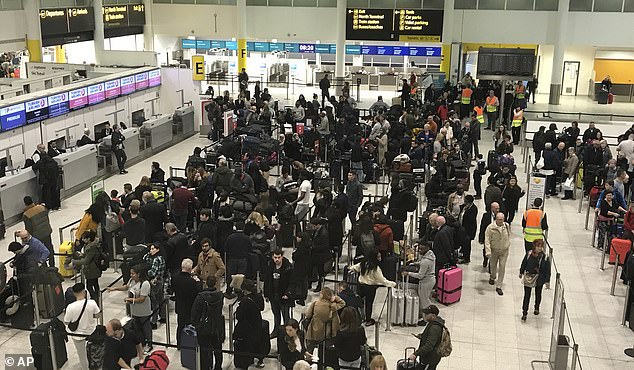 Gatwick, London’s second busiest airport, was brought to a standstill for three days last week when a drone hovered over the airspace, stopping more than 1,000 flights and 14,000 passengers

Drones weighing more than two kilograms must be registered or the operators must be certified.

There are strict rules around drone operation in Australia. Drone’s must remain 5 ½ kilometres from airports, they must be flown more than 30 metres away from people and they cannot be flown above 120 metres from the ground.

Recreation drone users will have to complete an online safety and training course to be registered with CASA from mid-next year.

Anyone who breaches the rules could face a $10,000 fine. Drone owners could get five years behind bars if they are caught causing a hazard to an aircraft. 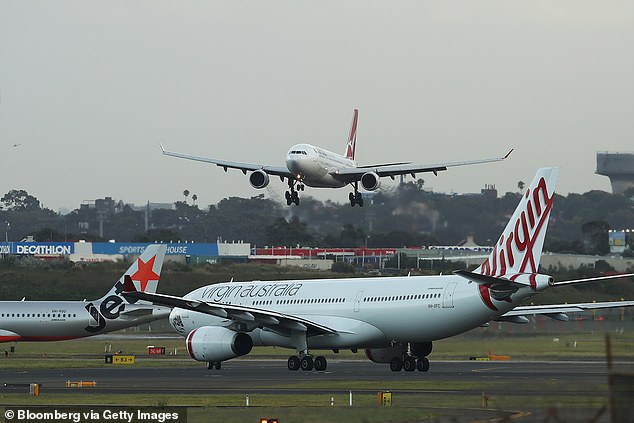 There are strict rules around operating a drone. They must remain 5 ½ kilometres from airports, they must be flown more than 30 metres away from people and they cannot be flown above 120 metres from the ground

‘I think we’ve been fortunate in Australia to have a robust set of regulations for a long time and because of that it’s allowed us to really develop the commercial drone sector and identify a whole bunch of safety issues that are emerging and need addressing.’

The culprit behind the Gatwick Airport chaos remains at large, as the Sussex Police are accused of bungling their probe.

There were 67 sighting reports from December 19 to 21 of a drone being operated illegally around the Gatwick Airport runway in an act police described as ‘deliberate’ to disrupt the airport.

Timeline: How dangerous drone managed to shut down Gatwick

9pm, December 19 (UK time): Drone is first spotted by airport staff hovering near the runway causing flights to be grounded or diverted.

9am: Another sighting of the drone as police start hunting perimeter of the airport

8pm: Gatwick tells passengers not to come to the airport on Friday as drone buzzes across terminals

8.30pm-9.30pm: Another sighting of the drone on Thursday evening

10pm: The last known sighting of the drone hours after Army is deployed

3am, Friday December 21: Airport bosses deem the airspace is clear

6am: Gatwick re-opens the runway

10.30am: Flights are taking off and landing as normal

5.10pm: The runway is closed again after another suspected sighting

December 23: Sussex Police confirm two suspects arrested in conjunction with the widespread disruption of flights at Gatwick Airport through the illegal use of drones have been released without charge