A blockbuster semi-final against either the United States or Spain awaits the Boomers if they can beat Argentina in an Olympics quarter-final.

Australia, undefeated and on top of their pool, drew Argentina in Sunday night’s top-eight draw in Tokyo.

The United States, who finished as the best second-placed team and effectively qualified as a top seed, drew Spain in a stacked bottom half of the draw.

Spain had earlier lost a see-sawing pool game to Luka Doncic’s Slovenia to be relegated to second in their pool.

Slovenia will play Germany while France must beat Italy to make the final four in a wide-open top half of the draw.

The Boomers are hunting gold and will take confidence from a win over the Argentinian side in an exhibition match before they arrived in Tokyo, Patty Mills hitting a three-pointer on the buzzer in a three-point win.

Beyond that lie either the star-studded United States, or Spain, who have beaten the Boomers at the last World Cup and Olympics to deny them a medal. 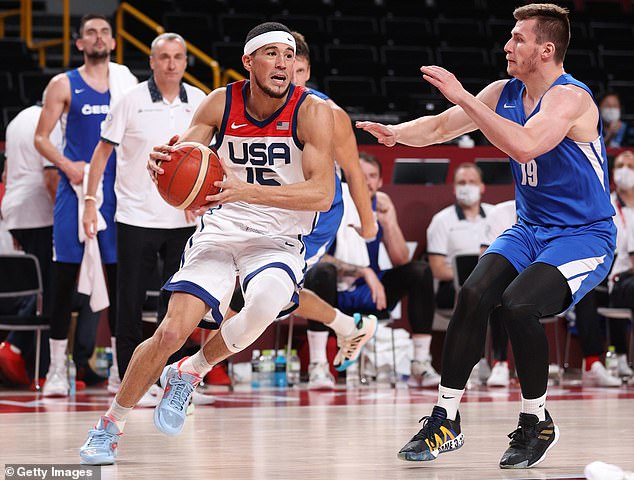 The United States are defending champions but have been exposed in recent times, missing the medals at the World Cup and beaten by Australia in their last two encounters, including as recently as last month.

Spain beat Australia 89-88 in Rio’s bronze medal match courtesy of a questionable late foul call, while they came from 11 points down to win the 2019 World Cup semi-final in double overtime.

‘We’ve got to find an altar somewhere and burn a sacrifice to the basketball gods, ’cause they’re not kissing us on the d**k yet,’ assistant coach and former star centre Luc Longley said after that second loss. 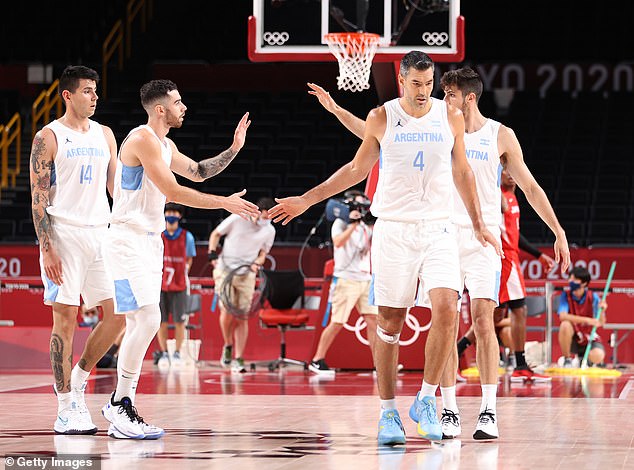 ‘I feel stabbed in the heart by that … in Rio I also feel like we deserved to win that … I don’t know what we’ve got to do.’

In a new system with a four-team pool, the USA threw a cat among the pigeons in a first-up loss to France.

They have since hit their straps though and with Kevin Durant, Devin Booker, Damian Lillard, Khris Middleton and Jayson Tatum will go head to head with a Spanish outfit led by dynamic guard Ricky Rubio and Gasol brothers Marc and Pau.