Australia will head into the Tokyo Olympics men’s basketball finals as unbeaten group winners after making it a perfect three from three with a gritty 89-76 win over Germany.

Patty Mills was the star of the show with 24 points for the Boomers, while Nick Kay was tremendous after being elevated to the starting five to replace the injured Aron Baynes with 16 points and four rebounds.

Fellow big man Jock Landale was man possessed as he again pressed his claims for an NBA call-up, the Melbourne United star scoring 18 points on seven for ten shooting, including two from two from long range.

Patty Mills (pictured) starred again for the Boomers, scoring 24 points as they beat Germany to remain undefeated in the group stages 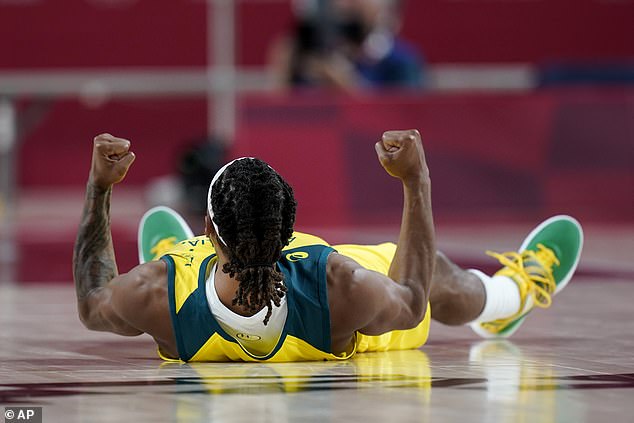 The Boomers beat Germany 89-76 in a gritty win on Saturday night, and will have to wait until Sunday’s games are complete to learn who their quarter-final opponent will be

Australia will have to wait until Sunday’s final round of preliminary games to learn who their last-eight opponent will be.

Mills’ stellar night was not on the cards early with the Australian flagbearer missing his first four shots.

But displaying the shooter’s mentality that has been the staple of his decorated NBA career, Mills kept putting them up and they soon started to drop, though it was the Germans who took a 22-18 lead to the first break.

With their starters struggling, Australia were looking for alternative avenues to get on the board and both Chris Goulding and Nathan Sobey contributed their first points of the Games, before Mills started to find his range from deep to give the Boomers a slender halftime lead.

A Mills four-point play early in the third put the Aussies up 50-40, but their advantage was gone as quick as it was established as the Germans went on a 10-0 run of their own.

Leading by seven going into the last period, the Boomers went to the long ball as first Matisse Thybulle, then Joe Ingles and finally Landale all landed threes – the Aussies keeping Germany at arms length to secure the win. 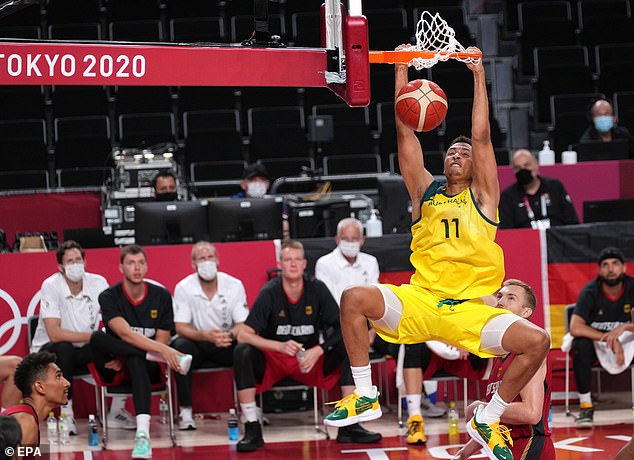