Australia’s Covid-19 ‘honeymoon’ could be short-lived as one of its Asian neighbours experiences a new spike in cases, an expert warns.

Singapore is in the middle of a ‘controlled wave’ of the virus, recording up to 4,000 cases a day as its death toll from the pandemic surges past 560.

The Southeast Asian city-state recorded its worst daily spike of 5,324 infections a fortnight ago.

Australian infectious disease specialist Dale Fisher, an advisor to the World Health Organisation and the Singaporean Government, has repeatedly warned in recent weeks that another horror wave could hit Australia’s shores next year.

He believes Singapore is a prime example of how Australia may struggle to avoid an inevitable new wave once the weather cools down in March.

‘I think you will get a bit of a (summer) honeymoon because people open the doors, windows, go outside for picnics. That’s much safer,’ Professor Fisher told the ABC.

‘My concern, in Australia, would be more about March to April as you’re going back into winter.’

Singapore recorded 3,099 cases on Friday as the recent surge continues following the country’s decision in August to ease restrictions and learn to ‘live with Covid’.

A predicted surge of cases has failed to occur in NSW and Victoria since lockdowns lifted in October.

Numbers remained steady with daily cases in NSW below 300 most days while Victoria remains in the triple figures.

Experts said the recent surge in Singapore is due to the waning efficacy of Covid vaccines with jabs rolled out earlier than Australia.

Many of the 94 per cent of vaccinated Singaporeans are now rolling up their sleeves for their booster shot which have also started in Australia. 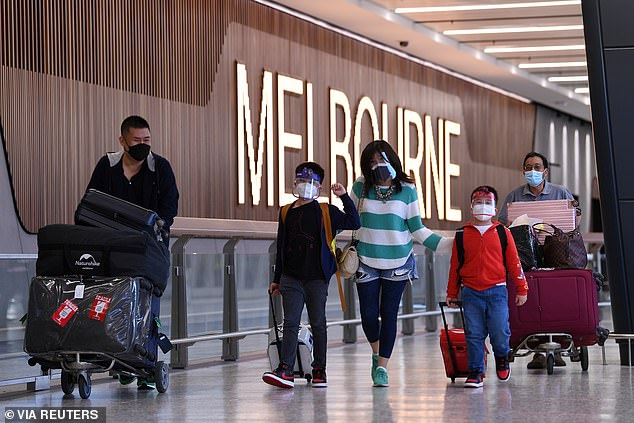 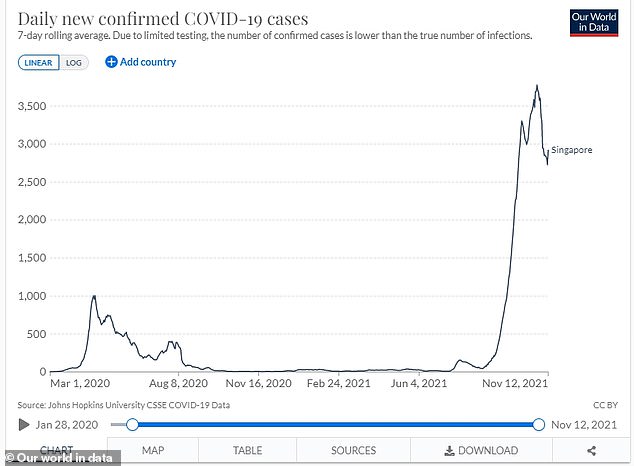 What could work in Australia’s favour is its high vaccination rate among the elderly with 94 per cent of over-80s fully jabbed.

Just 86 per cent of Singapore’s population are over- 80s are fully jabbed, compared to about 95 per cent between the ages of 20 and 70.

Professor Fisher warned Australia to remain ‘cautious’ about the easing of restrictions and to get the booster shots when they are due.

‘I think there’s a risk. Everyone is obviously sick of the pandemic and wants it over. But that would be my major warning,’ he said.

The vast majority of 233,000 cases recorded in Singapore have asymptomatic or mild symptoms with just 0.2 per cent resulting in death.

Most of its 562 deaths were in the last three months as restrictions eased.

‘What matters in Singapore is not that we have 3000 or 4000 new cases a day but that we have 75 empty ICU beds which gives us a bit of comfort,’ Professor Fisher told The Australian. 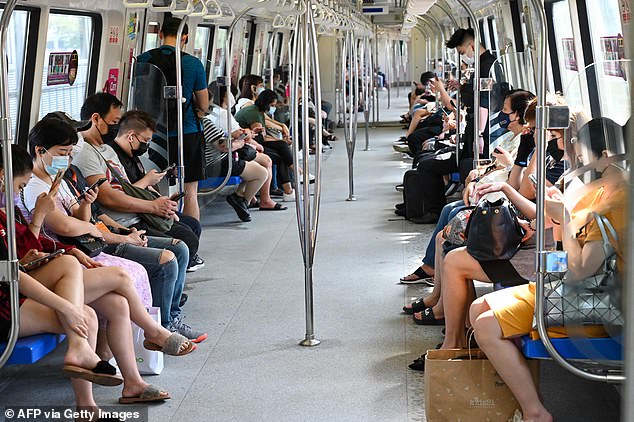 Singapore’s Covid minister Lawrence Wong recently warned most Singaporeans will ‘sooner or later’ end up getting the virus.

‘Unlike many other European countries, we have kept infections in Singapore low for a very long time,’ he said last month.

‘Now they have a much higher level of natural immunity and together with the vaccination programs that they have introduced, many of these countries have reached the new Covid-stable situation.’

National University of Singapore’s Saw Swee Hock School of Public Health Jeremy Lim told Fortune magazine: ‘Countries that reopen from zero covid to living with endemic covid you have to expect massive numbers (of cases) and a small proportion will die. It’s just the nature of the virus.’

‘It’s a horrendously difficult message to communicate politically. But if you don’t communicate it forcefully… it can make the reopening very, very messy.’ 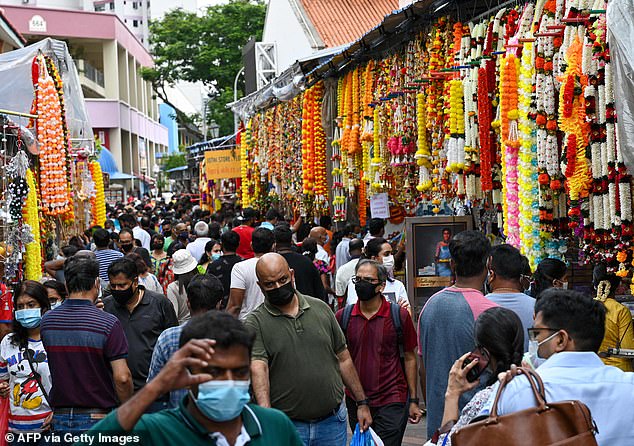