There is no more dangerous place in sport than the moral high ground. That’s a lesson Australian cricketers have never learned.

One moment they’re bragging to the world about their noble, hard-but-fair attitude to cricket and to life; the next they’re whinging harder than any Pom ever whinged. Or else, like now, they’re exposed as cheats.

A few months ago, Australian cricket team captain Steve Smith and one of the younger players, Cameron Bancroft, gave a giggling press conference designed to upset England in general and wicketkeeper Jonny Bairstow in particular.

Australian cricket captain Steve Smith (right), 28, was forced into making a grovelling apology after TV cameras caught teammate Cameron Bancroft (left), 25, trying to alter the condition of the ball with a piece of tape covered in dirt

They were making a public issue of a jocular headbutt apparently offered by Bairstow as a daft greeting to Bancroft. The press conference was designed to make them look good – morally good – and their opponents bad.

A head-butt sounds like assault, and the perception that Bairstow was a thug quickly began to sink in. Yet Bairstow insists – almost certainly truthfully – that it was nothing more than ‘boys being boys’ and their heads never made contact.

‘I knew I hadn’t done anything wrong and, more importantly, the team and management knew that too,’ said Bairstow. ‘Australia, as they have admitted, were trying to use it to get under my skin.’

This was a typical Aussie tactic to undermine the opposition. All the more effective given that England’s star player Ben Stokes had been charged with affray after an incident outside a nightclub and had not been allowed to join the tour.

The ball-tampering by Smith and Bancroft in the current Test against South Africa is another tactic, it now appears. It is a form of cheating designed to give their bowlers an unfair advantage, and regarded in the game as an extremely serious matter. 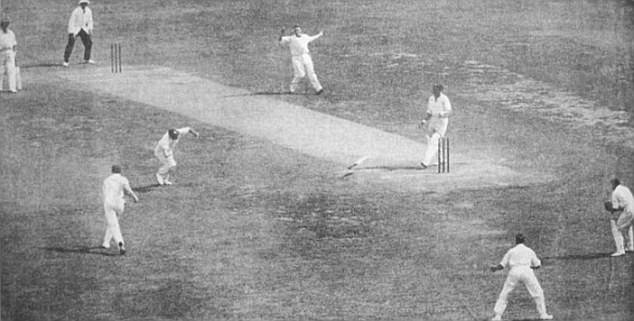 Australia’s inconsistency in their sporting approach to cricket can be traced back to the famous Bodyline series of 1932-33 in Australia, in which England bowled fast balls at the body

The series against South Africa was already quarrelsome, with Australia loudly and consistently claiming moral superiority.

Coach Darren Lehmann had claimed for instance that the spectators’ abuse of vice-captain David Warner – who has now resigned along with Smith – was ‘disgraceful’.

And the team were united in disgust at a remark they said was aimed by South African wicketkeeper Quinton de Kock at Warner. The words used were ‘vile and disgusting and about my wife’, Warner claimed.

Again, this was par for the course – Australian cricketers boasting of their own virtue and innocence while whinging about the low morals of their opponents.

Cricketers have always exchanged words on the pitch, but it took Australia to refine this as a tactic, known as sledging. Former Australian captain Steve Waugh called it the ‘mental disintegration’ of the opposition.

But as soon as South Africa decided to do it in this series, the Australians gave a squeal of horror. It’s all right if we offer vile abuse to our opponents, they were saying, but it’s morally wrong when it happens to us. They don’t see a single inconsistency in that, however unsporting it is.

Talking of a lack of sportsmanship, let’s not forget the moment in 1981 when New Zealand were playing Australia and needed a six off the last ball to draw the match.

Captain Greg Chappell instructed his brother Trevor to bowl the last ball underarm – making it impossible to hit a six. ‘It was an act of cowardice,’ said the then New Zealand prime minister Robert Muldoon, ‘and I consider it appropriate that the Australians were wearing yellow.’

Australia’s inconsistency in their sporting approach to cricket can be traced back to the famous Bodyline series of 1932-33 in Australia, in which England bowled fast balls at the body. It was tactic designed to nullify the greatest batsman in history, Don Bradman. And mostly it worked.

‘There are two teams out there,’ said Australian captain Bill Woodfull to England team manager Pelham Warner. ‘One is trying to play cricket and the other is not.’ 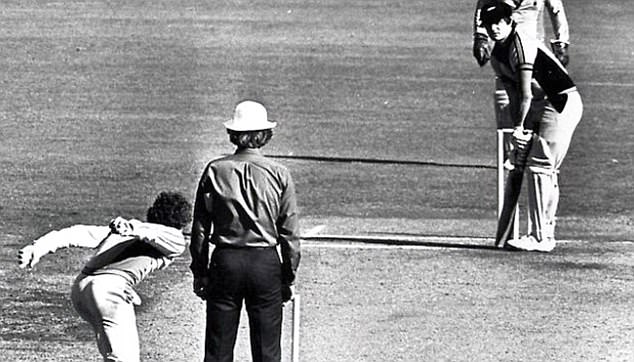 Talking of a lack of sportsmanship, let’s not forget the moment in 1981 when New Zealand were playing Australia and needed a six off the last ball to draw the match. Captain Greg Chappell instructed his brother Trevor to bowl the last ball underarm – making it impossible to hit a six

The Australians sent a telegram to Lord’s demanding that the tactic be stopped at once, and got a pretty stiff response. England won the series 4-1 and Australians are whining about it to this day.

Fast forward to 1974-75, when the England team were beaten all ends up by the tactic of… fast bowling directed at the body. ‘The sound of breaking Pommy skulls is music to my ears,’ said bowler Jeff Thomson. England sent no telegrams.

England have been involved in plenty of cricketing scandals themselves: let’s make that quite clear. I’m not claiming the moral high ground for England: you only have to look at Australia to see what kind of mess that gets you into.

Like many English people, I love Australia, as well as a few carefully selected Australians. But every now and then there comes a moment when our national attitudes to sport divide us, the great Australian sense of humour takes a pasting and sport acquires unnecessary layers of spite.

The answer is for us to hit back. As England great Ian Botham did when he received some hard words from the then Australian prime minister Paul Keating after he had walked out of an event in which the Queen had been mocked. ‘I’m very proud of my heritage,’ Botham responded. ‘And unlike Mr Keating, I do have one.’

Or AS Lord Harris, a 19th-century figure who played a huge role in English cricket, once said of Australia: ‘They are capital winners out here, but I’m afraid that I cannot apply the same adjective to them as losers.’

Perhaps the history of cricket in Australia is about what happens when you take sport too seriously. England’s (and Britain’s) long and frequently unedifying history of war and conquest means that we don’t need sport to define our sense of nationality.

‘As soon as you step over that line, it’s war,’ said Warner before the last series against England.

No, it’s not, digger. It’s a game and a bloody good one when played right. You and your team-mates should keep a sense of proportion… but I suppose it’s too late for that now. 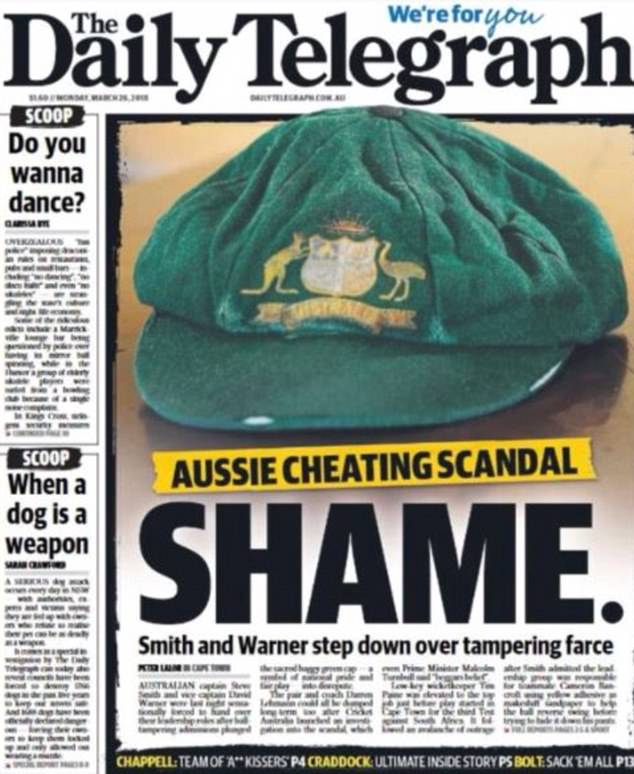