Steady on lads! Australia’s cricket team poses in their new garish yellow kit… but there’s something else that’s got fans talking

The Australian cricket side has unveiled it’s 1980s-style strip for the upcoming ODI series, but it was the team photo that really sent tongues wagging.

Players showed off the retro kit they will wear to kick off the series against India on Saturday as they posed for an official photograph at the Sydney Cricket Ground on Thursday.

Eagle eyed fans were quick to point out young leg spinner Adam Zampa’s inappropriate footwear – and more than one set of wandering hands.

‘Siddle just making sure that Zampa hasn’t got more sandpaper filled in his pockets than him,’ one fan joked, referencing the Australian Test side’s cheating scandal in South Africa.

‘Looks like Zampa’s just arrived after a skate park session,’ another noted of the 26-year-old’s jet black shoes.

The Australian cricket side has unveiled it’s 1980s-style strip for the upcoming ODI series, but it was the team photo that really sent tongues wagging 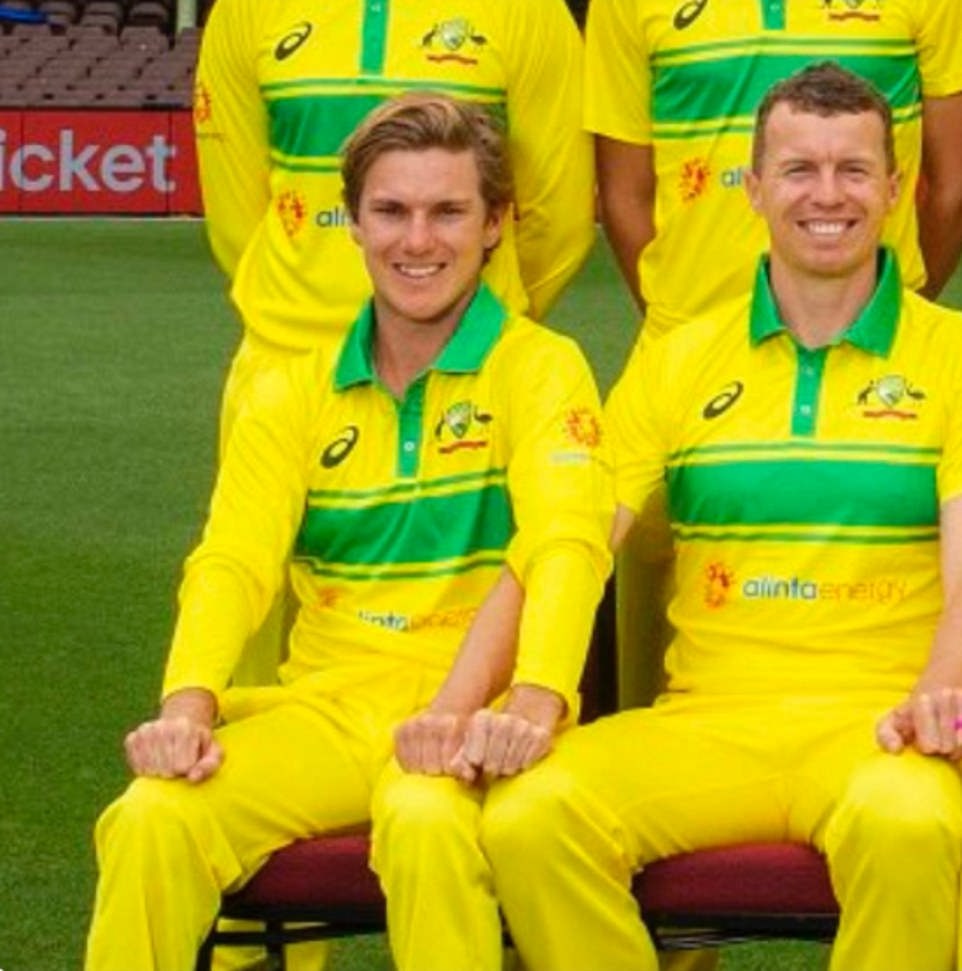 Another said: ‘This picture is everything! Zampa’s shoes, Siddle’s hand, Marsh’s finger!’

Meanwhile, Sidde is poised to face India on Saturday, playing his first ODI since 2010.

The 34-year-old doesn’t boast express pace but has earned a reputation as being Adelaide Strikers’ ice-cold finisher with the ball.

Mitchell Starc, Josh Hazlewood and Pat Cummins loom as automatic selections in Australia’s World Cup squad, as they were throughout the four-Test series against India when Siddle was constantly running drinks. 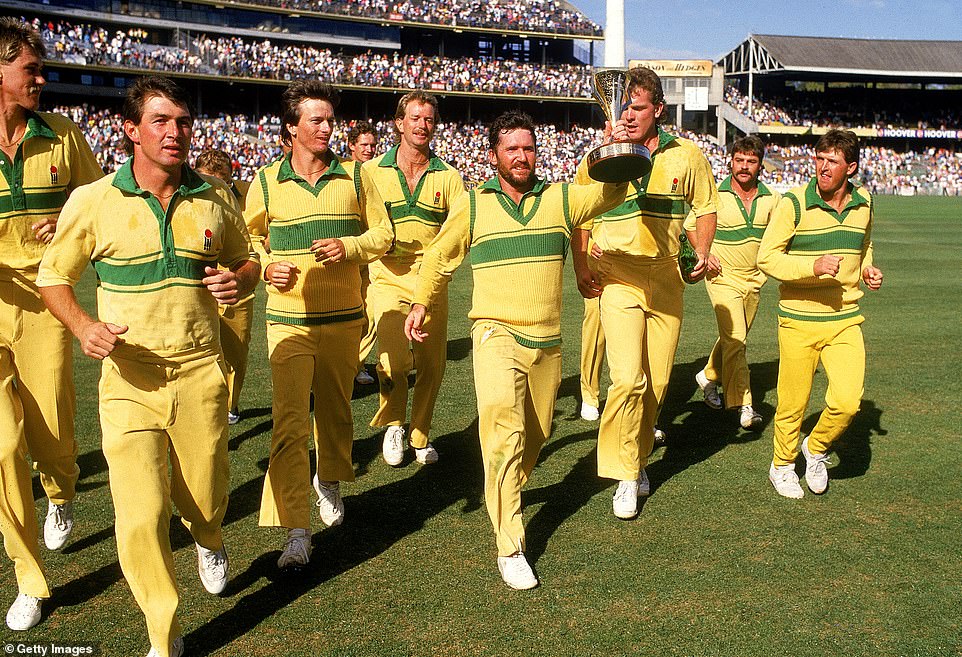 Players showed off the retro kit they will wear to kick off the series against India on Saturday, similar to this worn by Allan Border’s side in the 1980s

But if Siddle can replicate his impressive BBL form while troubling Virat Kohli’s team during the three-match series then he could easily be joining the star trio on the plane to England.

‘With those World Cup spots up for grabs for a lot of people, you definitely see the best come of a lot of blokes,’ the Victorian veteran said.

‘You are playing against one of the best one-day teams in the world.

‘We may not be at full strength, missing a few players we’d probably like to have for the World Cup, but at the same time it’s opportunities.