A massive super storm and damaging winds is set to batter most of Australia’s east coast, bringing fears of flash flooding and traffic chaos.

Millions of Australians were warned to brace themselves for torrential rain and strong winds overnight, as a thunderstorm hit Sydney late on Thursday morning.

A low pressure trough sitting off the NSW coast is hovering over the state and is expected to dump heave rains on the coastal suburbs.

Millions of Australians were warned to brace themselves for torrential rain and strong winds overnight, as a thunderstorm hit Sydney late on Thursday morning 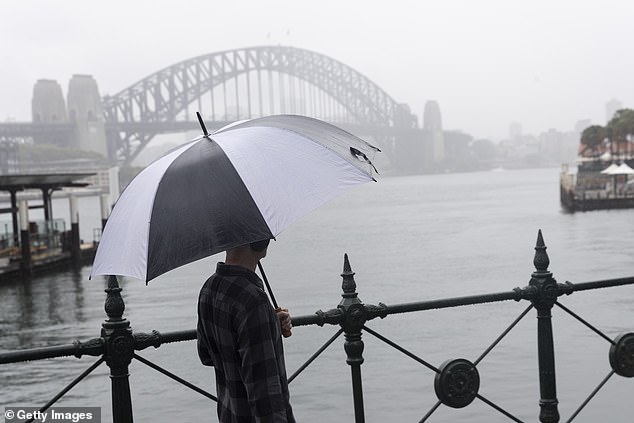 About 20mm of rain is expected to fall in Sydney on Thursday as winds slowly pick up to 20km/h.

Despite the 28C forecast, Sydney is experiencing much cooler temperatures with ‘feels like’ at 21C.

The Bureau of Meteorology warned that Sydneysiders should expect ‘unstable weather’.

Meteorologist Jonathon How said that despite just 3mm of rain falling in the city in the early morning it is expected to increase.

‘We are expecting another 10-20mm possibly higher falls in the Sydney CBD,’ he told Daily Mail Australia.

‘Today is the main storm day as the thunderstorms fire across the ranges and move to the coast.’

Despite the gloomy weather, Sydneysiders can expect a bit of a reprieve in the late afternoon with clouds expected to head up north.

‘The clouds and showers are moving through and we will see some sunshine and heat, but late afternoon. Just waiting for the cloud to clear off,’ Mr How said. 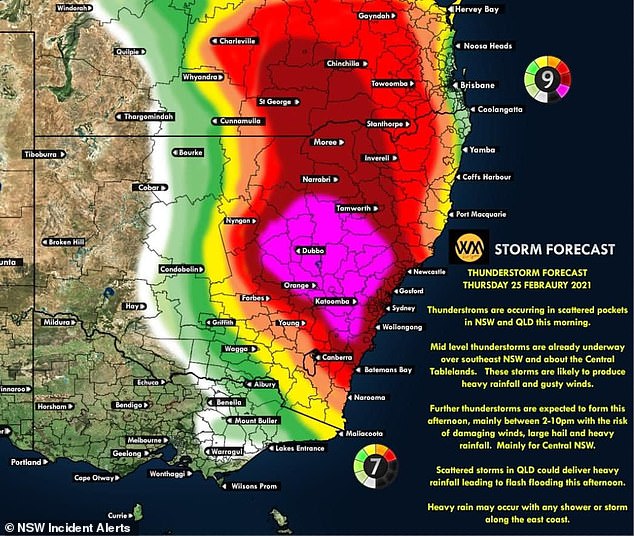 The focal point for the most potent thunderstorms has shifted south into Central NSW where all the ingredients are there for strong to severe thunderstorms today.

In Northern NSW, showers and storms hit in the morning, with locally heavy falls possible leading to flash flooding.

There has already been 100-250mm of rain in Northern Rivers.

There is less rain forecast for Friday as the wet weather moves up to the north-eastern parts of NSW and souther QLD before coming back to Sydney on the weekend. 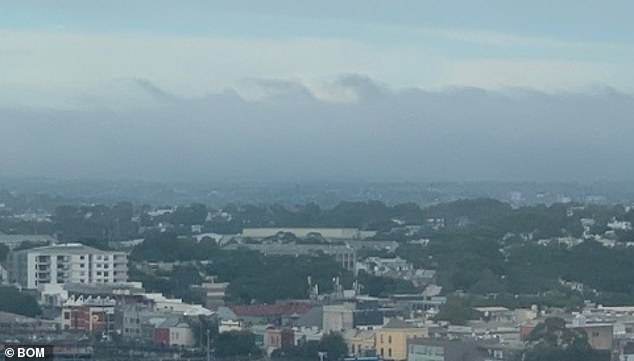 Kelvin-Helmholtz clouds were spotted above Sydney. Resembling cresting waves, they are the result of a vertical shear between two air streams 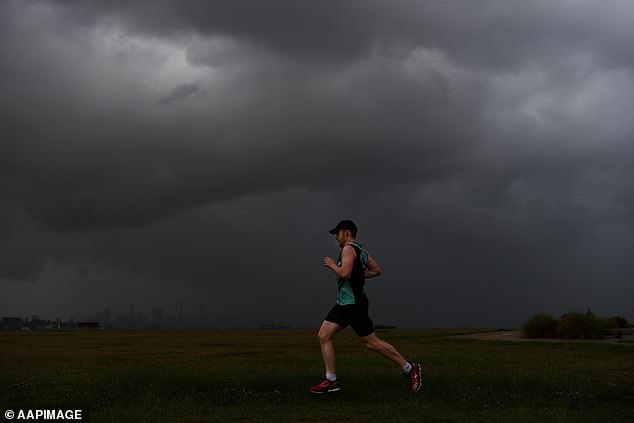 Despite the 28C forecast, Sydney is experiencing much cooler temperatures with ‘feels like’ at 21C (Pictured: jogger at Dudley Page Reserve in Sydney on January 4)

Mr How also revealed that Sydney has already experienced above average falls in February at 119mm with the average sitting at 116mm.

He explained that even though La Nina is coming to an end, there is still a chance of more wet weather in the coming days.

A La Niña occurs when stronger equatorial winds, blowing east to west, cool the Pacific Ocean in the tropical north of Australia.

Australia had one of the wettest two-year periods on record during the last La Niña between 2010 and 2012.

There’s a 60 per cent chance of rain occurring in Brisbane with up to 15mm of rain expected to be dumped.

Thunderstorms are also expected in the late morning as winds pick up to 20km/h during their 29C day. 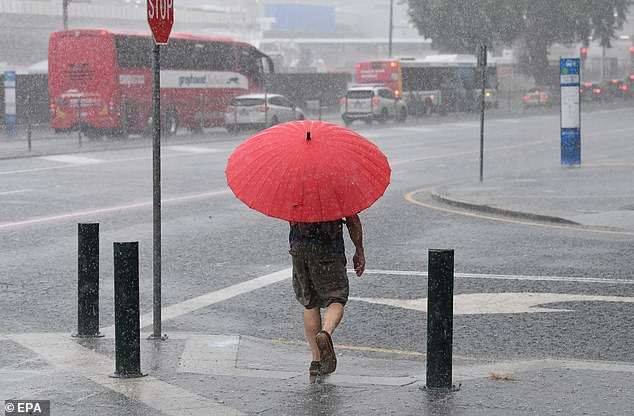 Victoria is experiencing dry weather with chances of rain only sitting at 10 per cent until next Tuesday.

Temperatures are expected to reach a maximum of 29C on Sunday before dropping to lows of 19C.

Thunderstorms however have also hit Canberra but only 4mm of rain is due to fall on the country’s capital.

The mercury will top a sweaty 29C on Saturday before dropping slightly to 23C and chances of rain.

In Tasmania, the rain is beginning to clear and they are in store for a dryer weekend before the wet weather starts again on Monday.

No rain is expected in South Australia, as temperatures soar to a sweltering 31C and sunny weather.

Hot temperatures are in store for the week ahead in Western Australia with the mercury to top 32C.

The Northern Territory is will have a few days of possible storm and rain before clearing.

FIVE DAY WEATHER IN YOUR CITY