Jordan Warner didn’t get into carpentry for the ‘incredibly good’ money – that was just a bonus.

The opportunity to work outside – using his hands in a physical job – is what brought the 26-year-old to the construction industry.

And he hasn’t looked back since.

More than one million Australians are qualified in a trade, and although the work is synonymous with many stereotypes, opulence isn’t typically one of them.

Carpenter Jordan Warner, 26, says the money he earns is ‘incredibly good’ and allows for a perfect work-life balance for he and his partner Emily, 26 (pictured) 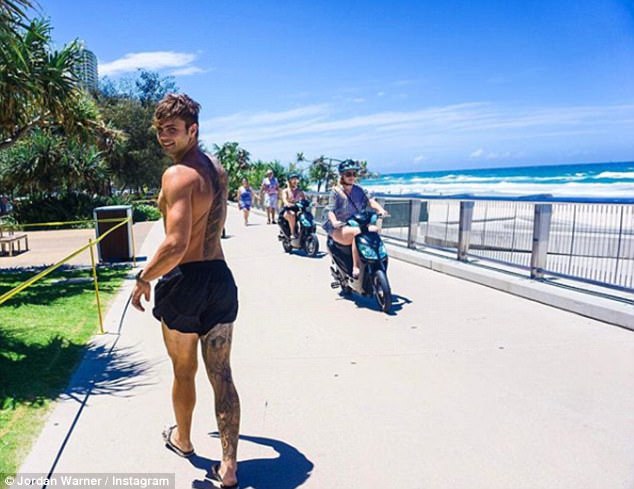 ‘I always leave at least one day a week to set aside and do something and allow me to get my mind off everything, I get to spend a lot of time up the coast,’ says Jordan

But with a recent survey showing tradespeople are earning upwards of $90 per hour, many in the industry are starting to show that they play just as hard as they work.

The results come from over 50,000 job quotes from across the country and marks Victorian plumbers as Australia’s highest paid tradies, earning over $91 an hour.

For Jordan, who works in Logan, Queensland, he says there is great demand for his work due to the state’s high number of timber homes.

‘Up in Queensland, in the type of carpentry I do the work really is endless and the money is incredibly good, and it’s even better in commercial jobs,’ he told Daily Mail Australia.

His financial freedom allowed Jordan to step onto the property ladder aged 25.

Last year he bought land in the coastal Brisbane suburb of Thorneside and is building a double-storey home which on completion will be worth $700,000. 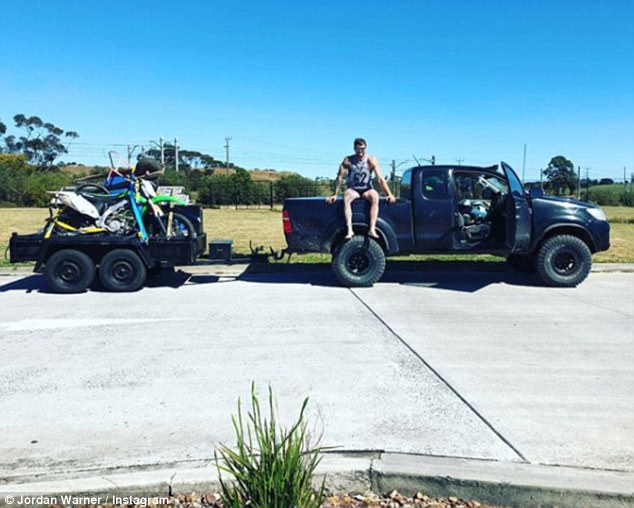 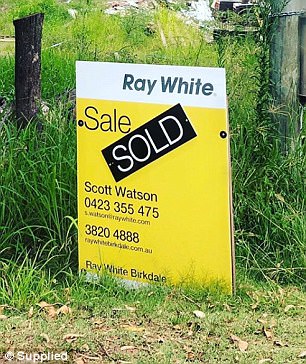 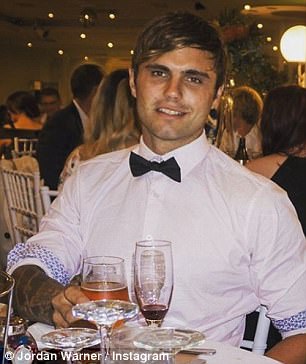 Jordan was 25 when he bought  land in the beachside Brisbane story of Thorneside and says the double-storey home will be worth $700,000 on completion 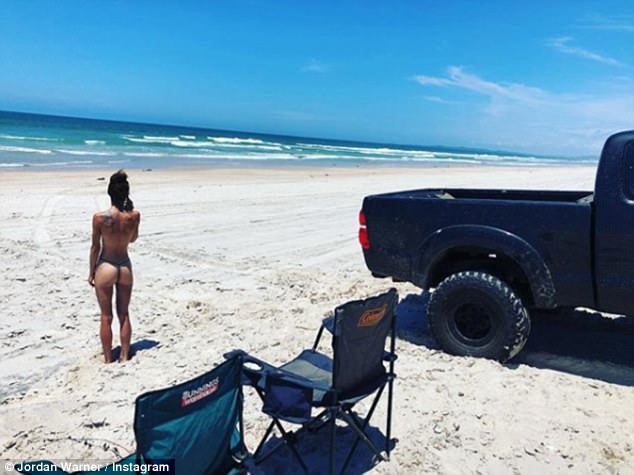 Jordan has owned a series of exercise businesses in the past but says it came with additional administrative responsibilities that he no longer experiences as a working carpenter.

‘Compared to working in an office like I used to, being a tradie is more balanced. The money’s better and it allows for real versatility.’ he said.

‘During the week is my working time and I’ll do my days work, but the job allows me at least one day a week to set aside and do something where I can get my mind off everything and spend a lot of time up the coast. 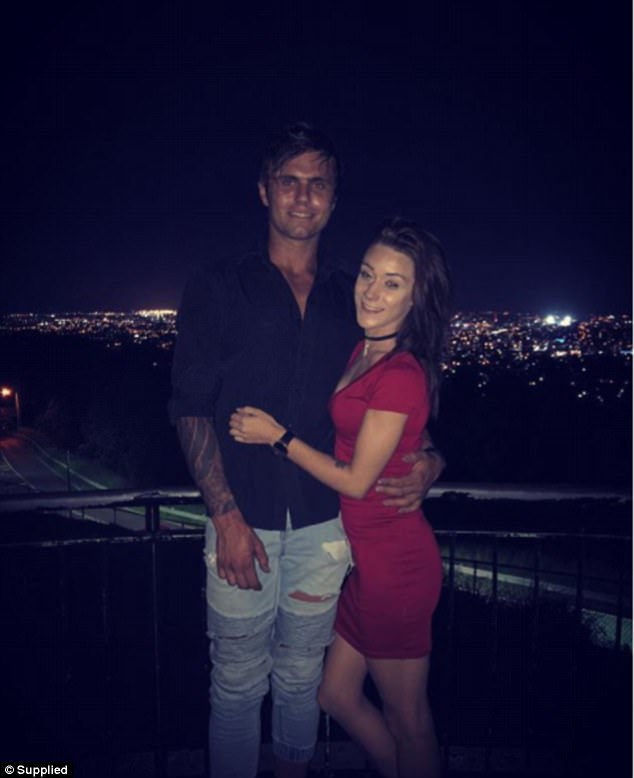 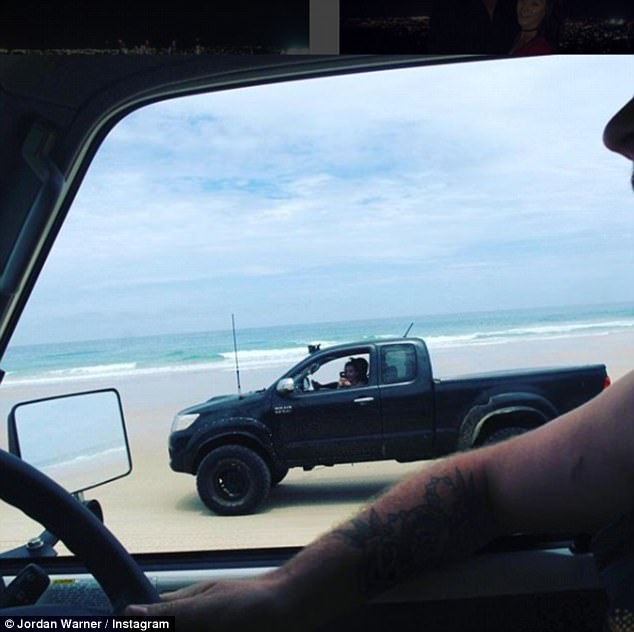 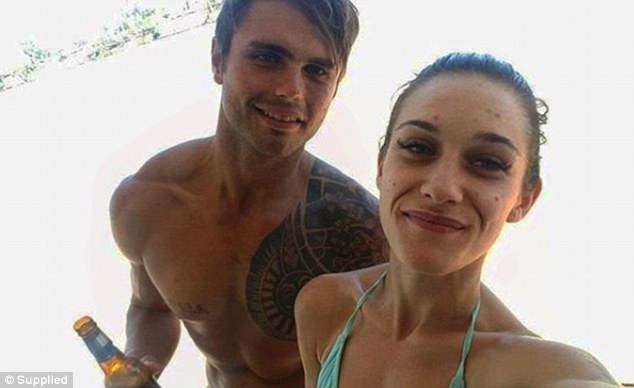 Emily, also 26, works in the industry too, but in a sales-based role

‘I try to get to Noosa or Ballina almost every weekend, I have a four-wheel drive so we get to do that too, as well as going to the beach.’

The not so secret lives of Australia’s tradies are evident in #TRADIELIFE – the hashtag showcasing the million dollar building sites, luxury homes and off-the-clock activities many of Australia’s plumbers, electricians and carpenters get up to.

But for Jonathan Lipshut, owner of high-end Melbourne based building firm 360 Constructions, there are benefits of a different kind. 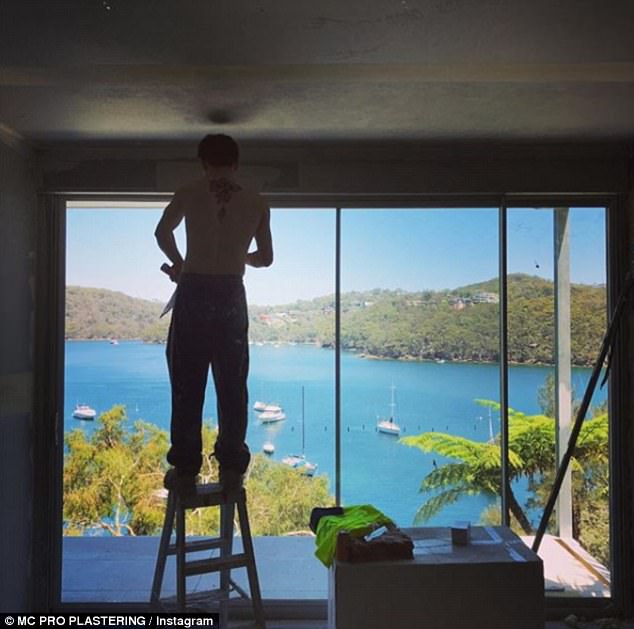 How’s the view from your office? Sydney based MC PRO Plastering often use the hashtag #tradielife to showcase their opulent work spaces

‘The best part is definitely mixing with some incredibly inspiring and high net-worth individuals as clients and then at the same time dealing with all sorts of common people in the trades,’ he told Daily Mail Australia.

‘I get to wear two very different types of hats and work on some incredible projects.’

A qualified builder, Jonathan comes from a construction management background and says the job creates a certain lifestyle no matter what rung of the industry you’re on.

‘Owning your own business means you’re constantly marketing and working, even when you’re on downtime. I’m not necessarily getting the big hourly rates and buying fast cars or anything like that.

‘And of course there’s no substitute for quality, reliability or reputation in this industry and we have to constantly aim to achieve this. In the end it’s all about our craftsmanship.’ 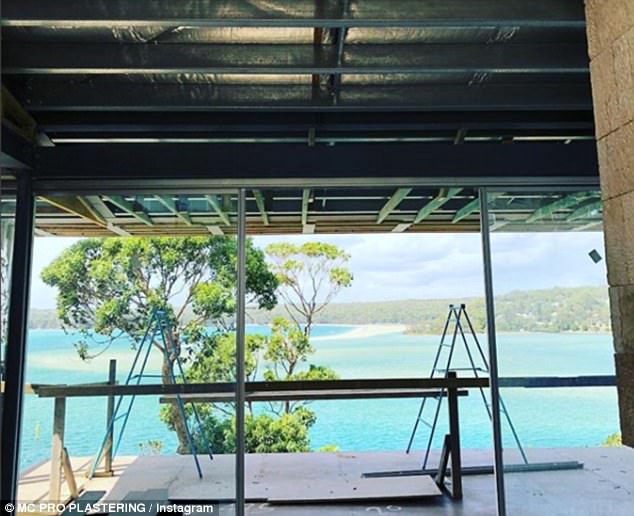 A recent survey from job quote website serviceseeking.com.au revealed that the highest paid Australian tradies are earning up to $91 an hour