Australia’s Growing Water Problems and the Advances in RO Desalination

As a result of global warming, and an increase in population, water demands are getting tougher to fulfil. As such, many countries all over the globe are on the brink of a water crisis, Australia included. As the population in Australia grows, more water supply challenges are expected, and the only way to counterattack this is by understanding the situation at hand. This is by understanding where the water comes from and where it goes.

Australia has an arid climate. Its aridity is caused by the interplay of several factors. First, are the cold ocean currents that come from the west coast. These cold currents barely cause any evaporation, therefore barely form rain-bearing clouds. Second is the great dividing range on the east that inhabits any evaporated vapour from travelling far inland.

Though there are a few mountains that could force warm air upwards and lead to convectional rainfall, the presence of the subtropical high-pressure belt inhibits this by warming and drying up the air. This rids the air of any potential vapour to be condensed, thereby eliminating any chances of rain formation.

As if that’s not enough, the continent is also subject to the infamous El Niño–Southern Oscillation. This refers to the back and forth cooling and heating of the Pacific Ocean which results in prolonged periods of high temperatures and drought.

It is not all-natural, however. Human activity has also contributed immensely to the devastating situation. As urbanisation progresses, deforestation has resulted in poor infiltration of water into the earth. The overall result of this has been flooding during heavy rainfall, as well as increased soil salinity.

This is a catastrophic effect, to say the least since as the water moves through the saline soils, it turns brackish. Brackish water has the potential to damage millions of hectares of arable land, which threatens the fabric of human and plant survival.

Desertification has also been directly attributed to overgrazing of cattle and sheep. Vegetation loss, in turn, leads to the loss of usable water. In a capitalist economy, the tragedy of the commons is inevitable. Without regulations, more people continued drawing from the rivers till all that was left was disputes, salination and siltation. Boreholes and other groundwater sources were not spared either. 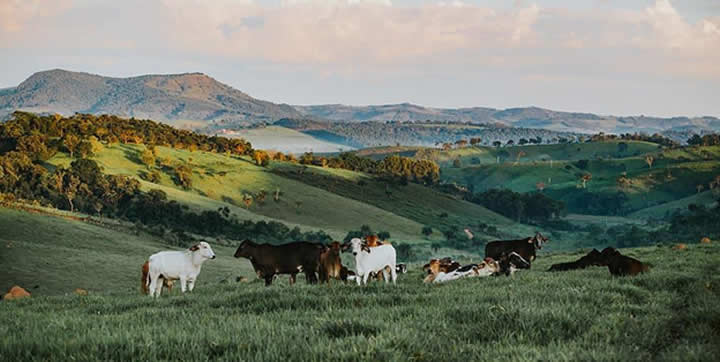 It’s only until recently that regulations were made, after the realization that consumption outweighed natural replenishment b a huge margin, especially in such arid zones. To manage the citation, wastewater is now being treated and reused to refill these underground aquifers. While such restorative schemes pave the way for a better future, residents of  Australia are realizing that the state of matters is dire.

On average, per capita, water consumption in Australia averages 100,000 litres per person, making Australia one of the thirstiest countries in the world. Statistics indicate the population is expected to rise by 40% in the next 30 or so years which crystallizes the matter at hand. Sydney, for example, since 1990 cut the daily water consumption per person by 210 litres to help preserve water reserves for future generations.

Through integrated infrastructure like desalination plants and wastewater treatment plants, the populations along the coastline, which accounts for more than 85% of the total population, can be supplied water. The interior, however, poses a huge problem, since the majority rely on the dwindling underground resources and rainwater. This leaves few options available, one being long-distance pipelines to sustain interior towns. Farming also has to be revolutionised whereby efficient irrigation schemes have to be adopted to minimize water consumption which currently stands at 70%.

Business analysts at Max Funding say, “currently, freshwater supply is sufficient to satisfy the needs of the population against the rainfall unreliability, difficulties of supplying fast-growing cities, the uncertainty of climate change and the remote isolated communities. The question of water supply in the next 10 or so years, however, remains dreadful—people need to adopt a different mechanism for the water to be sustainable.”

Desalination membranes show a promising future. Some of these include:

Use of Channel-Based Membranes

Solution-Diffusion RO Membranes use a solution-diffusion principle to separate solutes from water. First, the components of the solution dissolve into the membrane matrix and then are diffused briefly through the pores. Biological Channel-Based Membranes, on the other hand, sort the solutes from the water and transport them using protein channels, which is more efficient. Artificial water channels made synthetically using organic synthesis have also proved to be a more scalable option.

Since desalinisation is an energy-intensive process, many have previously considered it incompatible with renewable energy, which yields low amounts of energy. With the rapid developments in RO membranes and systems, comes a substantial decrease in energy consumption which accommodates the use of wind and solar energy, allowing small plants/ “off-the-grid” applications.