Australia’s happiest and safest suburbs are revealed – so how does your local area rate?

The happiest and safest suburbs across Australia have been named.

Landmark research conducted by Queensland’s Bond University scored nine crucial living factors on a scale of one to 10 to highlight which suburbs have the best good quality of life.

New South Wales’ suburb of Ku-Ring-Gai (pictured) was named the happiest area in Australia, scoring an 8.4 out of ten in Bond University’s landmark ‘Happiness Project’

While residents of the New South Wales local government area of Ku-Ring-Gai have to fork out a fortune to live there – with the median price of a home topping $1.1million – they’re officially the happiest in the country.

Ku-Ring-Gai performed scored nearly perfect in majority of the categories, scoring a ten out of ten for safety, accessibility and wealth.

The area was brought down a notch by the affordability component, scoring barely more than a four.

Other areas that scored well are Kiama, Mosman, North Sydney, Upper Lachlan Shire and Willoughby, while the regional areas lacked behind.

Victoria was highlighted by suburbs in affluent areas like Brighton and Torquay, while the Greater Dandenong area, in the city’s east, performed poorly.

Adelaide Hills scored more than an eight out of 10 on the scale, while suburbs in the city’s immediate north struggled, including Blakeview and One Tree Hill. 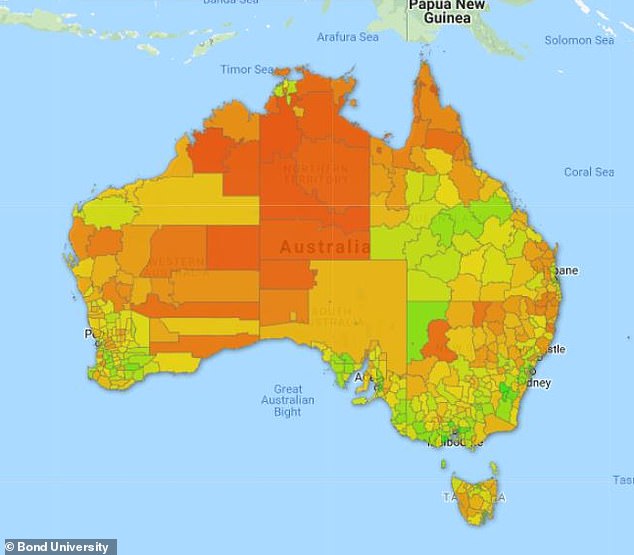 The happiest suburbs in Australia have been revealed, with this map indicating each area’s score. Suburbs in green scored highly, while those in red are lagging behind 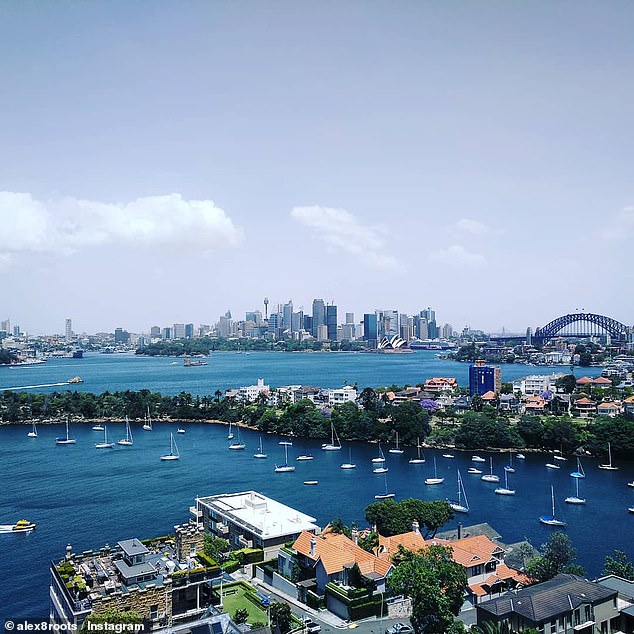 The bayside district of Mosman (pictured) is not far behind Ku-Ring-Gai, scoring an 8.3

The Western Australian district of Joonalup was one of the few highlights in the state, bolstered by a near-perfect employment rating.

However, Wanneroo, one township to the north, dropped almost two full points in employment rates.

Brisbane’s inner-city scored the best in Queensland, with a poor housing score counteracted by a good work-life balance.