A young mum-of-three has revealed how she finally found a new rental property for her family after making a small change in the way she searched through listings.

Sharna-Daisy Chaffey, her partner and three kids, from North Brisbane, moved out of their home in February due to floods and into a temporary property for a short-term lease.

‘Our plan was to move back into our old house when it was ready, but a few months ago it was far from being finished. So I told the real estate we would like to extend the lease for the temporary house,’ Sharna, 24, told FEMAIL.

‘Unfortunately 20 minutes later I received notice that we needed to move out because the owner wanted to sell the property.’

What followed was a desperate two-month search for a new place to call home.

‘It was honestly nuts, there were always around 20-25 families at the viewings. After one viewing I counted 35 cars on the street,’ Sharna said.

Sharna-Daisy Chaffey (pictured) , her partner and three kids were forced to move out of their rental after the short-term lease ended because the landlord wanted to sell 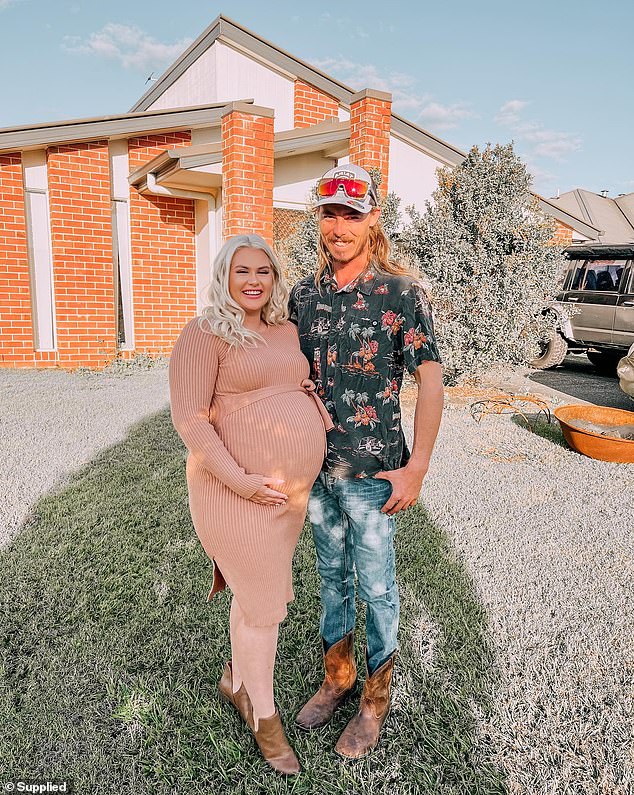 Sharna told FEMAIL the property market was ‘nuts’ and between 20 to 35 families would attend viewings. Sharna had to do most of the searching by herself because her partner (right) is a FIFO worker

Two weeks into her search, Sharna noticed her current residence had been put on the market with an increased rent of $50 per week, bringing it to $460 – which she admitted felt like a slap in the face.

‘It’s so frustrating because we would’ve stayed and paid the increased amount if they had asked; we had no other choice but to move,’ she said.

‘I blatantly told the real estate agency I saw the ad online and they danced around the question as to why it was the case.’

From there, Sharna applied for as many suitable homes as possible and had a budget of $500 to $650 per week. 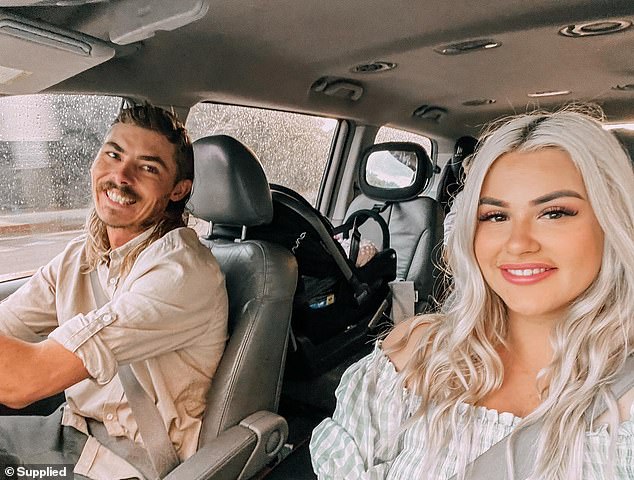 ‘We weren’t too picky on the suburb and were looking for a three or four bedroom house,’ Sharna said, adding: ‘But it was beyond difficult and stressful’. She would attend one to two inspections a day and would sometimes need to pick up the kids early from school to go view houses

‘We weren’t too picky on the suburb and were looking for a three or four bedroom house,’ she said, adding: ‘But it was beyond difficult and stressful.’

Sharna had to do most of the searching because her partner is a FIFO worker.

She would attend one to two inspections a day and would sometimes need to pick up her children early from school to go view houses.

‘It felt very daunting because the competition is right in front of you – and real estate agents never tell you why you weren’t chosen for a property, it’s always just the same generic copy-paste email,’ she said.

Sharna’s three children are aged 6, 5 and 12 weeks – had to attend the viewings with her because she has no family nearby to babysit.

Ideally she was looking in surrounding areas so her family’s routine wasn’t disrupted too much, which would affect her son who has ADHD.

After submitting a staggering 62 applications, the family was finally accepted for a rental three weeks ago.

Sharna said she ‘lucked out’ in finding the house after changing strategies when searching for listings.

Instead of viewing the newest property to hit the market online, she changed her search to view from the oldest listing available.

‘I saw a house that had been on the market for some time because it was a bit more expensive. I was cautious about whether there was anything “wrong” with it but it seemed ideal for us, despite the price,’ she said.

How to negotiate for cheaper rent

1. Do your research on rental prices in the area

3. Be prepared with exactly what you’re going to ask for

4. Put your request in writing, detailing how much you’re willing to pay

The family is now paying $650 for the four-bedroom house and her kids are getting settled into their new routine.

Because the property is further away from school, Sharna is considering moving her children to a different school.

‘Now we live further away, the kids need to wake up earlier in the morning, we’ll be paying more in petrol – we really need to consider everything now that we’re paying more in rent,’ she said. 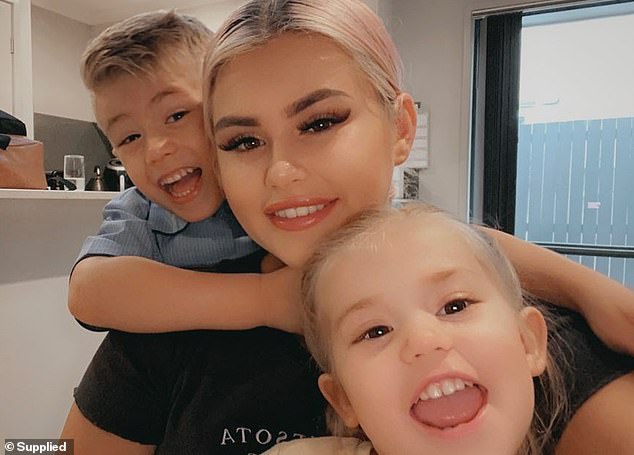 After submitting a staggering 62 applications, the family was finally accepted for a rental three weeks ago. During the entire ordeal Sharna said she had ‘no time’ to dwell on the situation and needed to act swiftly

During the entire ordeal Sharna said she had ‘no time’ to dwell on the situation and needed to act swiftly.

‘As a parent you don’t have time to think ‘poor me’, you need to do what’s best for your family. I just needed to keep going,’ she said.

Sharna said she hopes the current rental crisis doesn’t continue to worsen because families can’t afford to pick up and move every single time.

A likely huge contributor to the current state of the rental crisis is the fact that some applicants are willing to offer double the amount of rent to get ahead, which Sharna said ‘shouldn’t be allowed’.

How much has rent risen over the past year?

Real estate expert and author of ‘Buy Now’ Lloyd Edge, from Sydney, said the current rental crisis is due to a supply and demand issue.

‘With interest rates having gone up in recent months, it’s become harder for people to buy properties – and so first home buyers are therefore likely having to rent rather than buy right now, pushing up the demand,’ Mr Edge previously told FEMAIL.

‘The rental market is incredibly tight at the moment and we’re seeing this happen all across the country – even in regional areas, not just capital cities.’

In Sydney, some tenants have seen their rent increase in price by as much as $220 per week, while in other states some rentals have increased by $50. 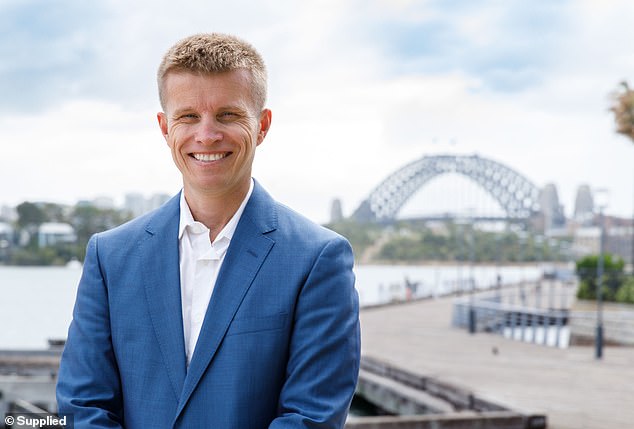 Real estate agent Lloyd Edge, from Sydney, (pictured) said the current rental crisis is due to a supply and demand issue, whereby there aren’t enough houses to meet the amount of tenants needing homes

In Australia there’s no legislation that defines or limits how much rent can increase by – for instance, landlords can raise weekly rental by as much as 20 or 30 per cent ‘without breaking any rules’.

When searching for a property to rent, Mr Edge’s recommends tenants ensure they have a ‘clean’ record, present themselves well and get applications in early.

‘It also might be worthwhile getting in touch with agents directly to let them know what you’re looking for so they can contact you directly if something becomes available,’ he said.

Negotiating for a better price is also recommended.