Lee, 27, and Rio Olympic champion Sharon van Rouwendaal sprinted to the timing wall together, with the Dutch defending champion just pipping the Australian for the silver medal by 0.8 seconds at Tokyo’s Odaiba Marine Park. 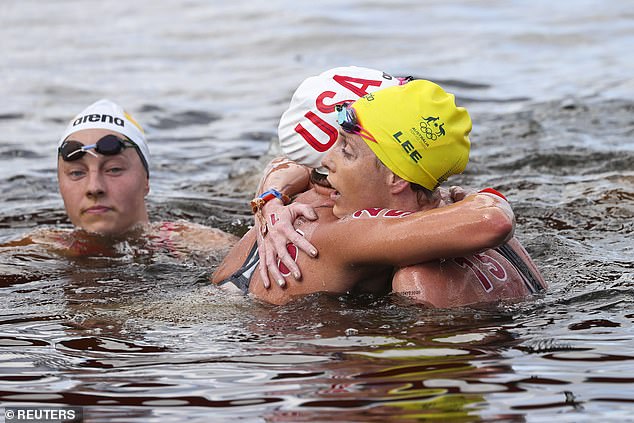 Swimmers had to start the gruelling 10-kilometre open water race early on Wednesday morning due to the water temperatures already reaching a scorching 29C – just below the 31C limit allowed for the race to go ahead.

Competitors woke up at 3am to prepare for the event which kicked off at 6.30am.

Lee had been in 10th position with just 2km to go before she made her move on the final lap along with Cunha and van Rouwendaal.

Lee was immediately on the phone after the race to her coach John ‘JR’ Rodgers, with the 82-year-old legendary swim coach, unable to travel to Tokyo due to poor health.

‘He’s so stoked. He watched the whole thing on TV. I have such amazing community around me in Noosa, where I live. It’s incredible,’ she told Channel 7

‘It’s just amazing. My first Olympics. Coming away with a medal, I’m so stoked, it’s unbelievable.

‘It hurt so, so bad but you have to think everyone around you is hurting too and it’s who can hurt the most, and coming out third today is incredible for me.’

Cunha won her first medal in her third Olympics. She was 10th five years ago in Rio de Janeiro and fifth in the 2008 Beijing Games. 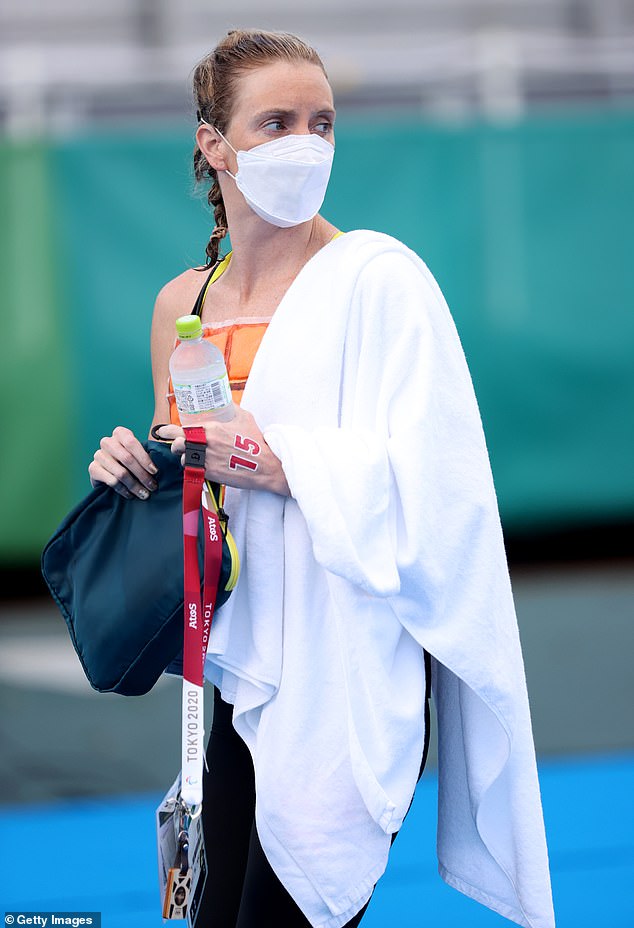 Competitors woke up at 3am to prepare for the event which kicked off at 6.30am because the water temperatures were already at a scorching 29C