Dressed to impress! Jacqui Lambie steals the show in a gold metallic dress as Australia’s leaders gather for the Midwinter Ball – and some guests put on a VERY eye-catching display

Australia’s politicians have let their hair down for the annual press gallery Midwinter Charity Ball at Parliament House.

Prime Minister Scott Morrison and wife Jenny smiled for the cameras as they arrived for the nation’s capital biggest social event of the year on Wednesday.

The beaming couple donned red and pink leis as they entered the function, alongside a host of the nation’s leaders. 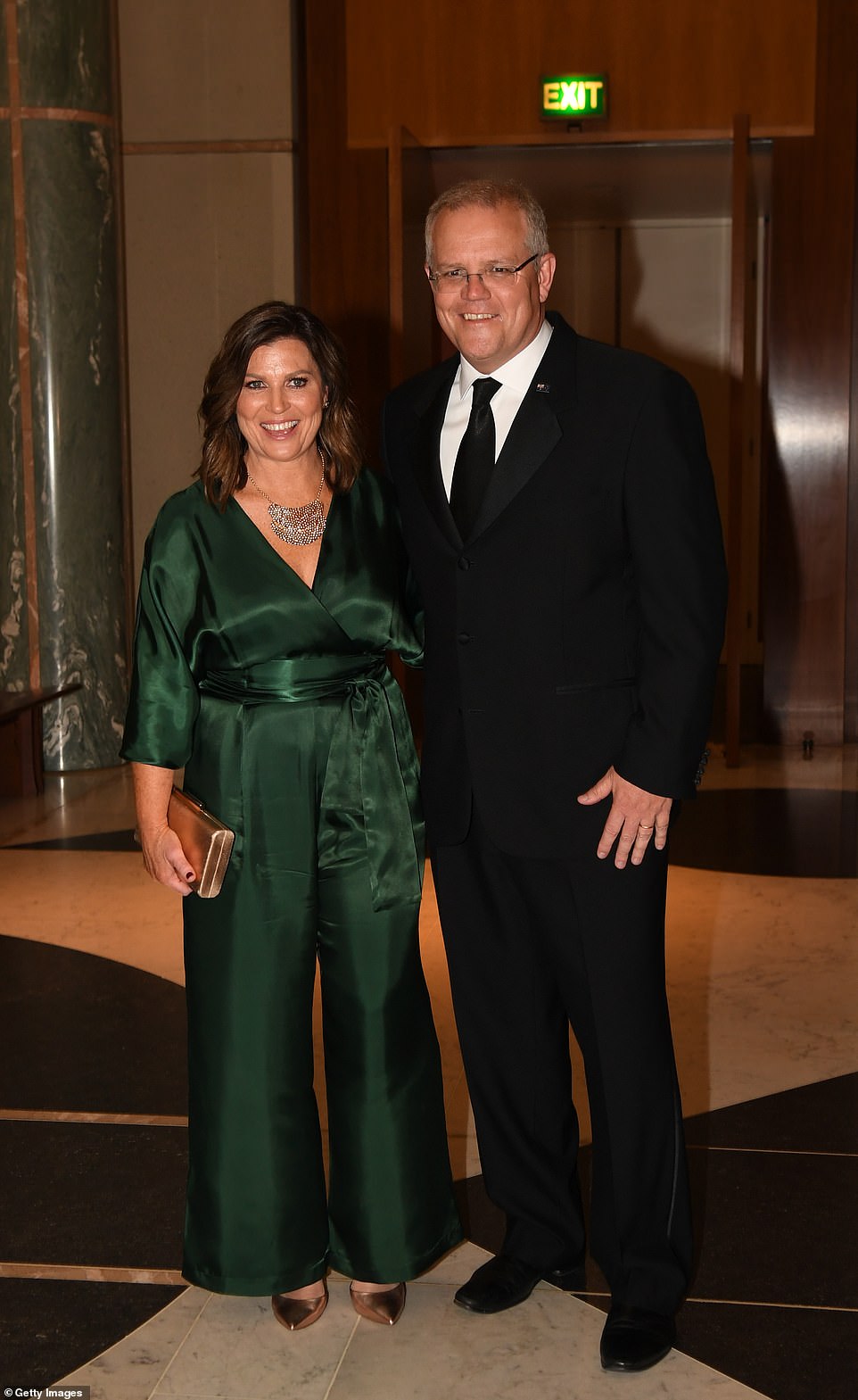 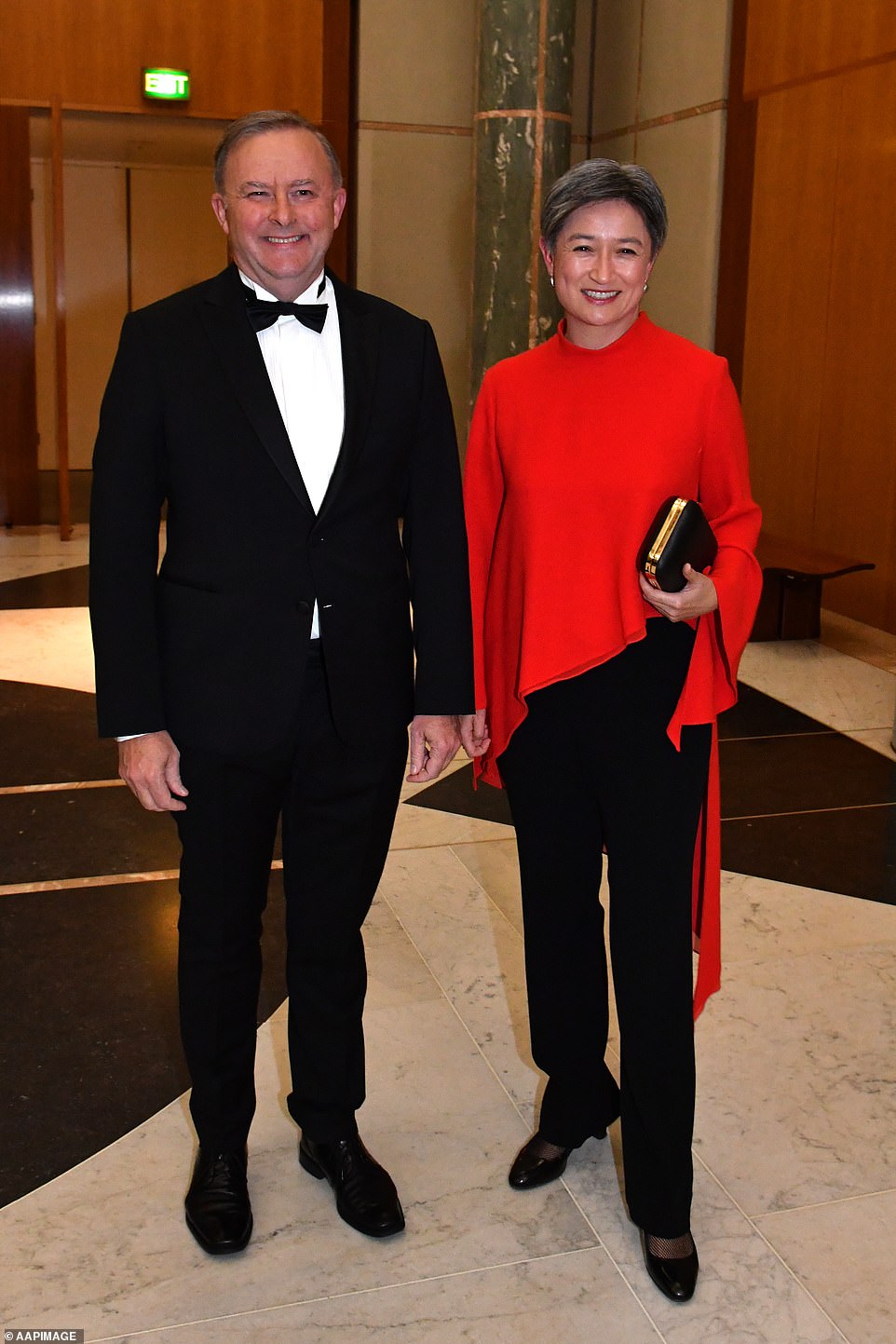 Opposition Leader Anthony Albanese dressed up for the occasion with a bow tie, as he posed for pictures with Shadow Minister for Foreign Affairs Penny Wong 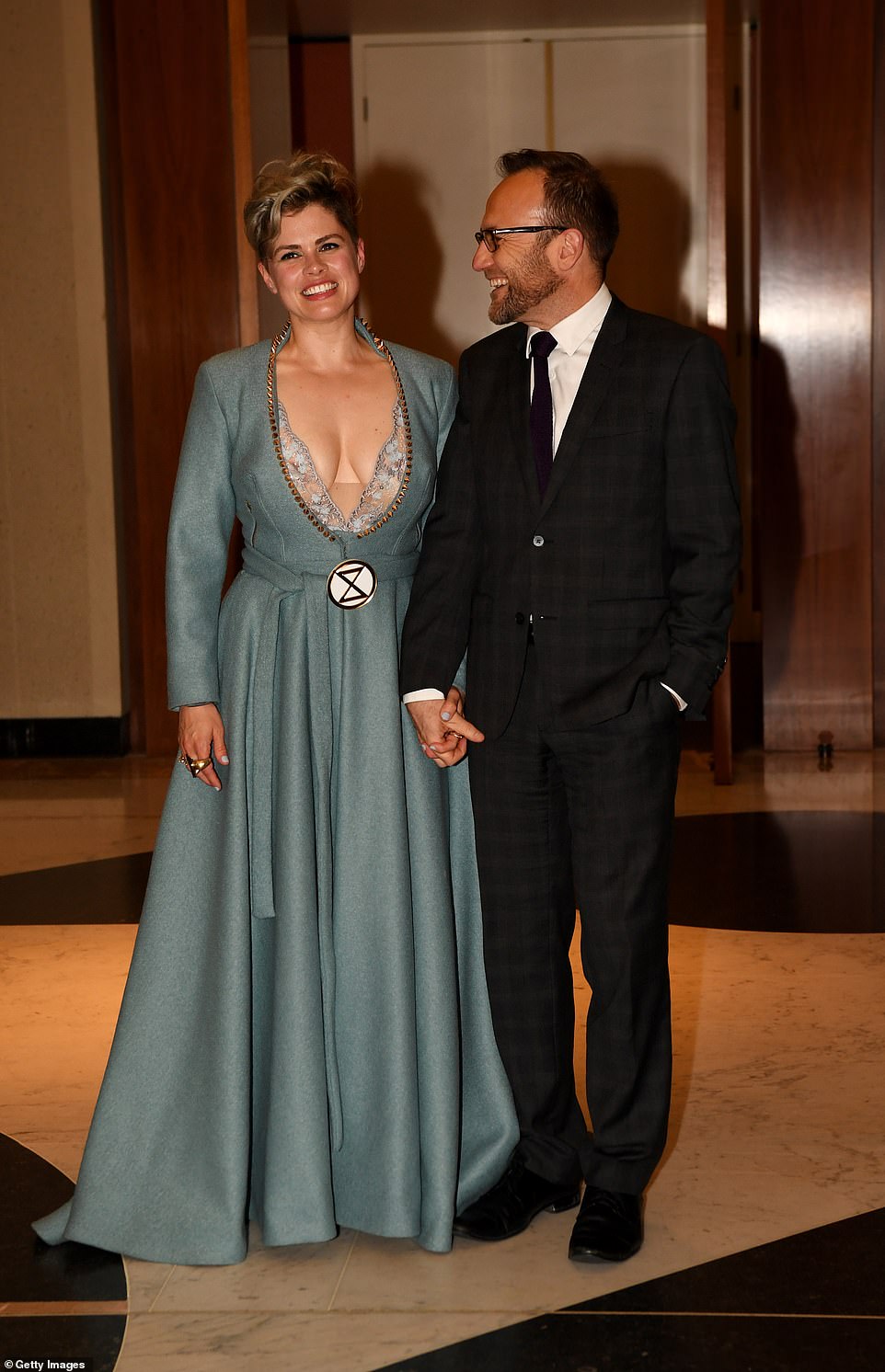 Senator Jacqui Lambie stole the show in a gold and white dress with sequences and a sheer tail.

The outspoken Tasmanian presented the eye-catching outfit as she posed from the top of the stairs ahead of the event.

Ms Perkins rocked a blue gown with lace trimming around her plunging neckline.

Politicians, journalists and executives were invited to the home of governance for the annual charity ball, where they will mingle to the live tunes of Daryl Braithwaite.

Opposition Leader Anthony Albanese dressed in a bow tie for the occasion, as he posed for pictures with Shadow Minister for Foreign Affairs Penny Wong.

Ms Wong looked smart in a pant and top combo, choosing bright red for the latter. 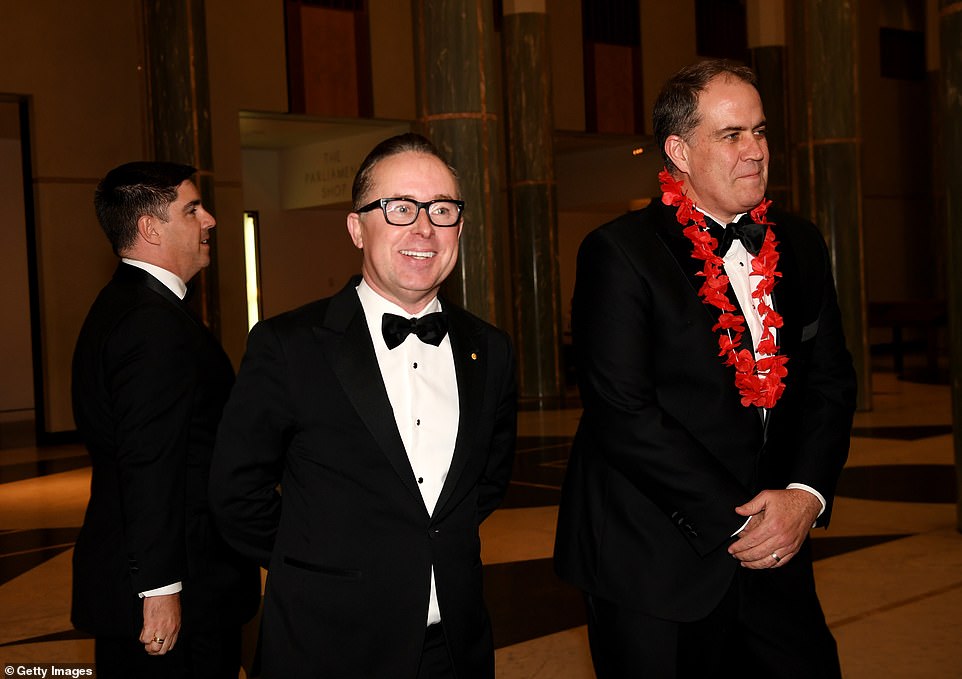 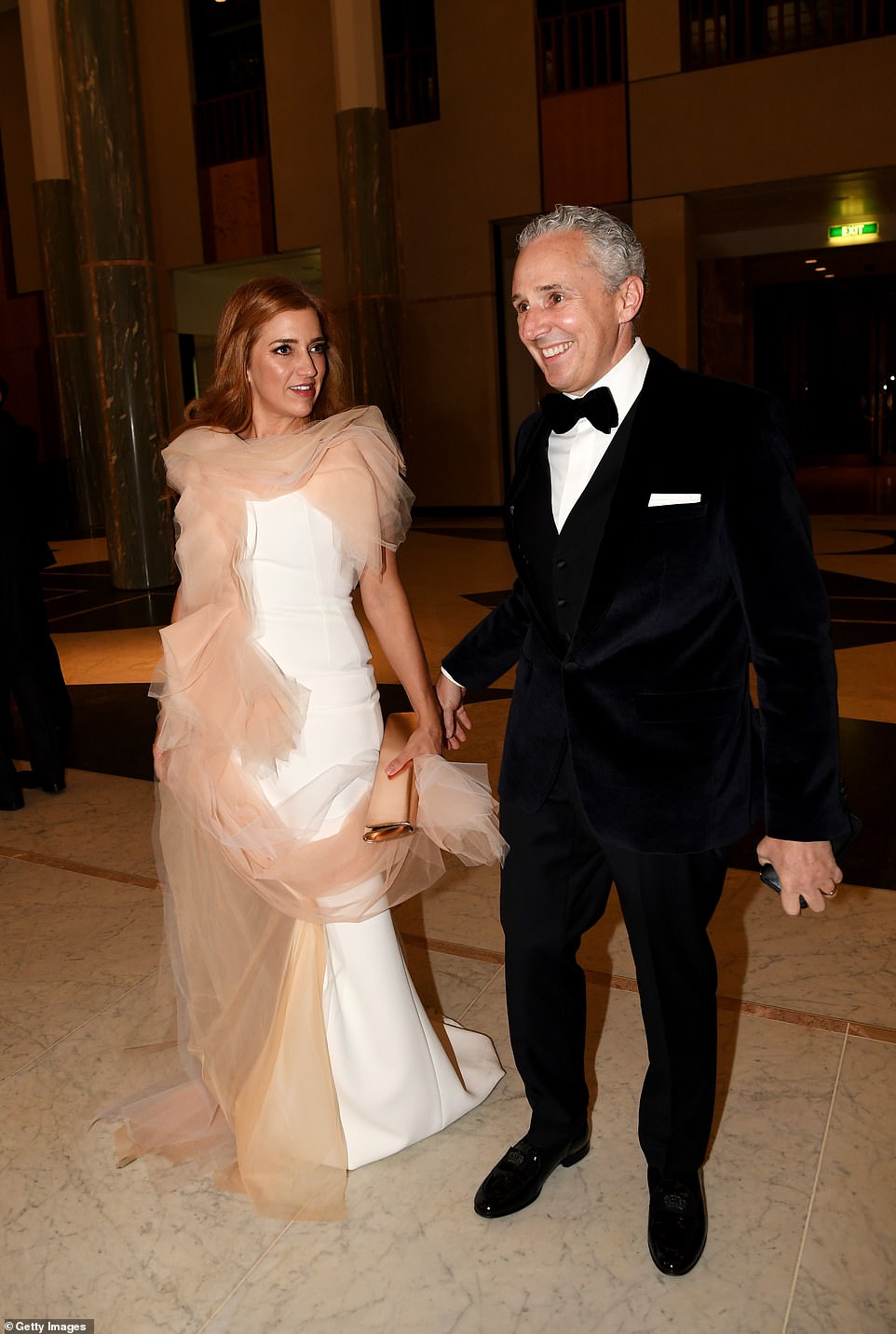 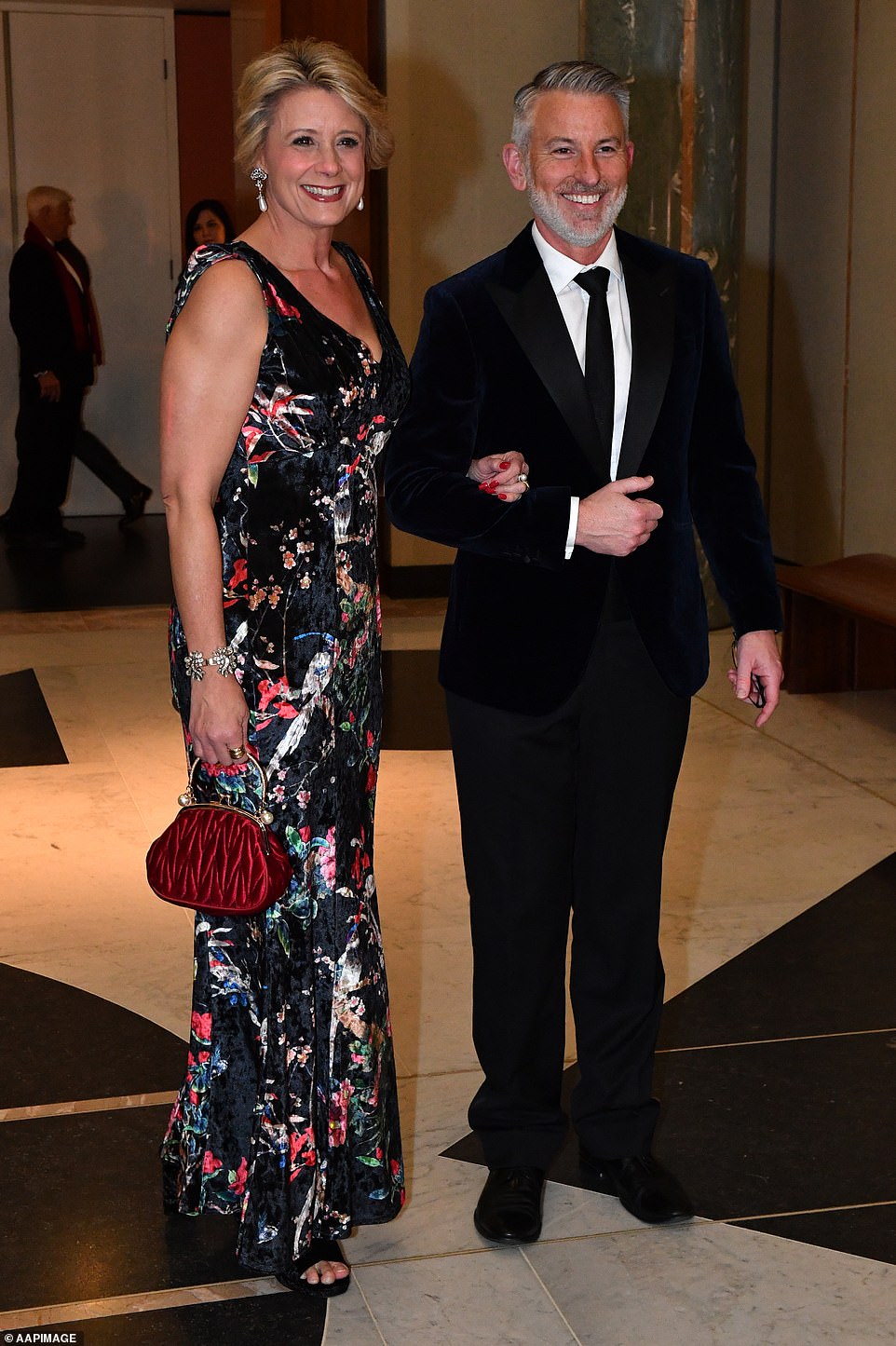 The lone bidder had no competition for a hit with the deputy Liberal leader and tennis head, as part of the annual federal press gallery Midwinter Ball charity auction.

The most popular online charity auction was a beer with Prime Minister Scott Morrison, with three bidders seeking the chance to visit either The Lodge in Canberra or Sydney’s Kirribilli House.

The winning punter paid $10,200 to share a brew with Mr Morrison along with three of their friends. 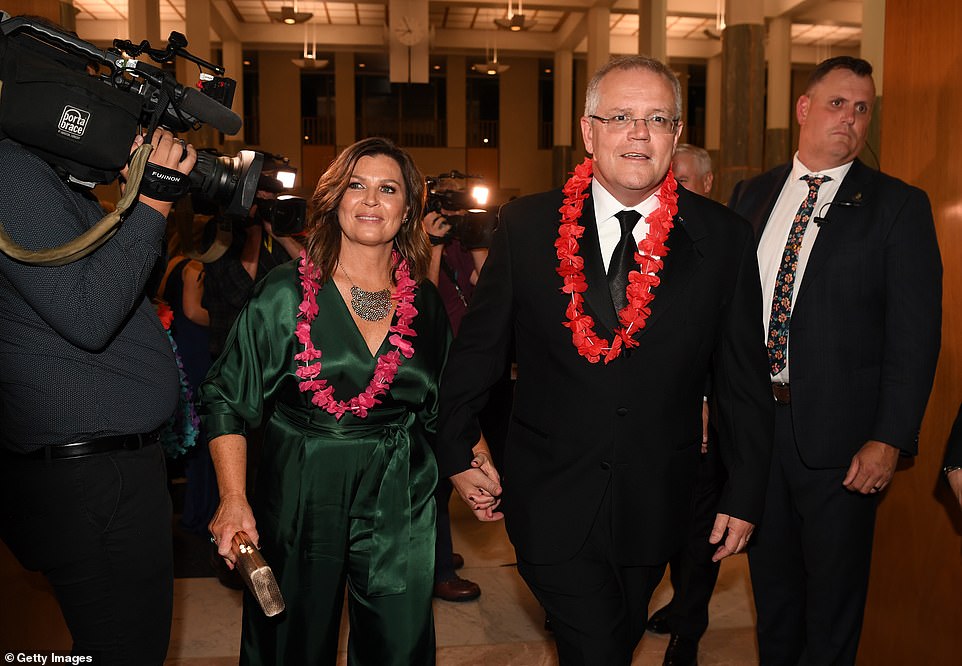 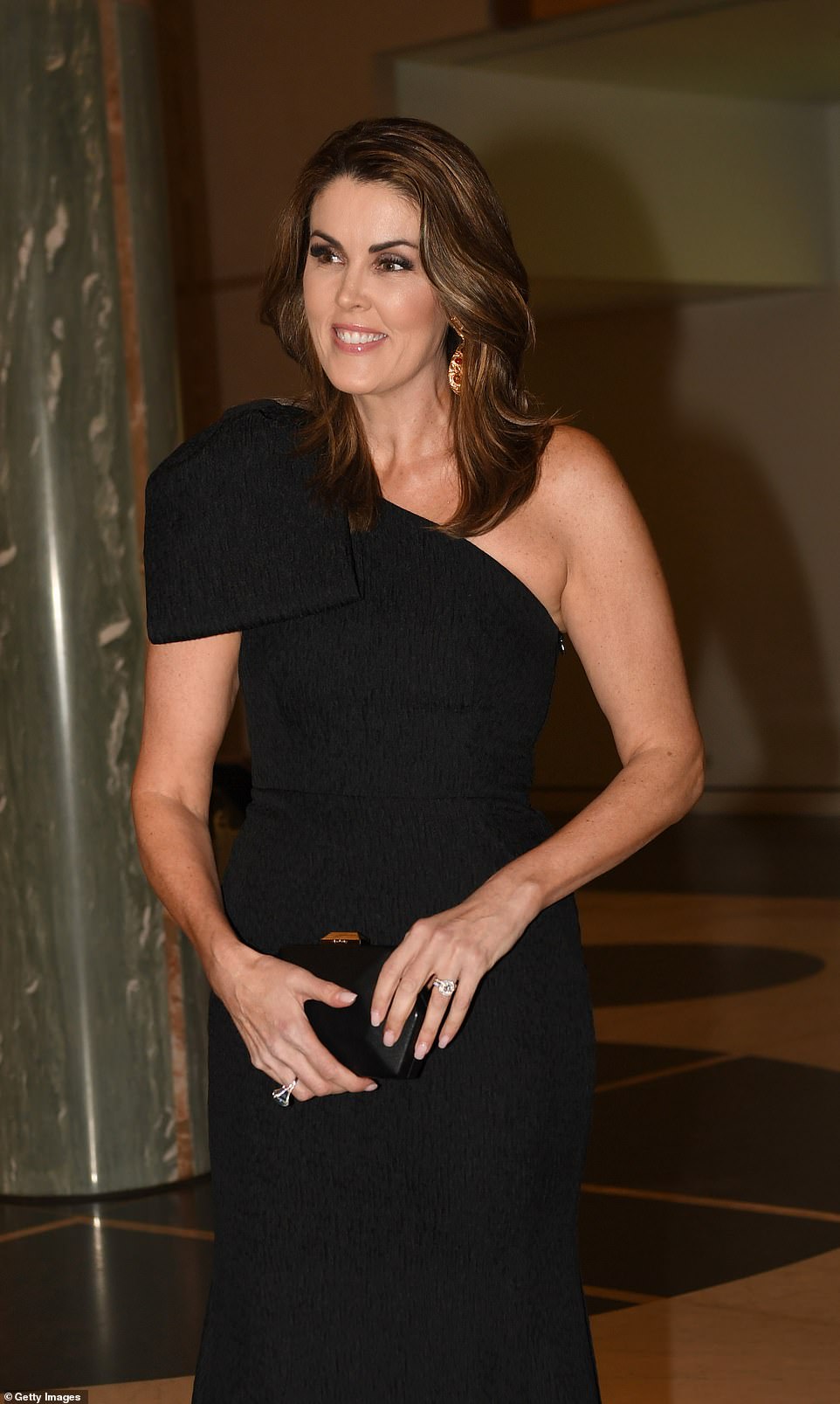 A sunrise ride in a Royal Australian Air Force hot air balloon with Defence Minister Linda Reynolds was won by a lone bidder for $3500.

Another lone bidder, paying $5000, will enjoy a three-course meal and wine with Labor leadership duo Anthony Albanese and Richard Marles. 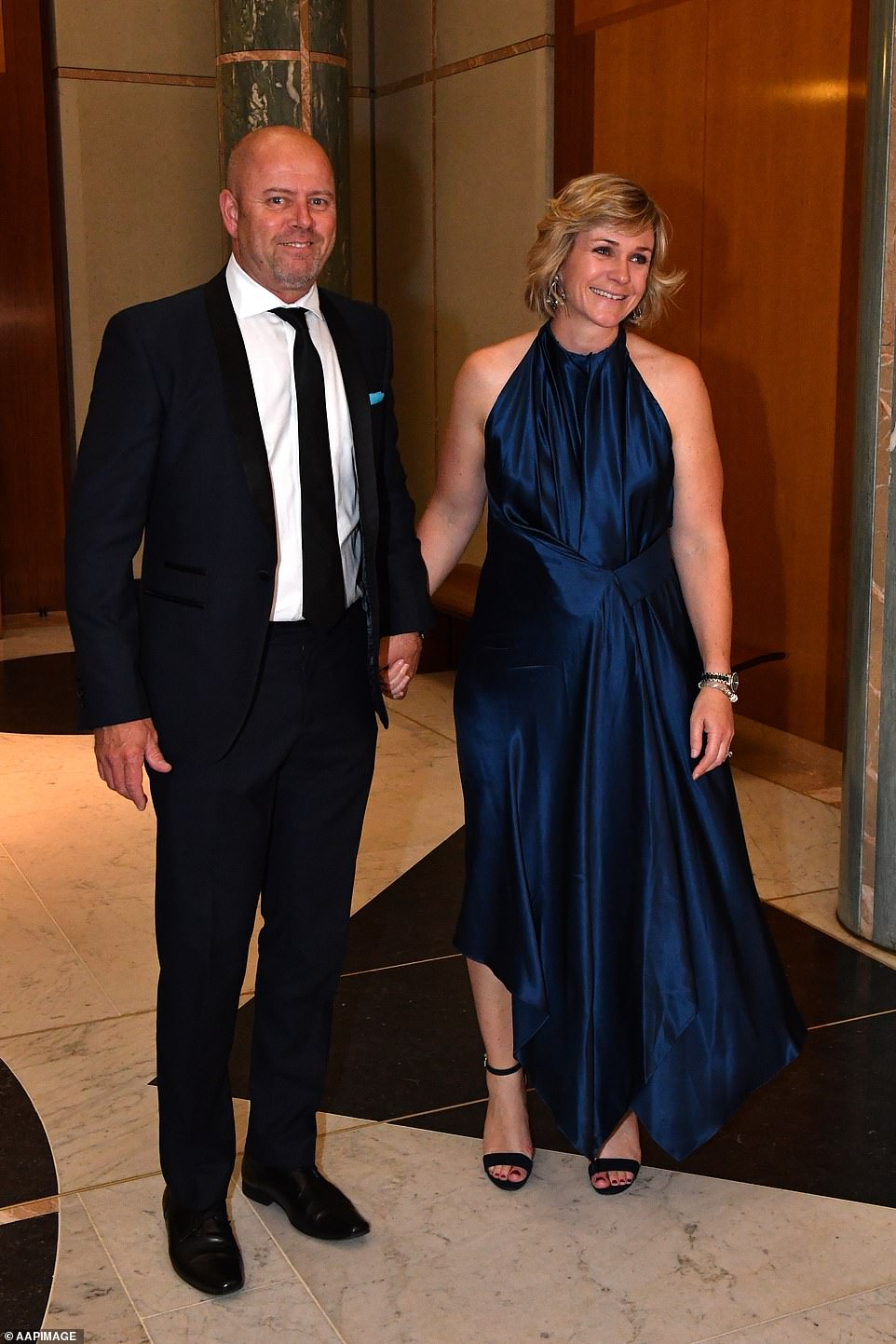 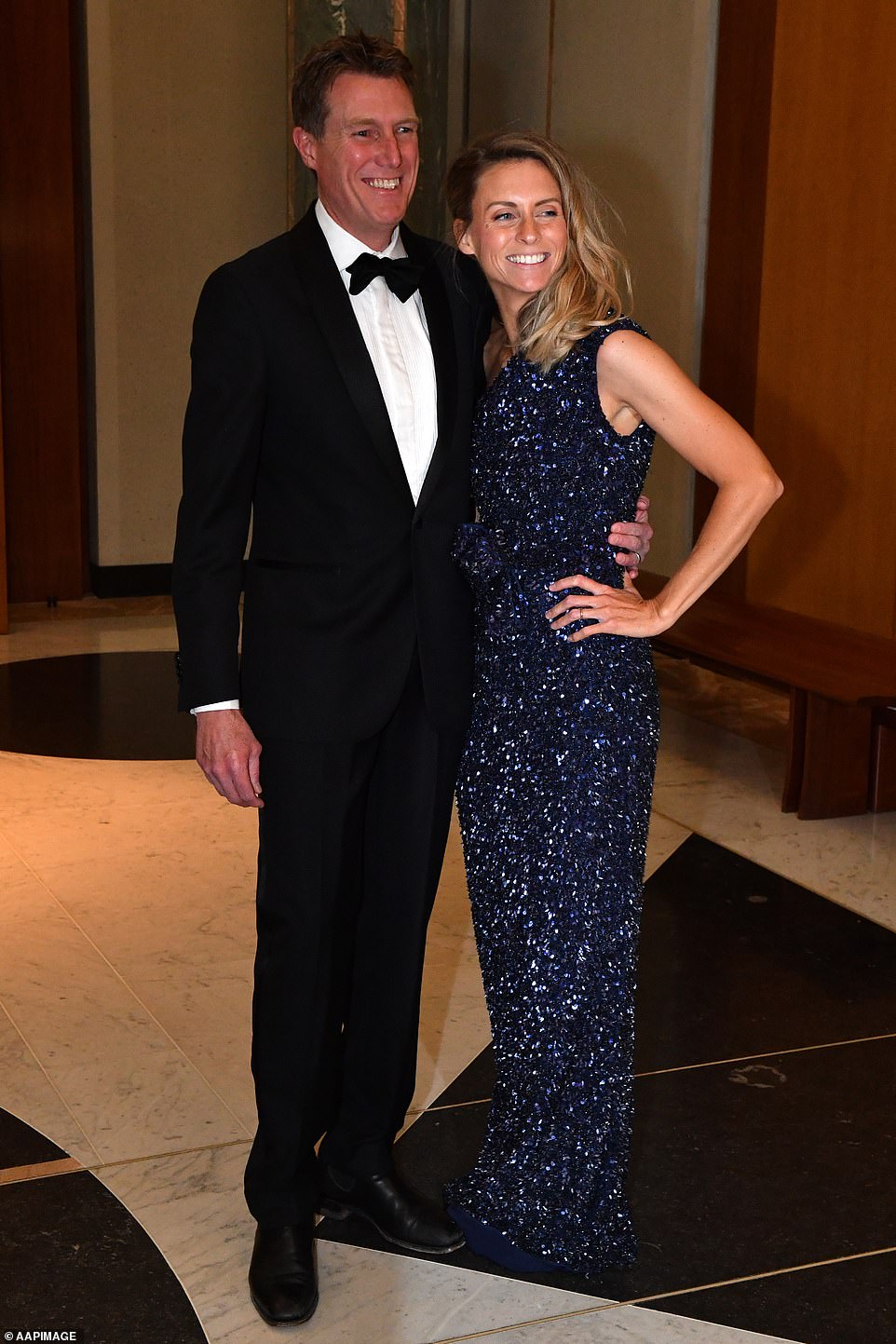 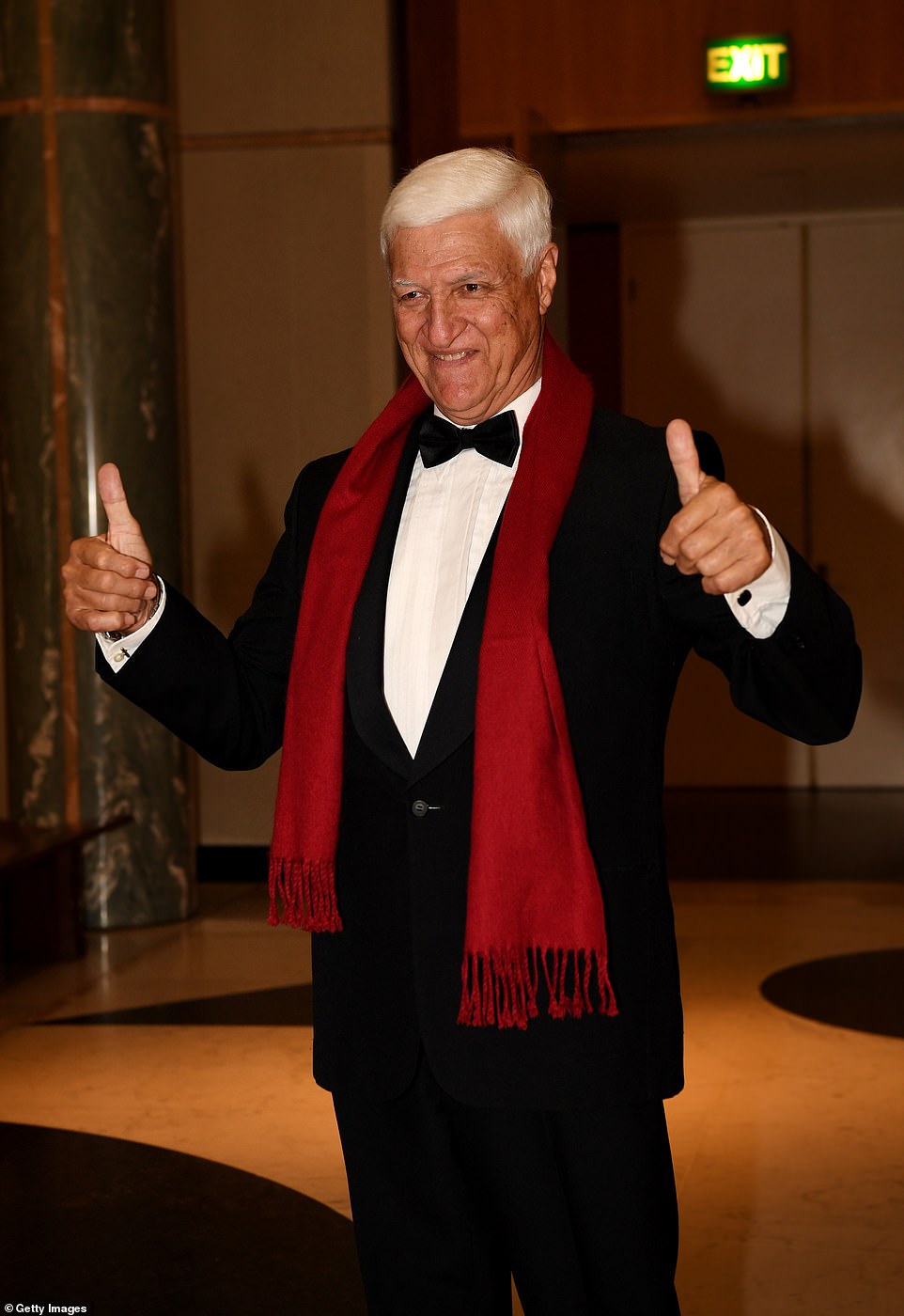 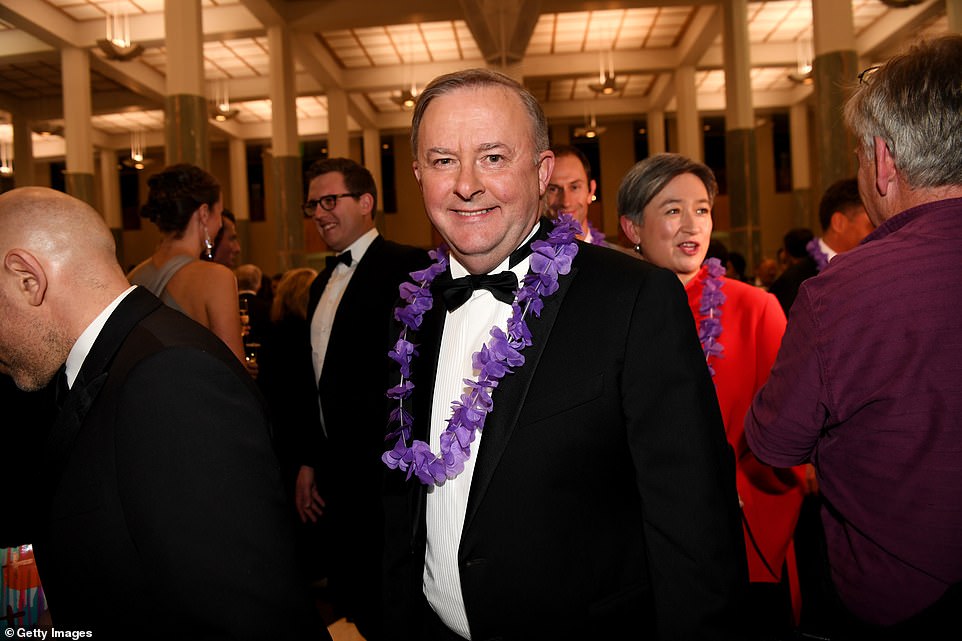 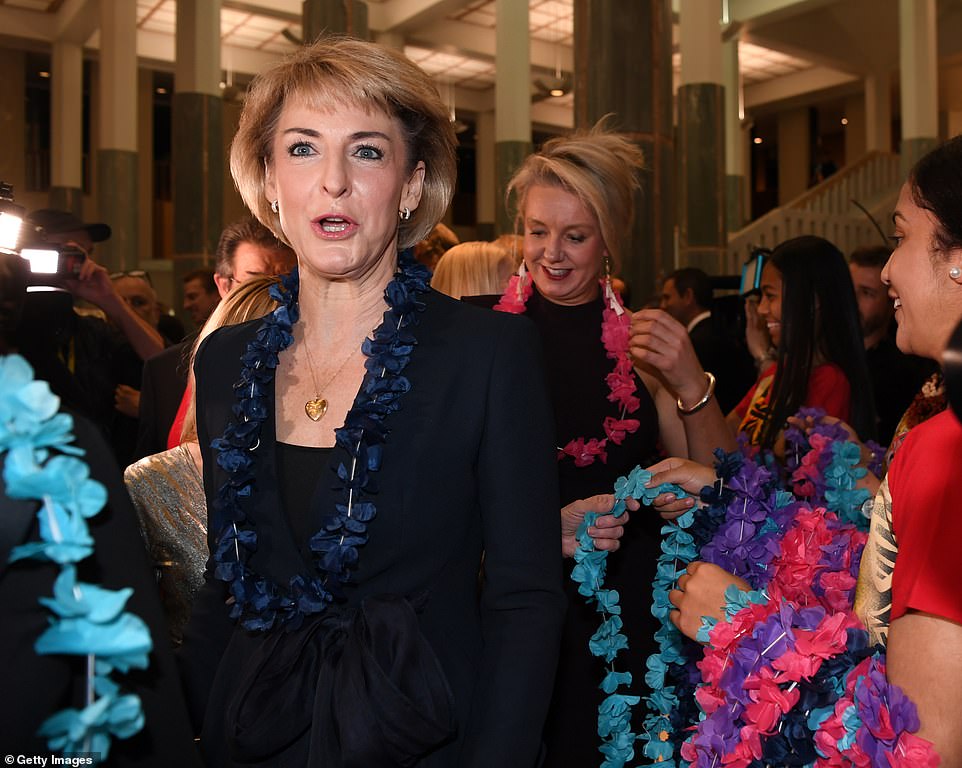