Neville Power, the chairman of the federal government’s National COVID-19 Coordination Commission, has suggested a resumption in travel between Australia and China. Mr Power was previously the chief executive of Fortescue Metals Group, one of Australia’s major iron ore exporters to China

Australia could soon set up a travel bubble with China, a coronavirus official with mining industry links says.

The national border was closed on March 20, almost six weeks after a China travel ban was imposed to prevent the spread of COVID-19 from its source in Wuhan.

Prime Minister Scott Morrison has declared overseas travel beyond New Zealand would be unlikely ‘anytime soon’ as part of a drive to keep infection rates low.

Nonetheless Neville Power, the chairman of the federal government’s National COVID-19 Coordination Commission, has suggested a resumption in travel between Australia and China, along with Japan, Korea and Indonesia.

Mr Power was previously the chief executive of Fortescue Metals Group, one of Australia’s major iron ore exporters to China. 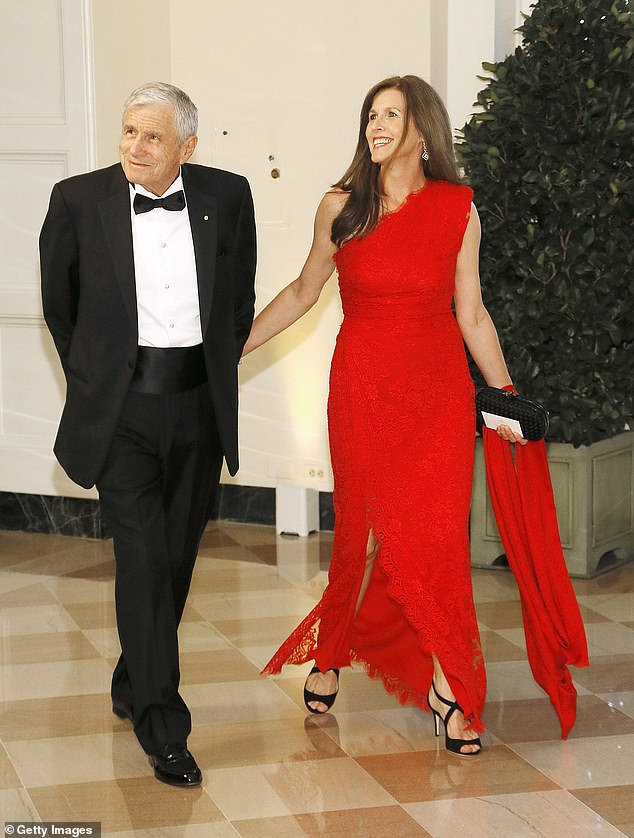 The West Australian newspaper, which Mr Power spoke to, is linked to Seven West Media chairman Kerry Stokes (pictured with his wife Christine Simpson Stokes) – a billionaire with significant business interests in China through his mining equipment dealer company WesTrac. Mr Stokes last week used the front page of his newspaper to demand Australia appease China by backing away from its call for an inquiry into the origins of COVID-19

‘There are opportunities within that to look at specific destinations and specific testing — departure and arrival testing — so that critical activities and key travel can get going earlier,’ he told The West Australian.

‘We have very significant trade links with Japan, Korea, China so there may be opportunities to restart that.’

The West Australian newspaper, which Mr Power spoke to,  is linked to Seven West Media chairman Kerry Stokes – a billionaire with significant business interests in China through his mining equipment dealer company WesTrac.

Mr Stokes last week used the front page of his newspaper to demand Australia appease China by backing away from its call for an inquiry into the origins of COVID-19. 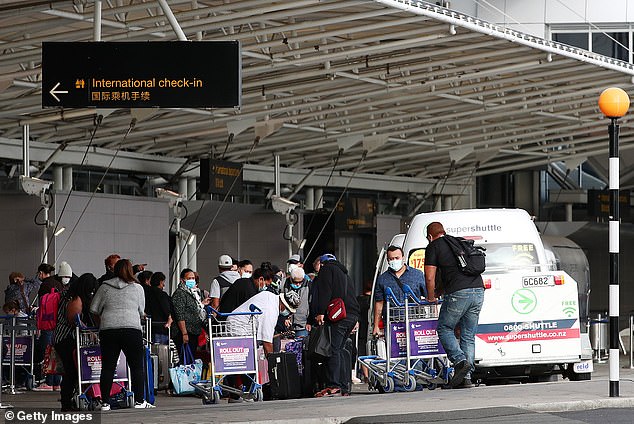 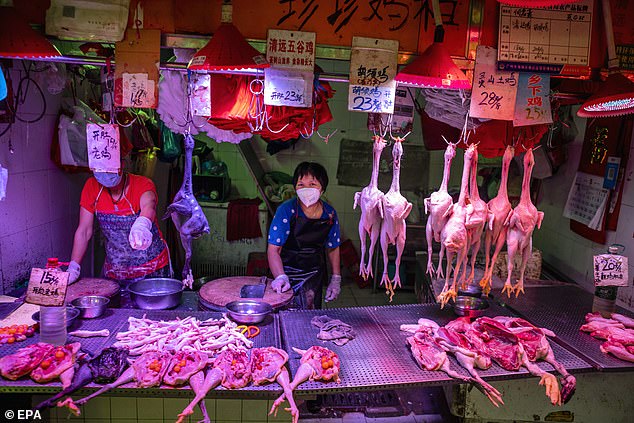 Australians may soon be able to go to a few key destinations in Asia, including China where the COVID-19 outbreak began (pictured, a wet market up and running in Guangzhou on May 4)

His observations were made before the Australian Bureau of Statistics revealed Australia had a record trade surplus of $10.6billion in March, despite the coronavirus, as China ramped up its demand for Australian coal and iron ore.

‘Our resources sector relies very heavily on those Asian markets and there may be need for travel there,’ he said.

The coronavirus outbreak began in China in December, infecting 82,000 people and causing 4,600 deaths.

South Korea has also relatively well during the global health crisis, with 10,806 infections and 2,255 deaths. 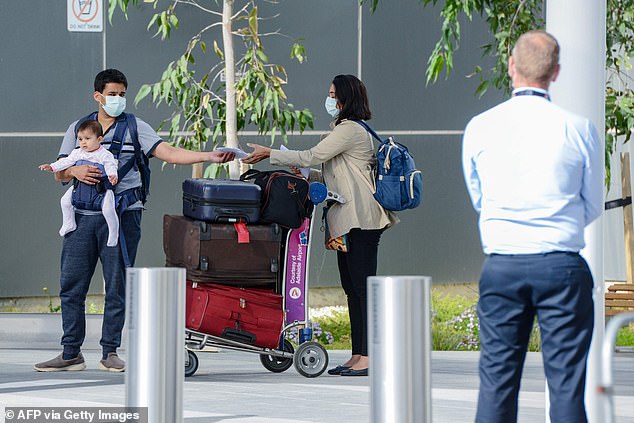 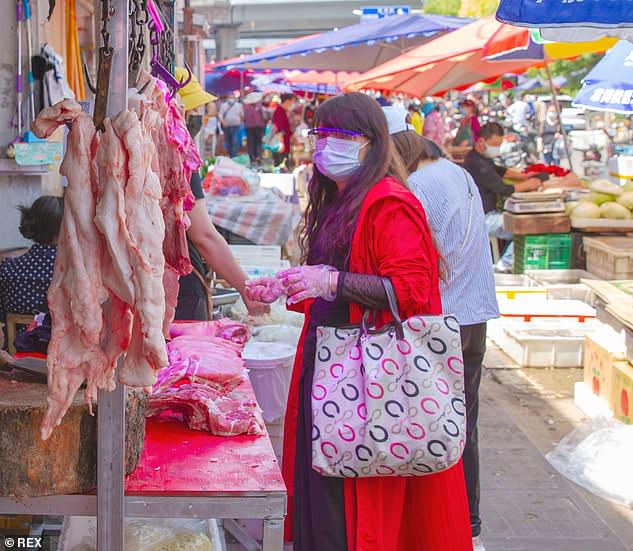 A woman is seen shopping at a wet market in Wuhan, the epicentre of the deadly virus, on April 29 (pictured)

HOW SAFE ARE THESE ASIAN COUNTRIES?

These are their reported COVID-19 stats.

The idea of the ‘trans-Tasman bubble’ is that the movement of people and free trade would once again flow normally, while the rest of the world remains in COVID-19 lockdown.

Federal Liberal MP Dave Sharma, a former ambassador, said that trade and travel to the Pacific Islands should also be considered, as their governments had done a ‘good job’ in limiting the COVID-19 spread.

‘By allowing normal air links and tourism to resume, we would provide a lifeline for many of these small economies,’ he wrote in The Australian.

‘The Pacific Islands could once more begin to access their biggest tourism markets, Australia and New Zealand.

‘And it would provide an opportunity for many Aussies and Kiwis to take a holiday in our region, rather than further abroad, and get to know our own neighbourhood a little better.’ 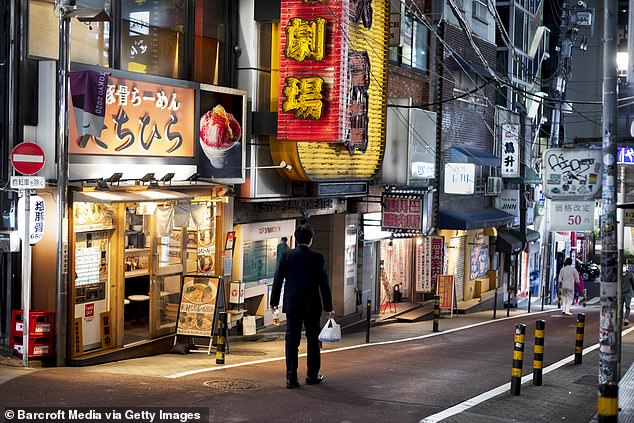 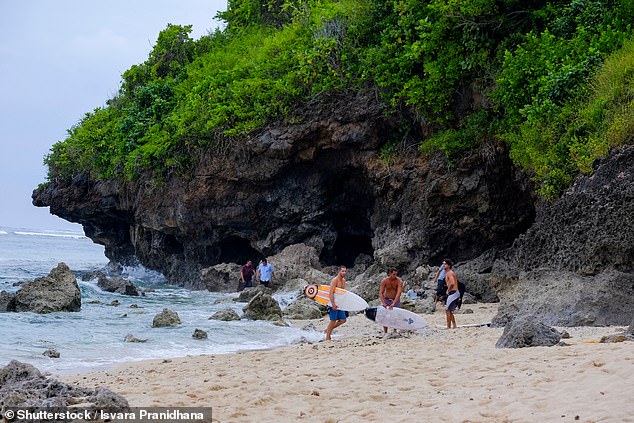 Australia may even consider opening up travel with Indonesia, Nev Power, the chairman of the government’s national COVID-19 Coordination Commission (pictured, a Bali beach)

New Zealand Prime Minister Jacinda Ardern said both countries would need to be confident they would neither import or export cases before travel between them is allowed.

Ms Ardern joined Australia’s coronavirus cabinet meeting on Tuesday for the neighbouring countries to discuss reopening their borders to trans-Tasman travel following their successes in containing the disease.

Following the meeting Ms Ardern said the logistics of how the ‘travel bubble’ would work were still being discussed.

She said the ‘trans-Tasman bubble’ would likely not include a quarantine period.

‘People wouldn’t travel if they had to stay on either side in quarantine for a two-week period and have to do the same when you return. But there is still a lot of work to be done before we can progress an idea like that,’ she said. 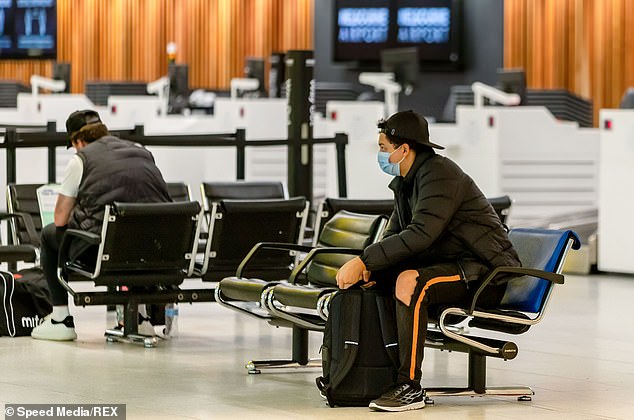 Both countries have a COVID-19 mortality rate of just 1 per cent and have boosted their medical equipment reserves as they plan to slowly reopen their economies, including restarting travel across the Tasman sea.

New Zealand recorded its second day in a row of zero cases on Tuesday following a strict four-week lockdown, and just one new case on Wednesday.

Last week, when the idea of the bubble was floated, Ms Ardern said she didn’t want to move too quickly to reopen the borders.

She said she was not willing to jeopardise the position that New Zealand had got itself into by moving too soon.

Ahead of the meeting on Tuesday, New South Wales Premier Gladys Berejiklian, said she was hopeful that a travel ‘hub’ could be formed between the two countries. 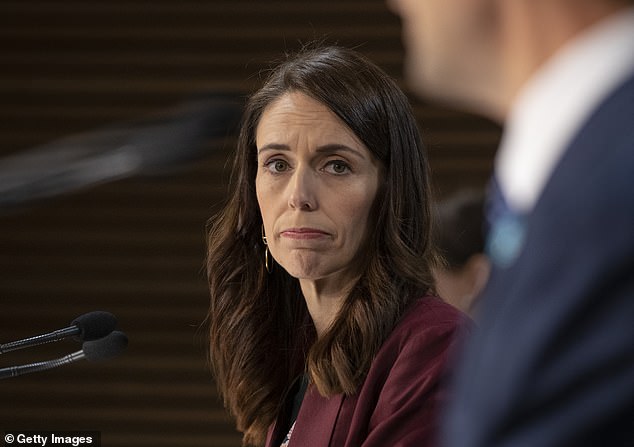 ‘We know that unfortunately international travel is a mid to long term vision, so if can establish a hub between New Zealand and Australia I think that would be a very positive move,’ Berejiklian said.

‘I’m hoping that we’ll get to a stage where our state borders can be relaxed and then we can potentially have a phenomenal New Zealand and Australia cooperation which would allow us to pull our economic resources, pull our trade opportunities but also move together into the future.’

The move would give the tourism industry a much-needed boost as international tourism is likely to remain banned for many months. Both countries closed their borders to travellers in March as the coronavirus crisis escalated.

The move brought the travel industry to a crashing halt and saw thousands of workers with jobs.

Airlines have been struggling to stay afloat amid the pandemic.

Virgin Australia was the first to fold with the company going into voluntary administration two weeks ago owing almost $7 billion.

Qantas has recently secured funding to keep ensure the company survives until December 2021.

It is preparing to lose $40 million a week until the travel industry recovers. 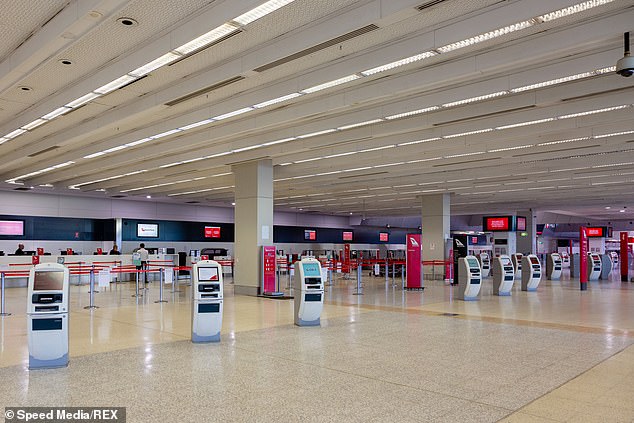 An empty Melbourne airport is seen on April 21 (pictured), after a coronavirus travel ban was put in place across Australia