Australia’s richest suburbs where salaries of $240,000 are NORMAL

Australia’s richest and poorest suburbs have been revealed in telling new data.

Sydney’s eastern suburbs dominated the top 10 richest suburbs list according to taxation statistics by the ATO.

Two Melbourne postcodes and just one Perth postcode made the list while the poorest suburbs were mainly in regional Queensland.

The highest paying jobs were in medicine, mining and executive positions while the lowest paid were in hospitality. 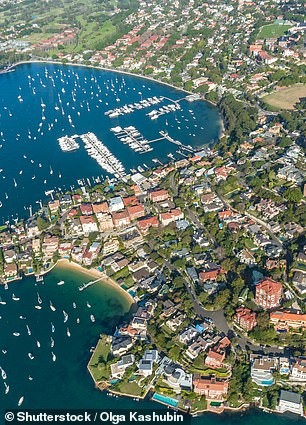 The neighbouring postcode of 2027 which includes Darling Point, Edgecliff, HMAS Rushcutters and Point Piper came in second with an average of $198,828.

In third place were the affluent Melbourne suburbs of Toorak and Hawksburn in the 3142 postcode area, with an average taxable income of $196,816.

Seventh, eighth and ninth place were all taken by suburbs in Sydney’s lower north shore while the waterside suburbs of Cottlesoe and Peppermint Grove in Perth took out tenth place – the only entry from a suburb outside of NSW or Victoria. 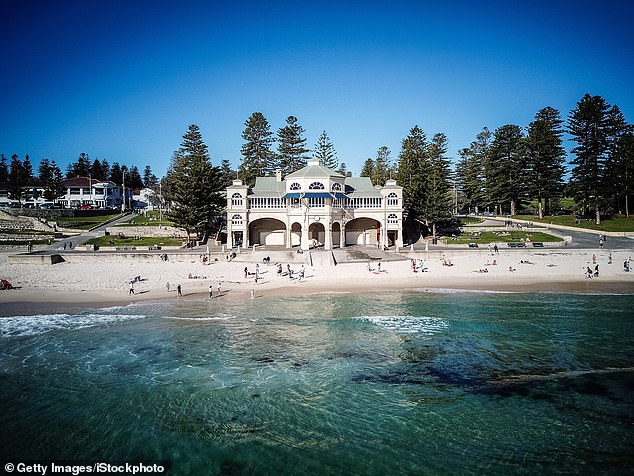 Cottlesoe Beach (pictured) in Perth postcode 6011 was the tenth richest area in Australia with an average taxable income of $167,090

On the opposite end of the spectrum, Australia’s 10 poorest postcodes included six Queensland postcodes, two from NSW, one from Victoria and one from SA.

The central Queensland suburbs of Tablederry and Muttaburra in postcode 4732 had the lowest average taxable income at just $14,681.

Another Queensland postcode 4426 including Jackson, Jackson North and Jackson South was the second poorest with an average of $19,396.

In third were Newcastle University and Callaghan (2308) in NSW with an average taxable income of $21,054.

Four more Queensland postcodes finished the rest of the list except for SA’s 5308 in sixth place, NSW’s 2387 in seventh place and Victoria’s 3889 in eighth place. 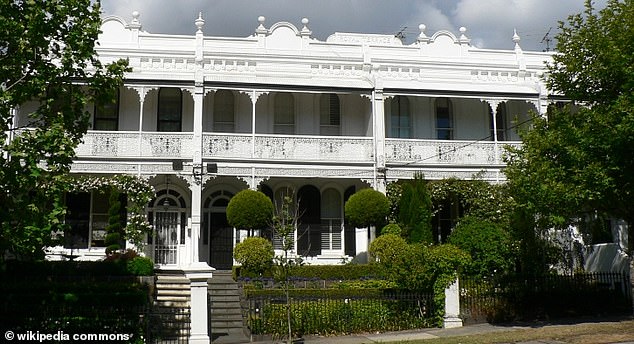 Pristine white terrace housing in Toorak, Melbourne. Toorak and Hawksburn in postcode 3142 was the third richest Australian postcode with an average taxable income of $196,816 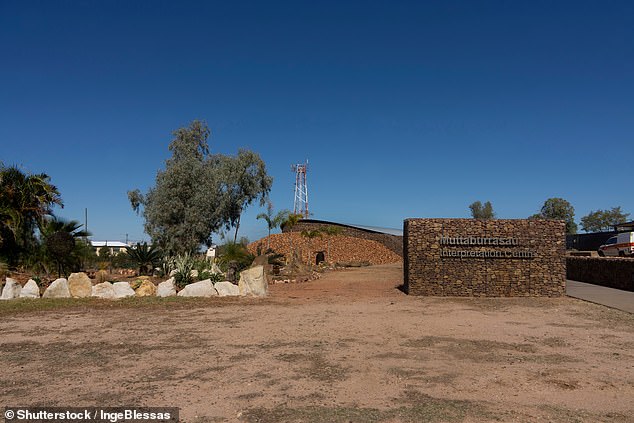 The central Queensland suburbs of Tablederry and Muttaburra (pictured) in postcode 4732 had the lowest average taxable income at just $14,681

Surgeons are the highest paid professionals in Australia with an average taxable income of $402,582.

Anaesthetists, specialised doctors who sedate and monitor patients, were second with a taxable amount of $382,674.

The lowest-earning professions were dominated by hospitality with farmers and baggage handlers also drawing the short end of the stick. 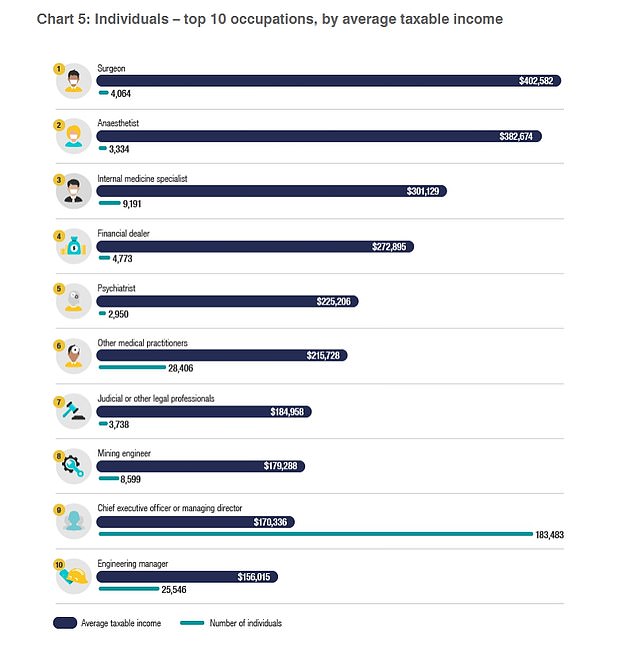 The top 10 highest paid jobs were in medicine, mining and executive positions while the lowest paid were in hospitality – an industry that has now been devastated by the COVID-19 pandemic