The polite way to describe this was as a wake-up call. But after watching his side lose their first World Cup warm-up game to Australia by 12 runs, and fast bowler Mark Wood leave the field with ankle trouble, England coach Trevor Bayliss might have reached for something pithier.

This was a match England privately felt they didn’t really need after massaging their confidence during a high-scoring 4-0 demolition of Pakistan. Sure enough, with only five days to go before the start of the World Cup, the ambivalence spilled into their cricket.

A century for Steve Smith, in his first innings against the old enemy since Australia’s sandpaper farce, was galling enough. But an England batting unit missing the injured Eoin Morgan and the rested Joe Root then made a mess of a chase of 298 which seemed under control after stand-in captain Jos Buttler butchered a 30-ball half-century.

Instead, one player after another passed up the chance to clinch victory as Australia’s seamers held their nerve. On a surface less pure than those served up during the Pakistan series, Buttler lobbed tamely to midwicket, before James Vince caressed Jason Behrendorff straight to short third man to end a pleasant 64.

Even then, they reduced the equation to a more than manageable 59 needed off 57 with five wickets in hand, only for Moeen Ali to heave leg-spinner Adam Zampa to long-on. Chris Woakes did his best with a resourceful 40, but 15 off Marcus Stoinis’s last over proved beyond the tail.

The real stuff begins on Thursday, when England take on South Africa at The Oval. But that did not excuse a curiously becalmed performance out of character with the gung-ho approach that has made them favourites to win the World Cup.

Australia’s experienced off-spinner Nathan Lyon was allowed to send down 30 dot balls in his 10-over allocation, and England did not hit a six until the 23rd over, which is about 20 overs longer than it usually takes them. Ben Stokes, meanwhile, responded to a promotion to No 4 with a scratchy 20 off 32 deliveries.

It was a deflating display, at precisely the moment England should be pumping up their tyres. Monday’s second and final warm-up, against Afghanistan at The Oval, now assumes an unexpected importance.

There were other, more physical, concerns, which were already under way before the game began. Morgan was missing after suffering a minor finger fracture during training on Friday, though he remains on course for the South Africa game. 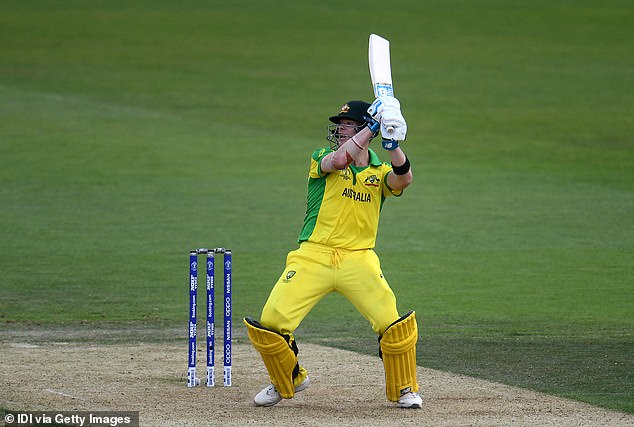 Woakes was playing because Root had been rested following the death of his grandfather, but – in a bid to manage his long-standing knee problem – was chosen as a batsman only. Adil Rashid, nursing a sore shoulder, was also given the game off, though in the end was required to bat as England’s casualty list grew.

And when the cricket actually started, things got worse. Running in to deliver the second ball of his fourth over, Wood pulled up and inspected his left ankle, already the subject of three operations during a long and troubled career.

Were a World Cup not around the corner, he might have bowled through the discomfort. Instead, he left the field – jogging, mind you – and headed to hospital for a scan. England want to take no chances with one of their two quickest bowlers, but the odds on David Willey appearing in this World Cup after being axed from the final 15 suddenly shortened. 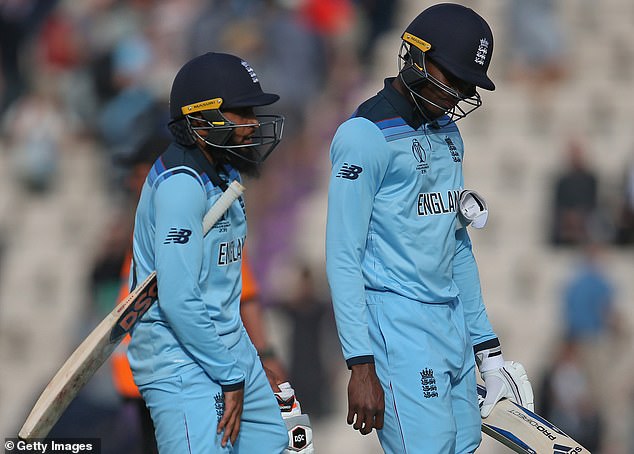 Moments later, Jofra Archer – their other quickest bowler – turned an ankle saving a boundary after coming on as a substitute. He too walked off, and for a while England’s fielders included assistant coach Paul Collingwood, who turns 43 today. Archer later returned to the field – and even batted in vain at No 11 – but it was the kind of heart-in-mouth moment the management could have done without.

The mishaps were not over. Liam Dawson, the left-arm spinner who – like his county colleague Vince – was missing Hampshire’s Royal London Cup final defeat by Somerset at Lord’s, cut a finger while backing up, and was unable to bat. With grim timing, the injured were threatening to outnumber the able-bodied.

As England fretted over their collective fitness, Smith helped himself to a smart hundred, as if it were the 2017-18 Ashes all over again. 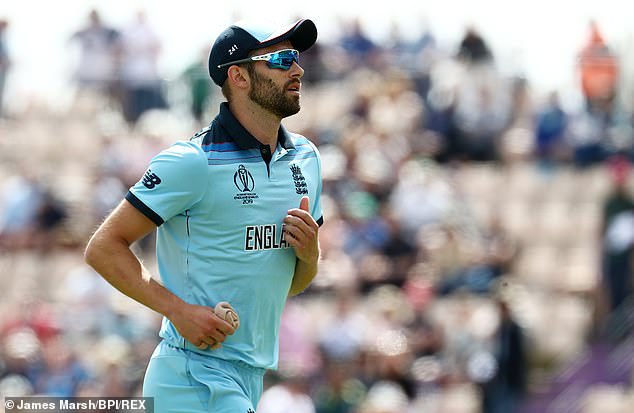 Running in to deliver the second ball of his fourth over, England’s Mark Wood pulled up

Both he and David Warner, one of his partners-in-sandpaper-crime, had emerged to jeers from an 11,500-strong Southampton crowd. But while Warner never quite got going, eventually becoming the first of Liam Plunkett’s four victims when he heaved to deep midwicket for 43, Smith made himself at home in that idiosyncratic way of his – all twitches and nudges and the occasional flash of class.

If Wood’s premature exit had any silver lining, it was that responsibility was shouldered elsewhere. Stokes looked sharper with the ball than he has done for some time, while Tom Curran showed off his variations, and both Ali and Dawson proved tough to hit.

When, to jeers from the crowd, Smith dropped Roy at slip in Behrendorff’s first over, it looked like a costly miss. Instead, Australia chipped away.

England will reason that they were disrupted by absences and injuries. But Australia rested Mitchell Starc and Pat Cummins, their two quickest bowlers, and Glenn Maxwell, their most inventive batsman.

The truth is England were off the pace. On the verge of the tournament of their lives, they have one game left to get back up to speed.