Searches for ‘ways to support small businesses’ soared by 3,124 percent in March, as Australians mount a united front to keep their favourite cafes, restaurants and fitness studios afloat during the nationwide shutdown.

Families are entertaining themselves by playing Monopoly and card games like ‘Spoons’, while amateur bakers are researching recipes from bygone eras to make simple bread with nothing but flour, butter and water.

Online searches for ‘ways to support small businesses’ soared by 3,124 percent in March. Pictured: Annie Karam, owner of Speedos cafe at Bondi Beach, hands a takeaway coffee cup to a customer on March 23, 2020

HOW TO SUPPORT SMALL BUSINESSES

The shutters came down on pubs, clubs, gyms and cinemas at midday on Monday, March 23 under the second phase of the federal government’s social distancing laws designed to slow the spread of COVID-19.

The roll out of stage three restrictions on March 30 forced the closure of all remaining non-essential services, including nail bars, beauty salons and exercise classes, leaving hundreds of thousands of employers and more than one million workers reliant on government financial support overnight.

Australians keen to show solidarity with small business owners have been ordering takeouts and buying vouchers to help their favourite retailers and eateries survive the unprecedented crisis.

How Australia is supporting workers, pensioners and the unemployed during COVID-19

The Australian government has announced a raft of measures to keep Australians in jobs and support those out of work during the coronavirus crisis.

The handouts from this tripartite initiative are broken down as follows:

WORKERS: $1,500 fortnightly payments to six million workers as part of the $130billion JobKeeper stimulus package starting on May 1.

This caters for businesses forced to stand down staff as pubs, clubs, cinemas, gyms and dine-in restaurants closed to slow the spread of COVID-19.

The payment will be paid to employers for up to six months, for each eligible employee that was on their books on March 1, 2020 and who has been kept on during this time.

UNEMPLOYED: A doubling of jobless benefits from April 27 as the $550 coronavirus supplement is added on top of the usual $565.70 JobSeeker payment. This measure was announced as part of the second $66.1billion stimulus package.

PENSIONERS AND STUDENTS: $750 payments to 6.5million Australians who are unemployed, on the aged or disability pension, are studying for a degree, qualification or an apprenticeship or are parents eligible for Tax Benefit Part B.

Thousands – even hundreds of thousands – of Australian amateur cooks have been baking their own bread, cakes and pastries since the pandemic triggered widespread panic buying and forced millions to self-isolate at home.

Searches for ‘damper bread’, a simple Australian soda bread made from flour, butter and milk or water, rose by 263 percent across the country between February and March.

British people have been searching for ‘no yeast bread’, while Americans have been researching recipes for Navajo bread, a light flatbread deep-fried in oil which was first made by the Native American Navajo people of the southwestern United States. 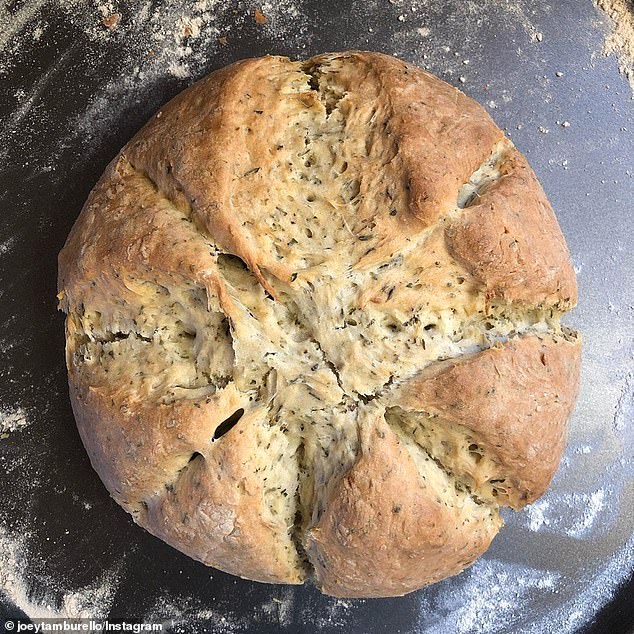 Searches for ‘damper bread’ (pictured), a simple Australian soda bread made from flour, butter and milk or water, rose by 263 percent across the country between February and March

Half a teaspoon of salt

Mix the flour and salt in a large bowl

Stir in the milk until the mixture becomes soft, but not sticky

Place on a greased baking tray and gently flatten the dough, cutting a deep cross into the top and brushing it lightly with leftover milk

Searches for ‘family games’ increased by 155 percent on Australian shores in March, with old-fashioned games like Monopoly among the top trends.

Card playing families have been entertaining themselves with ‘Spoons’, a game named for the utensil each player is trying to win a chance to grab and the word everyone is trying not to spell.

Players take turns trying to collect four-of-a-kind and when someone does, everyone tries to grab a spoon. If you’re the player without a spoon, you get assigned a letter. The last player to spell out ‘spoons’ wins.

Spoons can be played with up to 13 people, making it the perfect game for households of all sizes.

Interest in family board games rose by 1,291 in Mexico, while in Spain – one of the nations hardest hit by the coronavirus outbreak – searches rose by a staggering 2,830 percent. 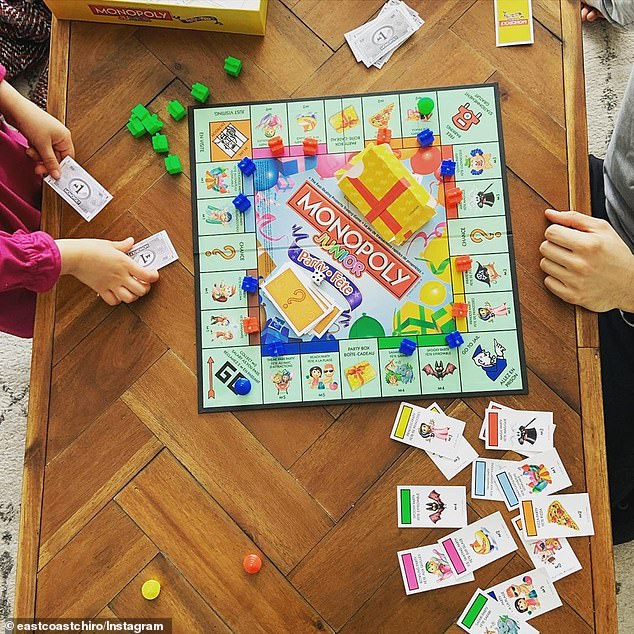 Quarantining and comfort eating appears to go hand in hand, with searches for elaborate dessert and creative cake recipes climbing by over one thousand percent from February to March.

Australians have been sharing their attempts at indulgent chocolate fudge with Baileys and Maltesers, homemade Kentucky Fried Chicken wings and even DIY Krispy Kreme doughnuts on Facebook and Instagram.

Searches for ‘mimosa cake’, a classic sponge laced with champagne, rose by 1,408 percent month-on-month in Italy, while searches for ‘fried sweet fritters’ rose by searches for ‘healthy gut recipes’ increased by 2,145 percent in Argentina. 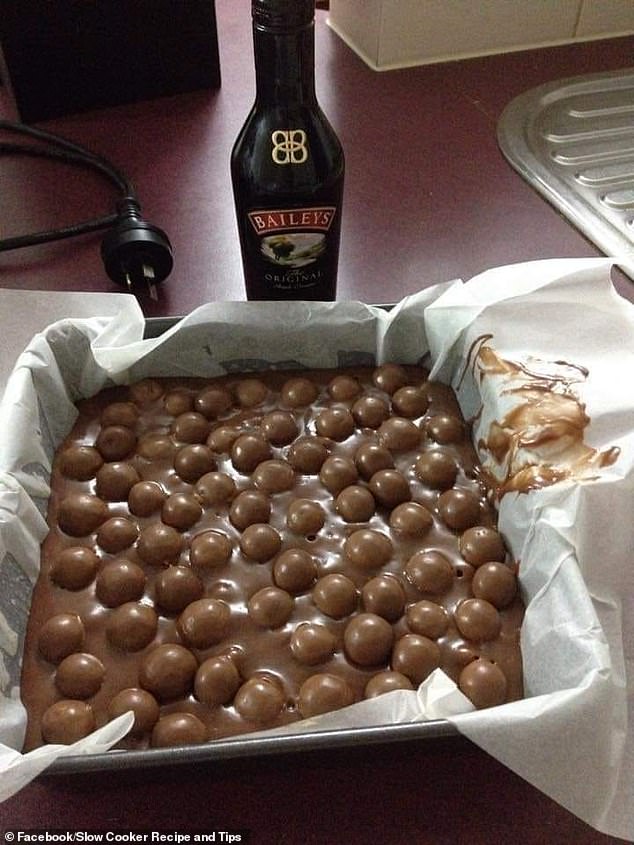 Quarantining and comfort eating appears to go hand in hand, with searches for elaborate dessert recipes – like this Baileys and Malteser fudge cake – climbing by over one thousand percent from February to March

How to make Baileys Maltesers fudge in a slow cooker

2. Stir every 15 minutes until mixture has thickened.

3. Add Baileys into the slow cooker and stir

5. Place Maltesers over the top.

6. Put fudge in the fridge and leave overnight to set.