Abandoning supermarket trolleys could land you a $5000 fine in one Australian city which is battling to stamp out the practice.

More than 230 supermarket trolleys were abandoned in four days in just one suburb, prompting an Adelaide council to crack down and enforce a maximum $5000 fine for trolley dumpers.

The City of Marion, a 20 minute drive south-west of Adelaide, collected 232 trolleys in four days after receiving complaints from the public.

The trolleys were found in the streets surrounding Adelaide’s Westfield Marion and Castle Plaza shopping centres.

‘It’s not just the City of Marion, this is happening around shopping centres right across Australia,’ he said.

‘It’s not just an eye sore, but it is actually a dangerous obstacle in some cases.’

Across social media, supermarket trolleys have been abandoned in a series of odd locations, including trolleys balanced precariously on top of four-metre high poles (pictured)

The Daily Mail has found Australian shoppers abandoning their trolleys in odd locations.

On social media, pictures have emerged of trolleys placed on top of four-metre poles and mounted vertically on wire fences.

Following these antics, Mayor Hanna said ‘[i]t is irresponsible, it is careless and we have to do something’.

‘It’s been a persistent low level problem for a long time, but because of recent complaints, Marion Council felt they had really had enough and therefore made a point of counting every single trolley that we’ve collected in the last week.’ 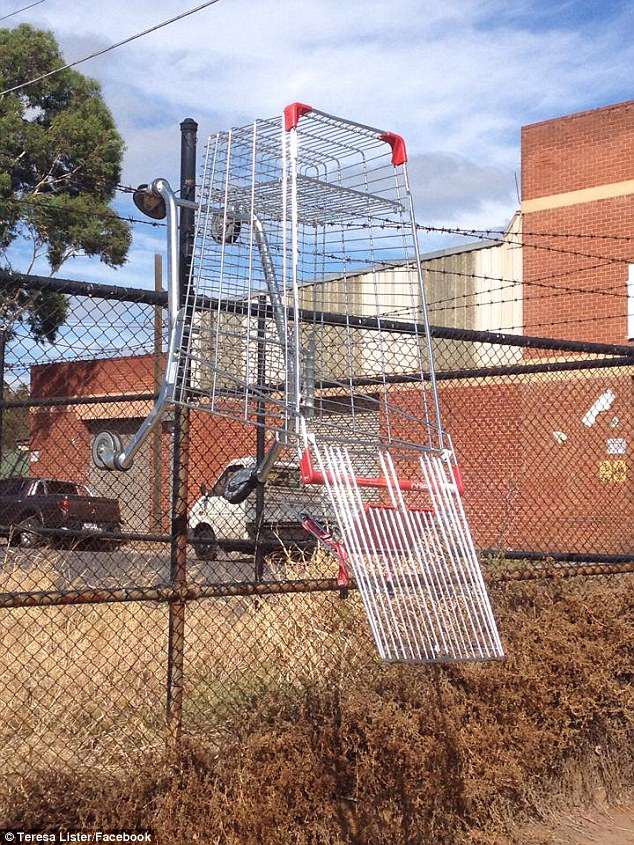 An Adelaide council has cracked down on trolley dumping and is considering enforcing a $5,000 fine for shoppers who abandon their trolleys on the streets surrounding local shopping centres

On Thursday, the council launched a campaign to stop trolley dumping, which will continue until a summit with other local councils in July.

The campaign aims to encourage residents to return trolleys to the supermarket instead of abandoning them in the street.

It is a multi-faceted campaign, which involves a video advertisement, dedicated Facebook page to report missing trolleys and letters and fridge magnets which will be posted to local people.

The council has started a dedicated Facebook page, TrolleywatchSA and released a publicity video shaming residents for abandoning their shopping carts. 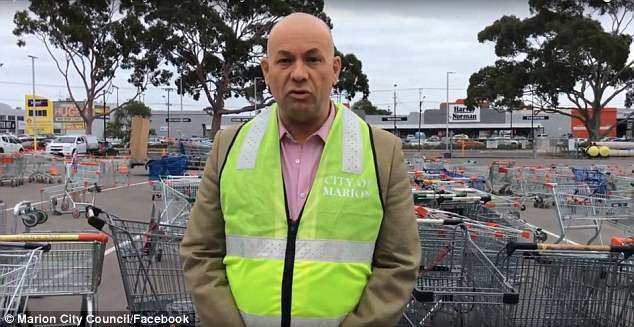 On Thursday, Mayor Kris Hanna of the City of Marion in Adelaide (pictured) launched a campaign to encourage local people to return their trolleys to shopping centres instead of leaving them on neighbourhood footpaths and streets

‘We need to fix this problem. We’re going to start fining people who leave them on the streets,’ said Mayor Hanna in the video.

‘It shouldn’t be Marion rate payers who are paying for our staff to pick them up, when they should be out fixing the reserves and the streets, what we’re paying them to do,’ said Mayor Hanna.

According to Mayor Hanna, trolley dumping is a form of littering which attracts a maximum fine of $5000. 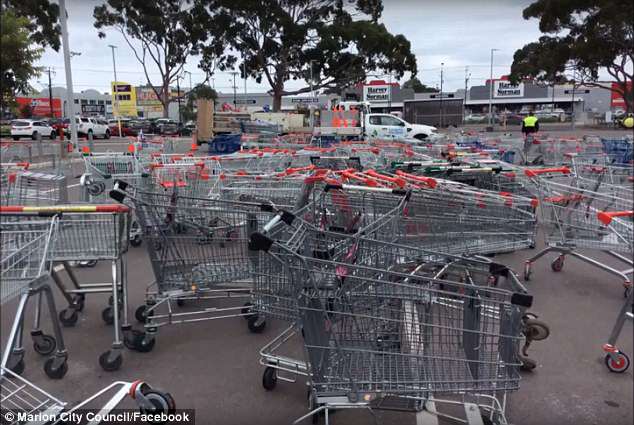 After finding over 232 abandoned shopping trolleys in four days, the City of Marion in Adelaide has launched a campaign which tells local people to return their carts to shopping centres or they could face a $5,000 fine

‘Leaving a trolley around is not going to be at the upper end of that range, but Marion Council is seriously considering fining people, atleast in a short term campaign, while we’re educating people about what they ought to be doing,’he said.

As yet, nobody has been fined for dumping trolleys, but the council is considering issuing on the spot fines in the next few months to discourage people from dumping the carts.

‘The right thing to do is to return the trolleys, but maybe we have to bring fines into the mix, along with education and other measures,’ he said. 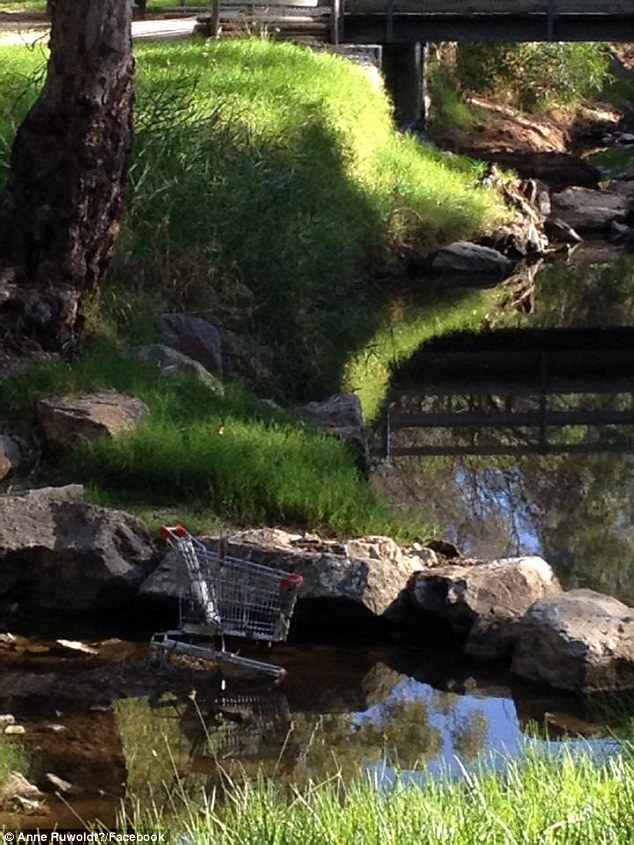 Left around the neighbourhood, these unsupervised trolleys pose a safety risk as they could roll away and crash into pedestrians and vehicles.

In addition, they obstruct footpaths and roads causing obstructions.

Mayor Hanna said the council will consider suggestions including gold coin donations, trolleys which automatically brake before leaving shopping centres and GPS tracking, in a summit with other local councils, retailers and possibly manufacturers in July.

‘[C]learly, what is being done so far hasn’t worked, some of the major retailers have a trolley collection service that goes around to nearby streets and collects trolleys. But they’re clearly not putting in enough resources to really fix that problem, he said.

‘Ultimately, it comes back to the individual responsibility and people simply not caring enough. How we solve that problem in society, I don’t know,’ said Mayor Hanna.