The Aussie duo took on Americans April Ross and Alix Klineman on Friday, hoping to win Australia’s second gold medal in the sport.

The pair had earlier defeated Latvia in straight sets winning 23-21 and 21-13 in just 43 minutes.

Team USA took an early lead in Friday’s final winning the first set 21-15 with American Ross giving her side a leg up with multiple aces.

The Americans then took the win in the second set 21-16 in a crushing blow to the Aussie duo.

Ross and Klineman were leading for the majority of the second set and were up 10-2 early on.

The Australians’ dream for gold was still alive towards the end of the final set when they began to narrow the gap but team USA couldn’t be stopped.

Artacho del Solar had played in the 2016 Games with her then partner Nicole Laird and didn’t win a game while Clancy made it to the quarter finals with her teammate Louise Bawden.

The new duo got together in 2017 and took away a silver at the 2018 Commonwealth Games.

The first gold medal in beach volleyball was won by Cook and Pottharst on Bondi Beach 21 years ago, and it was the spark that ignited the flame for Australia’s latest combination.

A teary Cook was captured watching on from home with her partner at the conclusion of the final. 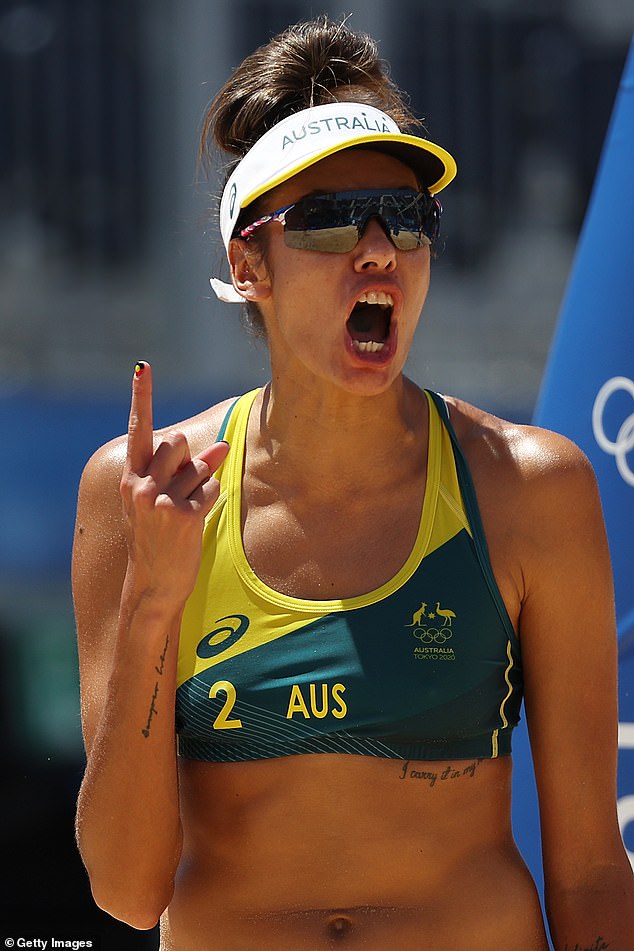 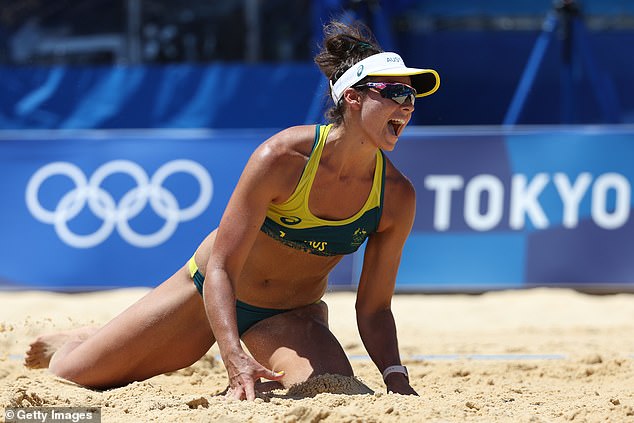 ‘It means a huge amount, we want to get our sport back on the international stage. In Australia we want to inspire the next generation,’ Artacho del Solar said earlier.

‘This is where my dream started by watching them (Cook and Pottharst) … that’s how simple these moments can be.’

For Clancy, an indigenous athlete from rural Queensland, the Sydney Olympics provided a different yet equally poignant motivator.

‘I’m so proud of who I am. And I want to let all my people feel the same way,’ Clancy said.

‘My journey started from watching Cathy Freeman and the Sydney Olympics. As an eight-year-old, that was me.

‘When we get to have these opportunities, we hope we inspire the future to become Olympic athletes.’