Serial killer Kathleen Folbigg has smirked in court ahead of giving evidence during an inquiry into her convictions for killing her four children.

Folbigg, 51, was sentenced to 40 years in jail in 2003 for murdering her children Patrick, Laura and Sarah and for the manslaughter of her first-born son Caleb over a 10-year period from 1989 until 1999. All of the children died before they were two years old.

She has maintained her innocence, claiming each child died of natural causes.

Her chilling diary entries were crucial evidence used to convict her, but Folbigg claims they were not an admission of crime but the thoughts of an insecure mother.

Folbigg appeared in public for the first time in more than a decade on Monday ahead of the judicial inquiry being held in Lidcombe, western Sydney. 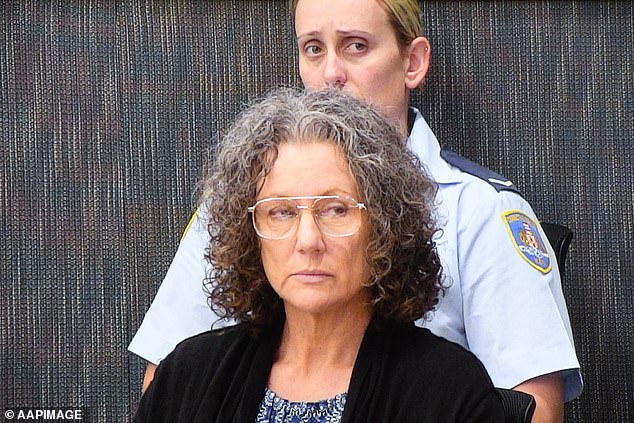 Folbigg was sentenced to 40 years in jail in 2003 for murdering her children Patrick, Laura and Sarah and for the manslaughter of her first-born son Caleb

She will explain her diary entries in an attempt to clear her name while facing questions from Gail Furness SC.

The Crown’s case against Folbigg was already being formed when her husband Craig discovered the diaries in 1999.

Detective Bernie Ryan told Australian Story in 2004: ‘From the moment I read the diary, it was a murder investigation.’

Passages included: ‘I feel like the worst mother on this earth. Scared that she’ll leave me now like Sarah did.’

Folbigg also wrote: ‘I knew I was short tempered and cruel sometimes to her. She left, with a bit of help.’

In a phone call to a friend from prison, Folbigg said the diary entries were the result of her ‘blaming myself for everything’.

‘It’s just I took so much of the responsibility, because that’s, as mothers, what you do,’ she said.

However, 19 days later, Folbigg said that she found her son lifeless in the cot. His death was ruled as being caused by SIDS (Sudden Infant Death Syndrome).

In June 1990, Folbigg’s second son Patrick was born, but at four months later he too was found lifeless in his cot, having suffered from an ‘acute life-threatening event’.

He was resuscitated but was diagnosed with epilepsy and cortical blindness. Four months later, Patrick was found dead by Folbigg.

Folbigg’s first daughter, Sarah, was born on October 14, 1992. In August 1993, Sarah, then aged ten months, was discovered dead, with the death being ruled as another case of SIDS. 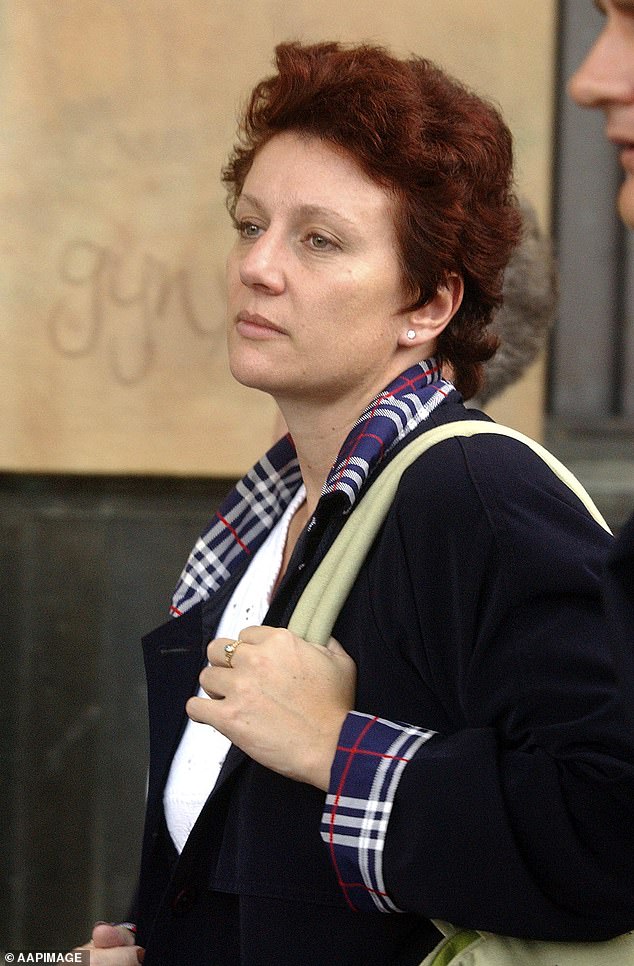 Folbigg’s second daughter and fourth child, Laura, was born on August 1997 and lived until the age of 18 months.

The Crown’s case was simply that Folbigg smothered her four children. The prosecution presented circumstantial evidence of a mother suffering from stress and murdered her children in bouts of rage.

The defence stressed that there was no physical evidence of injuries on the children and that Folbigg was a loving mother.

The trial lasted seven weeks until Folbigg was found guilty of three counts of murder and one of manslaughter.

The jury rejected the defence’s argument that the deaths were of natural causes and Folbigg was sentenced to 40 years in prison – 30 without parole – which was later reduced to 30 years.

In 2013, a group of lawyers and academics began calling for a judicial review of Folbigg’s case.

Isabel Reed, one of the barristers who began the petition calling for a review of Folbigg’s case, argued that the mother’s conviction was made based on insufficient evidence. 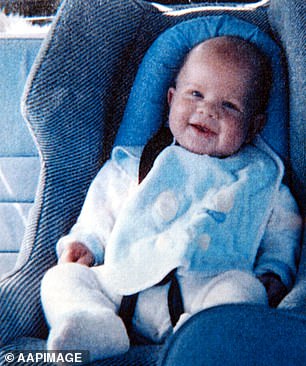 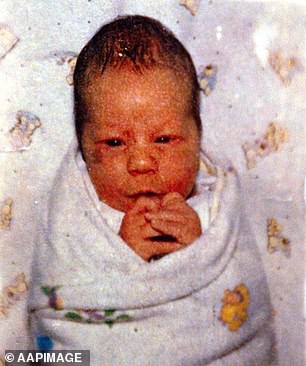 Professor Stephen Cordner reviewed the forensic evidence and his report cast doubt on the prosecution’s case.

He found that Caleb and Sarah’s deaths were caused by SIDS, while Patrick’s death was connected to his epilepsy and Laura’s was caused by myocarditis.

He also said that there were ‘no signs of smothering’.

‘The findings cannot rule out smothering in one or more of the cases, but especially in the case of Laura, not only is there an acceptable natural cause of death easily visible microscopically, it is important that there are neither general nor specific signs of compression of the face present,’ he said.

‘There is no positive forensic pathology support for the contention that any or all of these children have been killed,’ he concluded in the report.