Austrian election winner Sebastian Kurz will face an uphill battle to form a coalition this week despite his resounding success in Sunday’s poll.

It puts the 33-year-old in pole position to return as Chancellor, but he will almost certainly need a new coalition partner after his previous allies, the far-right Freedom Party (FPÖ), suffered badly in the wake of a corruption scandal.

The FPÖ’s vote dropped from 26 per cent to 17 per cent after former leader Heinz-Christian Strache was hit by further expenses allegations in the week before the vote.

Kurz’s first government collapsed in May after Strache was caught on video allegedly trading favours with a fake Russian investor. 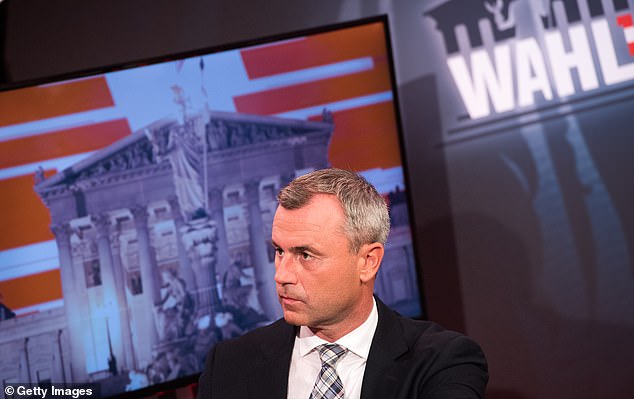 Norbert Hofer, the leader of the far-right FPÖ, reacts on Austrian TV last night after his party suffered at the polls in the wake of a corruption scandal

Dejected FPÖ leader Norbert Hofer, who replaced Strache, said steps towards the ‘reconstruction’ of the party would be announced in the coming days.

He has not ruled out expelling Strache if the expenses allegations turn out to be true.

Former judge Brigitte Bierlein has been leading an interim government since the Kurz-FPÖ alliance – hailed by European nationalists including Hungary’s Viktor Orban – fell apart over the scandal.

However, Kurz himself was largely untainted by the so-called ‘Ibiza-gate’ affair, named after the island where the incriminating footage was taken.

Kurz may now turn to Sunday’s other big winners, the Green party, who achieved their best ever result of around 14 per cent – a dramatic upswing since 2017 when they failed to enter parliament.

The Greens and the ÖVP already sit together in government in the provinces of Tyrol and Salzburg. 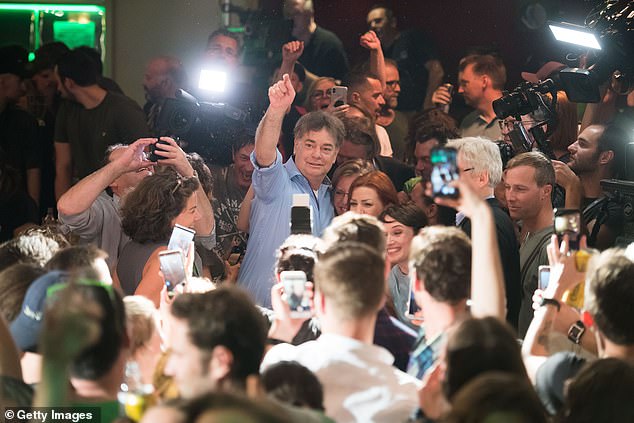 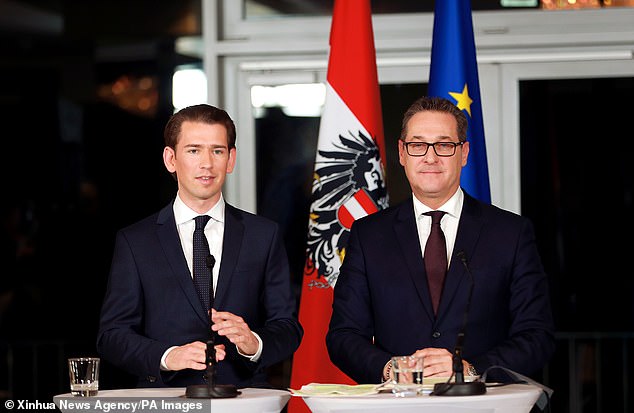 However, working together on a national level may be more difficult.

National Green leader Werner Kogler said on Sunday the party would need to reflect on whether a coalition ‘makes any sense whatsoever’.

‘Radical change’ would be necessary from the Kurz’s party, Kogler said, pointing not only to action on climate change, but also fighting corruption and poverty.

Kurz could also consider the most traditional form of governance in Austria, a ‘grand coalition’ between the ÖVP and the centre-left Social Democrats (SPÖ).

While mathematically possible, this is hampered by the fact that the SPÖ share of the vote fell five points to around 22 per cent, the party’s worst post-war result. 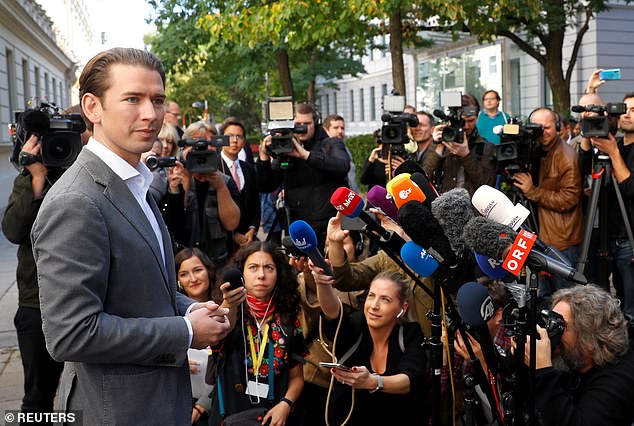 Kurz, pictured speaking to journalists after casting his ballot in Vienna yesterday, became Austria’s youngest chancellor in 2017 when he took office aged 31 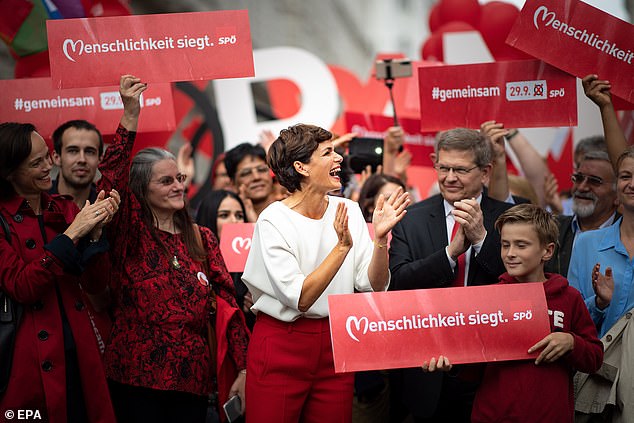 That has left SPÖ leaders unwilling to enter government, while Kurz also had several heated exchanges with SPÖ leader Pamela Rendi-Wagner on the campaign trail.

According to political scientist Peter Filzmaier, ‘Kurz has to disappoint some of his voters, no matter who he goes into coalition with’.

For example, a partnership with either the SPÖ or the Greens would be hard to explain to the some 258,000 voters who are estimated to have switched to Kurz from the far-right.

A final option for Kurz would be a minority government.

‘That has become very, very tempting’ for him, says analyst Johannes Huber.

But even this scenario would need support from another party for the ÖVP to survive key votes in parliament.

If that fails, the country could be asked to go to polls again in a few months.