Author Patricia Nicol reveals a selection of the best books on: Bees

Author Patricia Nicol reveals a selection of the best books on: Bees

This spring, when I had terrible hay fever, a friend advised buying some locally produced honey. She had a whole theory about how honey produced from local pollen would reduce symptoms.

I have no idea if it was what eased my sniffles, but it was a satisfying, soothing transaction to go into my local greengrocer and buy some honey produced in my South-East London neighbourhood. I even knew the producer, as a friend has been helping out her volunteer beekeeper father with the hives he set up, post-retirement, on the roof of a local council-run historic house.

Apparently, we are now in honey bee swarming season. Maggie O’Farrell’s novel Hamnet, a fictionalised account of the death of Shakespeare’s son from plague, contains a memorable swarming scene.

When first we meet Hamnet’s mother, Agnes, she has been called away from home to coax her bees back into their hives. At the time, she wonders what might have troubled the insects. Meanwhile at home, her son Hamnet has discovered his twin sister Judith has suddenly fallen ill. Not being able to find his mother he seeks help himself, then falls asleep next to Judith. 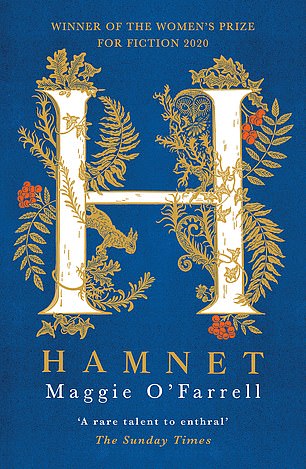 Later, Agnes is stung by the thought that if she had spent less time coaxing her bees back into their hives and hurried home, she might have been able to avert tragedy.

The Beekeeper Of Aleppo by Christy Lefteri is a very affecting novel about the horrors of Syria’s civil war and the refugee experience. Beekeeper Nuri loves the simple, ordered life he and his beloved wife Afra lead at their home overlooking Aleppo. But when war comes and their home and hives are destroyed, they must take flight, and later try to repair their relationship in exile.

The Bees by Laline Paull really is a feat of imagination. Its plucky heroine Flora, who the reader totally roots for, is a sanitation and pollinator bee determined to progress through the ranks of her rigorously hierarchical hive.

These novels are the bees’ knees. Have some toast and honey and settle down with one of them.