Author Patricia Nicol reveals a selection of the best books on: Puzzles

Author Patricia Nicol reveals a selection of the best books on: Puzzles

My family are no longer just doing Wordle, the five-letter daily word puzzle that has to be guessed in six attempts. We also like Worldle, a geographic version, where you must identify a country.

And there might well still be other options to explore.

I like the background story of Wordle — a Welsh software engineer, Josh Wardle, living in New York, invented it as a lockdown game for his partner, who loves word quizzes. After playing it obsessively, then sharing it with friends and family, Wardle released it to the world in October 2021.

By Christmas it had become an international phenomenon. In January, The New York Times bought Wordle for an undisclosed sevenfigure sum, but so far it has remained free and fully accessible. 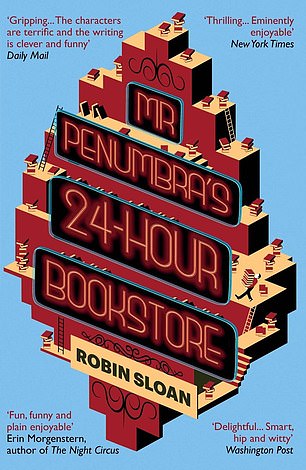 Sudoku I can take or leave, but I absolutely love Wordle, crosswords, spelling bees and competitive word games such as Scrabble and Bananagrams. Quizzes, too.

There is a puzzle element to much fiction. Detective novels, in particular, hinge on uncovering clues and following leads.

One writer who enjoys scattering breadcrumbs to misdirect her reader is Gillian Flynn.

Her bestseller Gone Girl is told by two unreliable narrators. One of them, Amy, is obsessed by quizzes. She used to write them for a living and created elaborate treasure hunts for her husband, Nick.

But when she suddenly disappears, is it a treasure hunt or a trap that has been left behind?

Another super-twisty thriller is Before I Go To Sleep by SJ Watson. Its protagonist suffers from anterograde amnesia. She wakes every day with no memory of who she is and tries to rediscover her identity via her journal. But is she sometimes being misdirected?

Mr Penumbra’s 24-Hour Bookstore is the story of a laid-off tech nerd who takes a job in an eccentric book repository only to discover that its dusty tomes contain closelyguarded knowledge, leading him to a centuries-old secret society.

This week, take some time out for yourself to enjoy a satisfyingly knotty puzzle.