Author Susanna Moore has opened up about being raped by Jackie Kennedy and Grace Kelly’s designer Oleg Cassini, saying she still blames herself more than 50 years later.

The 74-year-old revealed in her new memoir, Miss Aluminum, that she was sexually assaulted by Cassini in a hotel room when she was a young model in the late 1960s. She explained why she never reported the incident and continued to work with him on this week’s episode of The Femsplainers podcast.

Assault: Author Susanna Moore revealed in her new memoir, Miss Aluminum , that she was raped by designer Oleg Cassini in a hotel room when she was a young model in the late 1960s 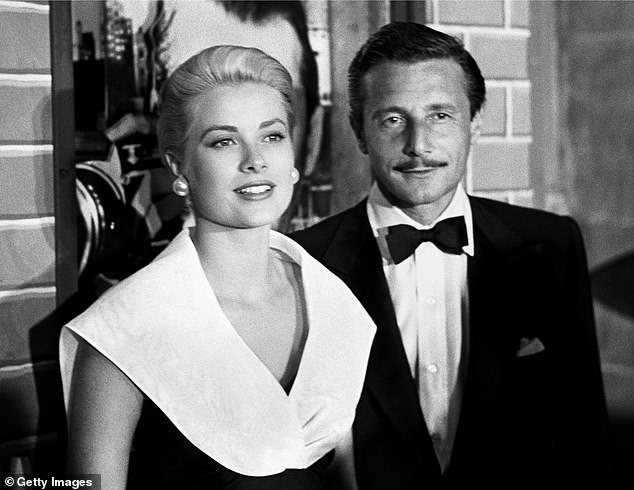 Famous faces: Cassini was worked with Grace Kelly and was engaged to her before she married Prince Rainier III. They’re pictured at the premiere for Rear Window in 1954 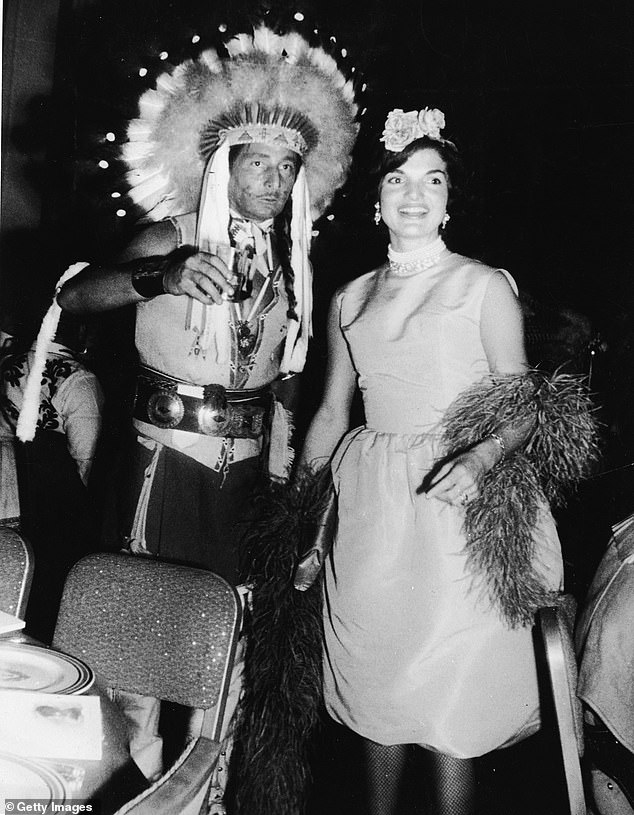 Cassini was also Jackie Kennedy’s go-to couturier when she was first lady. They’re pictured at a costume party in the early 1960s

‘He would just say I was lying or trying to entrap him. Who knows what he would say? He would say it never happened.’

Moore detailed the rape in her memoir, saying she had flown to New York to model Cassini’s new collection with model Marisa Berenson on The Tonight Show Starring Johnny Carson.

She recalled thinking Cassini, who was Jackie’s couturier and Grace Kelly’s former fiancé, was the ‘ideal of sophistication.’

After their appearance on the show, the then 55-year-old took them to dinner and then to the private discothèque Le Club, where he put his arm around her and kissed her on the cheek and the side of her head. 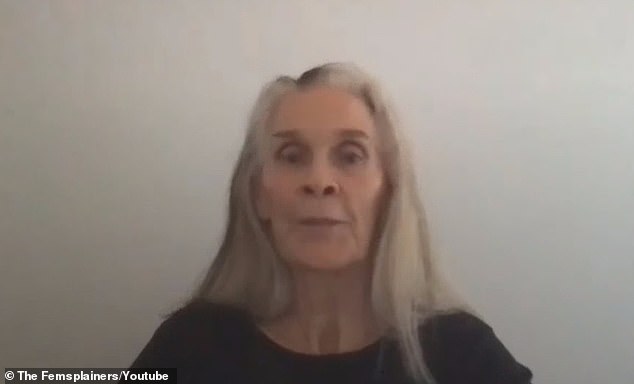 Opening up: Moore explained why she never reported the incident and continued to work with Cassini on this week’s episode of The Femsplainers podcast 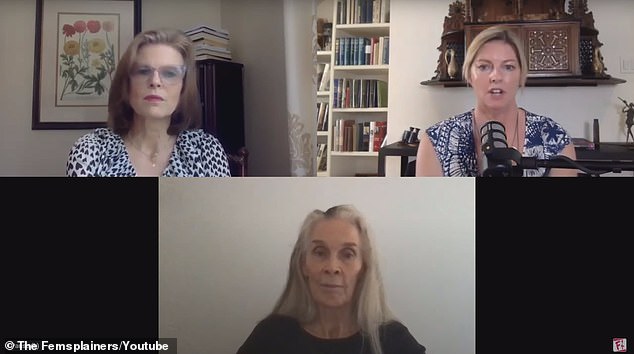 Candid: The writer told the show’s co-hosts show’s co-hosts Danielle Crittenden and Caitlin Flanagan she knew the police wouldn’t believe her because Cassini was ‘rich’ and ‘famous’

Although it ‘seemed a bit forward,’ he was also embracing Marisa, ‘which made it seem all right’ to her at the time. Later that night, Moore returned to her hotel room by herself and was in bed when she heard a knock at her door.

‘It was Oleg, and he asked if he could come inside for a moment,’ she recalled. ‘I didn’t want to sit in a chair in my nightgown and, after opening the door, I hurried across the room to the bed.

‘I don’t remember what he said, but within a minute or two, he pulled the blanket from my chest and lay on top of me, his face next to mine, his breath on my cheek.’

Moore said she tried to get out of his grasp but couldn’t. Decades later, she still asks herself why she didn’t fight harder.

‘I tried to move aside, pushing him with my knees and feet, but his hand was around my neck, pressing me against the headboard,’ she wrote. ‘I could feel his shoulder pads through the soft tweed of his jacket and there was the sour smell of champagne mixed with the scent of his cologne. 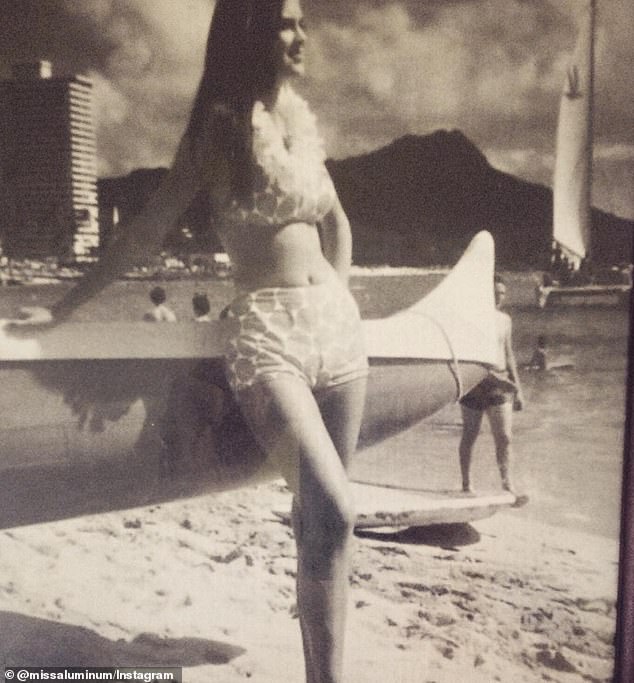 Looking back: Moore said Cassini raped her after she traveled to New York to model his designs on The Tonight Show Starring Johnny Carson 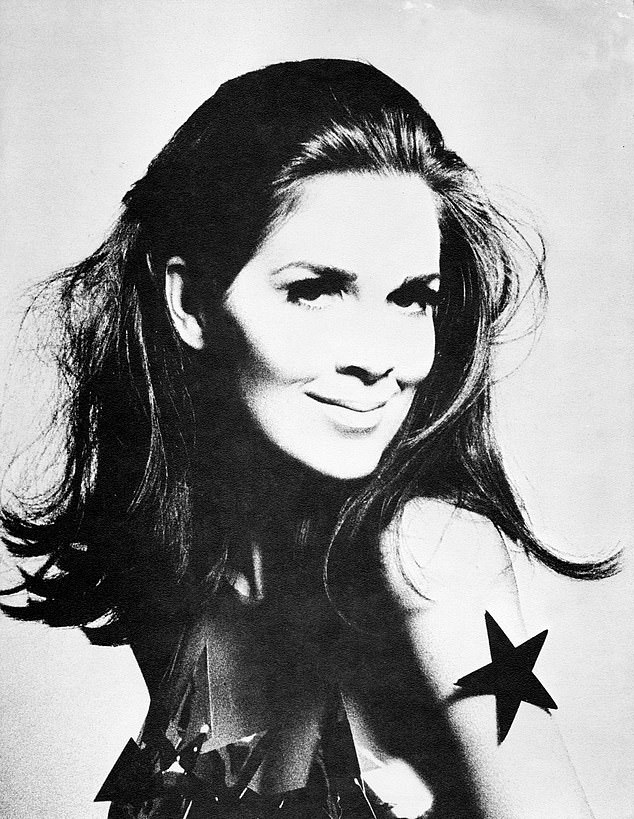 Pulling his weight: Cassini later helped get her a role as one of the ‘Slaygirl’ bodyguards in the 1967 Dean Martin film ‘The Ambushers’ for which he was the costume designer 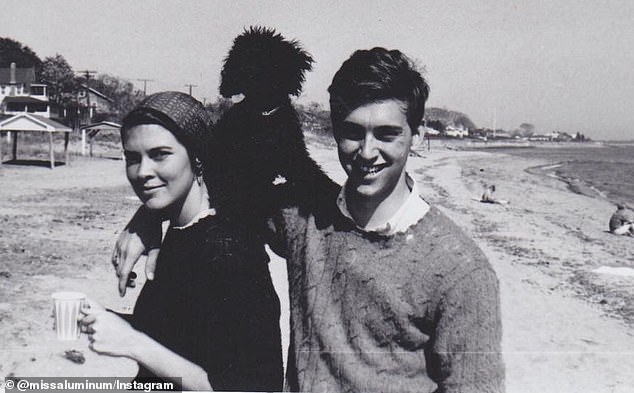 No choice: Moore said she took the job with Cassini because she needed to get away from her first husband William Langelier and didn’t have much money at the time

‘His head was between my breasts, the bristles of his mustache scratching my nipples. He lifted his hips, fumbling in his trousers as he pulled out his penis. I had bitten my tongue, and there was a taste of blood in my mouth.’

Moore described having an out of body experience as he raped her in her hotel room that night.

‘As he began to moan, I found myself crouched in a corner of the ceiling, my bare feet balanced on the molding as I watched from above,’ she said. ‘When he lifted himself from the bed with a contended yawn, I felt myself begin to fall, my arms outspread like wings.

‘”Goodnight, cara,” he said as he absently tucked his penis, its tip shiny with semen, into his trousers.’

Moore said he reminded her that they had an early flight to Chicago the next morning for a fashion show at Saks and then he was out the door. That night she made the decision to go to the airport to try and find an earlier flight so she wouldn’t have to see him again. 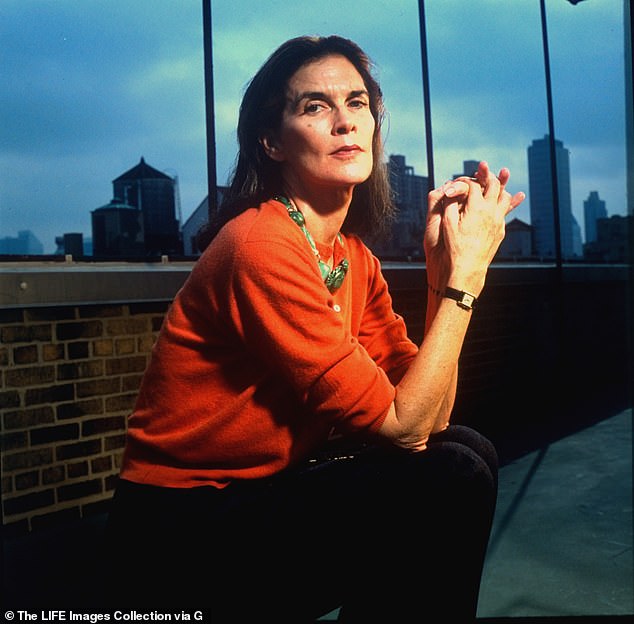 Model-turned-writer: Moore published her first novel, My Old Sweetheart, in 1982 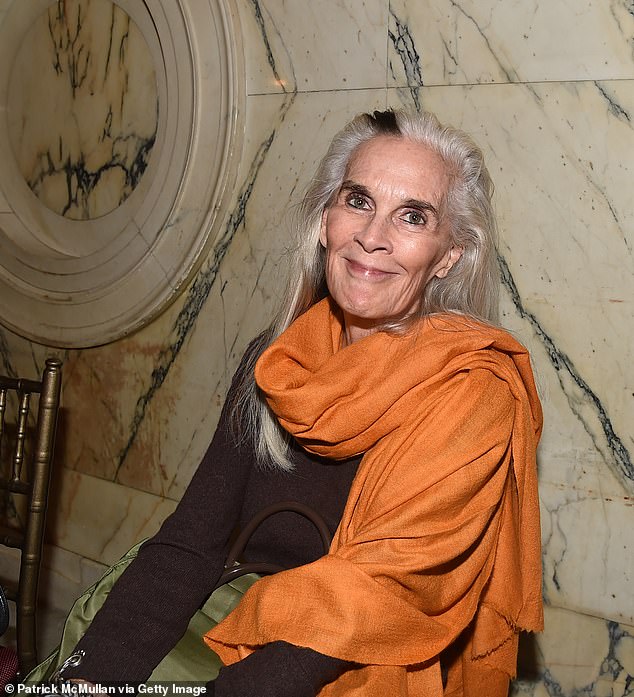 Trauma: Moore said she blames herself for the rape and continues to wonder why she let him in or why she didn’t fight harder when he got on top of her

‘I knew that if I went to the police or to the night manager of the hotel it would mean nothing but humiliation,’ she wrote. ‘I reminded myself that my husband was not working and that we did not have any money. Besides, it was my fault.’

Moore believed he would be easy to avoid because he’d be busy prepping the models before the show, and she was right. 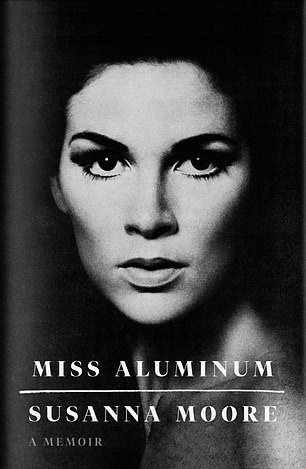 Her story: Moore’s candid memoir was published in April

‘As I’d hoped, he didn’t give me a thought, not out of shame, but complacency,’ she shared in her memoir.

The model-turned-writer told Crittenden and Flanagan that she had ‘internalized’ the trauma and blame she put on herself after that night.

‘I thought what he did was horrible, of course, evil, but I really blame myself,’ she said. ‘Why did I let him in? Why did I not ask him to leave? Why did I not fight harder? Why, again, did I not report it?’

Cassini later helped get her a role playing one of the ‘Slaygirl’ bodyguards for Dean Martin’s character in the 1967 film The Ambushers for which he was the costume designer.

‘This happened maybe a few months after the rape in the hotel,’ she said, explaining that she agreed to work with him again because she didn’t have a lot of options at the time.

‘It had a lot to do with getting away with my first husband. It had to do with having no money, and I had rationalized it somehow so I could do it and find a way not to be compromised,’ she said.

‘I did manage to do that. I don’t think I ever spoke to him, maybe in a cursory way I’d have to say good morning or hello. I was never alone with him again.’