Crews worked Thursday to recover the bodies of three people who died when the glider they were in crashed in a heavily wooded section of Vermont’s Sterling Mountain during what was supposed to be a 30-minute tour over the resort town of Stowe and the surrounding area.

While multiple agencies worked to bring the bodies off the mountain, an investigator from the National Transportation Safety Board arrived Thursday at the Morrisville-Stowe Airport in Morrisville to begin the process of determining what caused the crash.

The glider was being flown by Donald Post of Stowe, a long-time pilot for Stowe Soaring.

Post, 70, was killed in the crash along with the passengers, Frank Moroz III, 58, and his wife Suzanne Moroz, of Hamden, Connecticut.

The pilot was 70-year-old Donald Post of Stowe.He was at the controls when the glider crashed 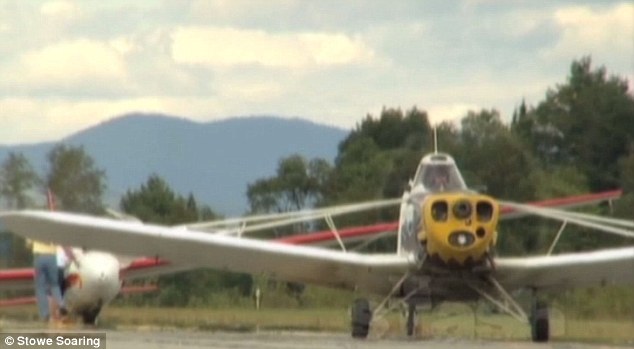 The other passengers were 58-year-old Frank Moroz III and his wife, 56-year-old Suzanne Moroz, both of Hamden, Connecticut

‘It’s a heavily wooded, dense area,’ Vermont State Police Capt. Robert Cushing said at midday Thursday at a staging area in a remote section of Morristown. Crews were being ferried from the staging area to the crash site to carry out the bodies.

Cushing said it was expected to take most of the day to recover the bodies, which would then be taken to the office of the Vermont Medical Examiner for autopsy.

The glider took off about 11:30 a.m. Monday and was disconnected from its tow plane about 20 minutes later at about 4,500 feet just north of the airport.

The flight was supposed to last about 30 minutes and other customers were waiting for later flights, said Senior NTSB investigator Brian Rayner, who flew in from Washington to investigate the crash. 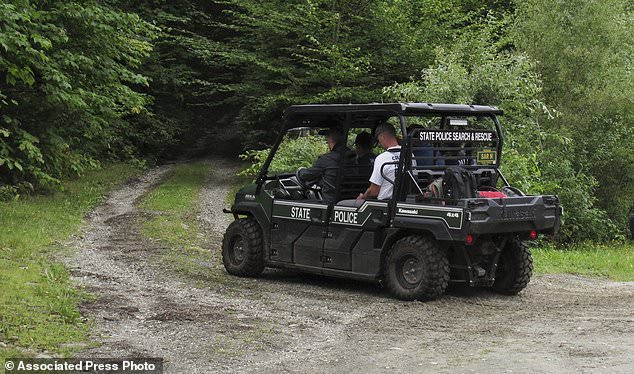 Recovery crews head into the woods of Vermont’s Sterling Mountain, Thursday to help transport out the bodies of three people killed in a glider crash

Morrisville Police were notified the aircraft was missing at about 2 p.m. A search plane spotted the wreckage at about 5:30 about 1,000 feet from the summit of Sterling Mountain. Ground crews reached the site around 9:30 p.m. Thursday and found no survivors.

The glider, identified in a tweet by the NTSB as a Schweizer SGS 2-32, carried no on-board electronics, Rayner said.

In some cases, operators carry hand-held navigation and communication devices such as GPS units and cellphones. 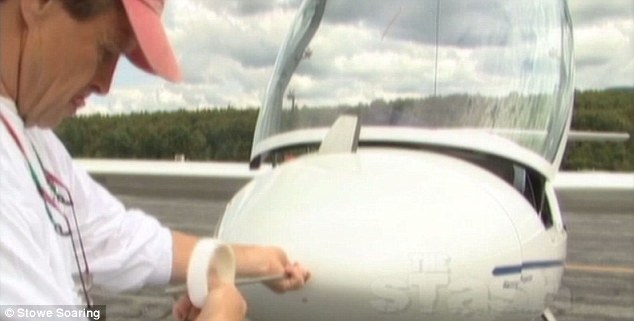 The glider left the Morrisville-Stowe airport at mid-day Wednesday. Its wreckage was found late Wednesday night in a heavily wooded area of the mountain (file photo of Don Post)

‘It is my understanding that this pilot did not utilize any of those objects and he stayed pretty close by locally and within sight of home base,’ Rayner said.

He said he would be looking at everything that could have contributed to the crash, including maintenance records of the aircraft, the physical condition of the pilot and the weather.

He said it could take a year before the investigation into the cause of the crash is complete.