Autistic boy, 4, suffers meltdown on United flight but is helped by airline crew and passengers

Mom praises United Airlines after her autistic son, 4, suffers meltdown on flight but is helped by crew who let him sit on the floor while he played with first class passengers

An autistic four-year-old who was throwing a temper tantrum on a United Airline flight was calmed down by an attentive flight crew and patient passengers.

Lori Gabriel struggled getting her son, Braysen, under control as they flew from San Diego to Houston in early August.

‘So my little flyer (he’s autistic but normally loves to fly) didn’t have such a good flight home,’ she shared in a Facebook post shared more than 1,300 times. ‘Trying to get him to stay seated was impossible he wanted to sit on the floor in the hall and in first class.’

Lori Gabriel struggled getting her son, Braysen, under control as they flew from San Diego to Houston in early August

Gabriel explained that her son was exceptionally rowdy on the flight – kicking, screaming and hitting her and her husband.

She explained to CNN that flight attendants came to her seat and told her that the aircraft couldn’t take off until Braysen was seated.

Gabriel informed them of her son’s condition and they allowed her to keep him in her lap while the flight took off. Her husband held him up until the seat belt light came off and the youngster demanded that he be allowed on the floor.

Braysen began kicking the seat of a woman seated next to the family, who happened to be an off-duty United employee.

The woman not only told the concerned mother that her son wasn’t a bother, but she also wrote Gabriel a heart-warming note that she gave to the mother at the end of the flight after she hugged Braysen. Gabriel shared the note onto Facebook.

‘I commend you or your strength,’ she said in the note. ‘Do not ever let anyone make you feel as though you are an inconvenience or a burden. He is a blessing.’ 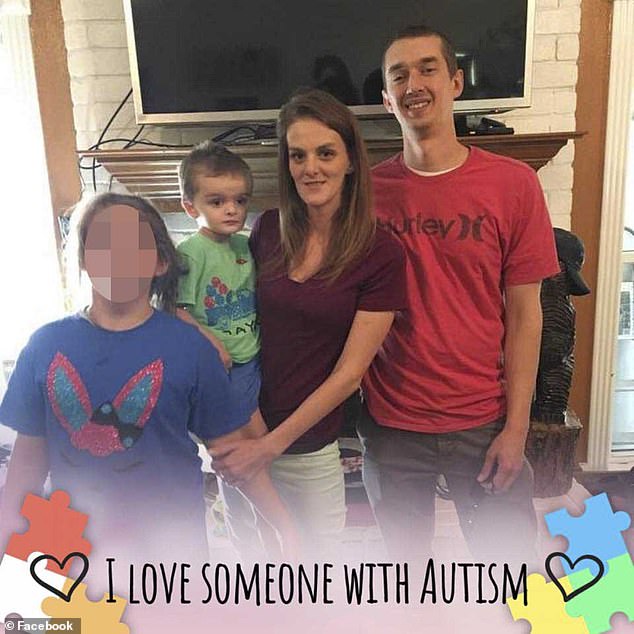 Gabriel explained that her son was exceptionally rowdy on the flight – kicking, screaming and hitting her and her husband 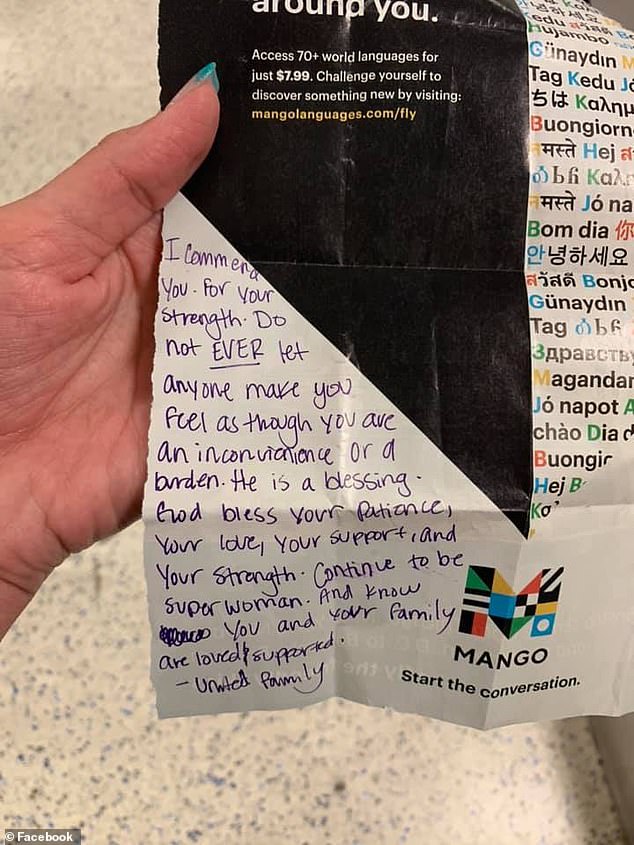 Braysen began kicking the seat of a woman seated next to the family, who happened to be an off-duty United employee. The employee wrote a note commending the mother

The employee continued: ‘God bless your patience, your love, your support and your strength. Continue to be a super woman. And know you and your family are loved and supported.’

Gabriel commented about the note in her post, stating: ‘To the lady that wrote me this note in seat 7D thank you, you may not know how much that means to us when we feel defeated. Thank you for helping and being kind.’

Included in the post were pictures of Braysen in first class and the mother shared that after leaving the flight attendant, he headed to the front of the plane and proceeded to kick a man there. 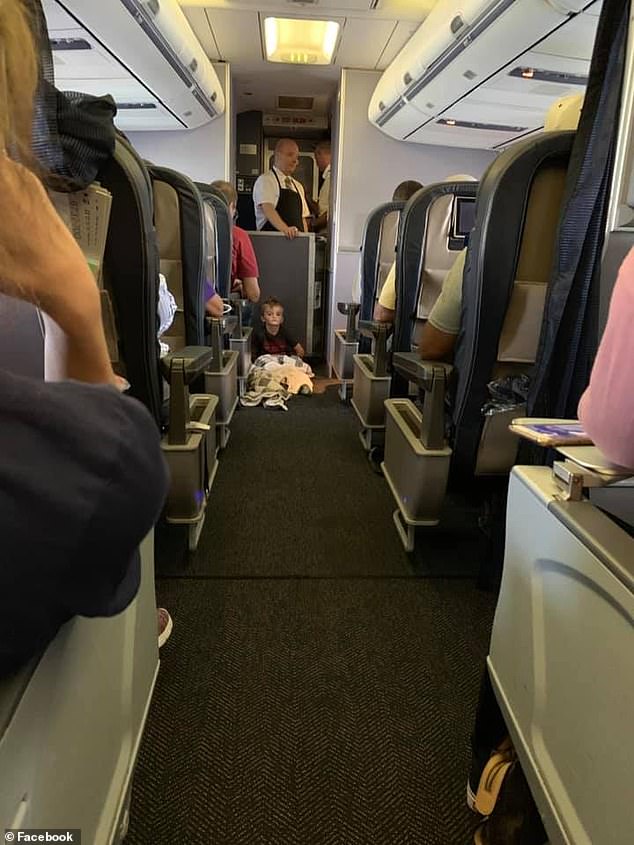 ‘So I told the man “I’m sorry,” but he said he didn’t mind, he introduced himself to Braysen and gave him high fives,’ the mother shared. ‘He said “he can kick my chair, I don’t care.”

‘Everybody in first class was kind to him, asking his name, showing him pictures on their phones, letting him sit whenever he wanted. The flight attendants kept asking if we needed anything, making sure everybody was taken care of.’

‘It sure sounds like Braysen and your family had a great flight,’ the airline said. ‘We are happy that our crew was able to make it an enjoyable experience. We are overjoyed to see that we have such loving and supportive passengers on board as well! We look forward to seeing Braysen again soon!’ 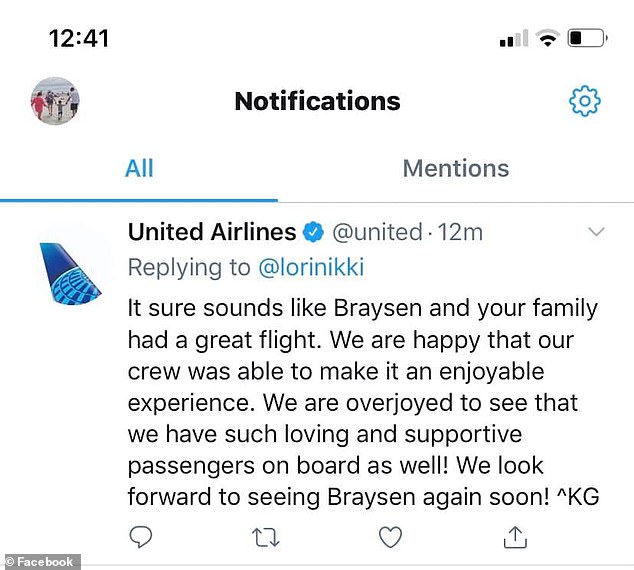